I’ve been thinking about zeroes quite a bit lately… mostly because my upcoming birthday has one at the end of it.

If you think about it, it’s strange, how much fuss we make over birthdays that end in 0.  So arbitrary.  Hashem made us with 10 fingers so we figure the world revolves around that number somehow.

And by the way, tens are an even bigger deal here in Israel!  Where in English we often talk about “dozens” of things (“there were dozens of people waiting in line,” “we’ve been here a couple dozen times already”), those are mostly referred to as “tens” in Hebrew.  It’s probably a relic of the Imperial/non-metric system, the familiarity with inches and feet, while Israel (like most of the world) is strictly metric – and tens DO make more sense to us decimal-digited folks.

Because my mother asked – despite this, eggs are still sold by the dozen here!

(For those who care more about Hebrew grammar than the numbers 10 or 12 – notice that the word for eggs is ביצים / beytzeem with an “eem” ending, but the adjectives fresh/organic are טריות/אורגניות / treeyot / organiyot with an “ot” ending.  Even though the plural of eggs is irregular, they are still feminine.  Round, smooth, white… how could they not be???)

So – tens.  They’re easy to count, easy to calculate, and we love them.  We use them to mark the passage of our lives.

That first 2-digit birthday… and then turning 20, which for whatever reason isn’t a legal milestone in most places I’ve been.  Interestingly, 20 is a halachic milestone, of sorts.

It says in the Gemara, “The Heavenly Court does not punish someone under 20 years old.”  Which is weird if you think about all the fuss we make over 12- and 13-year-olds (you can find a full and fascinating discussion of the halachic ramifications of Age 20 on mi yodeya).  But there you go.

According to Wikipedia, there are just a few weird splashes of red around the world where the minimum drinking age is 20.  Mostly, it’s 18.  Ditto this map of what age you can vote – I can’t even see any of the medium-grey that means you wait until age 20.

One biggie in the Torah that comes up with that second big zero birthday and the third decade is military service, where the Torah says all men from 20 and up should be counted so the army can get ready.  And by the way, you served in the army until age 60 – another nice big zero number, but not the one coming up for me in any event.

At least, not yet.

The forties, meanwhile, have been an awesome decade, as I just reassured a friend who is having a birthday, and as I told my little sister a couple of years ago when she turned 40.

It’s interesting that this was written down in an era when most people didn’t live to the upper ages listed here.  Most folks probably didn’t take 60, or even 50, for granted in those days, but still – they wrote it all down and grappled with what each passing decade meant.

He used to say: At five years of age the study of Scripture; At ten the study of Mishnah; At thirteen subject to the commandments; At fifteen the study of Talmud; At eighteen the bridal canopy; At twenty for pursuit [of livelihood]; At thirty the peak of strength; At forty wisdom; At fifty able to give counsel; At sixty old age; At seventy fullness of years; At eighty the age of “strength”; At ninety a bent body; At one hundred, as good as dead and gone completely out of the world.

I’m not sure if what I’ve acquired at 40 could be called wisdom, but for sure, I have enjoyed this decade.  For me, being 40-something has meant caring soooo much less about what the world thinks, and about getting stuff done.  Meeting goals.  Being strong and smart and good at what I do.

Who knows what 50 will bring?

One thing I know for sure – even though the headline here says the birthday is “looming.”  I would say it’s more like poking its nose around the corner.  More like a friendly hedgehog than the grim reaper, although I suppose the next decade could prove me wrong. 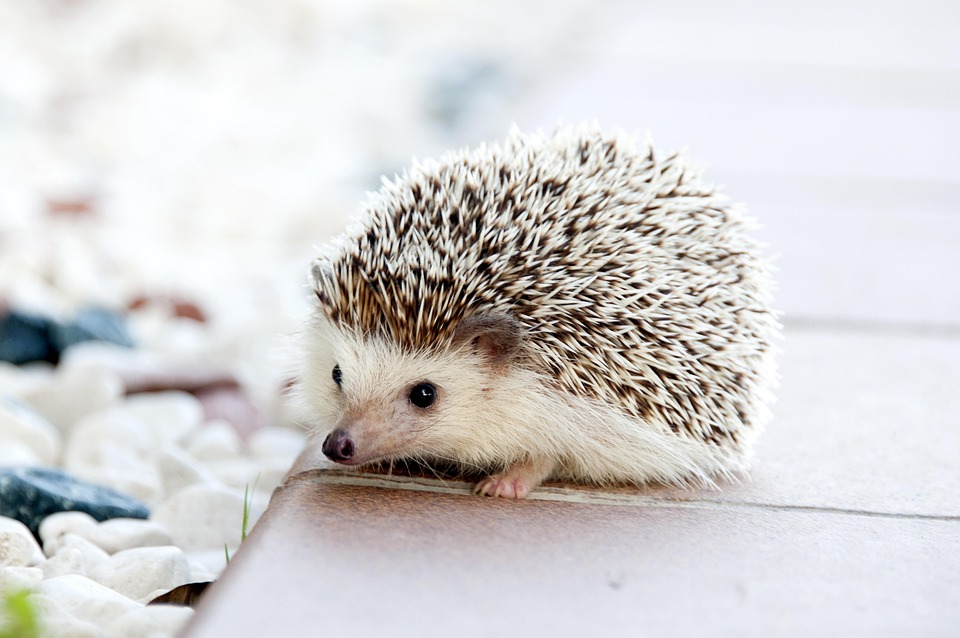 By the way, if this post rambles a little, forgive me.  I’m told this is something us older people do quite a lot.  And I, for one, am super looking forward to claiming that right.

Thanks for reading anyway!