Carless whispers: Leaving the family car, and the Mom on Wheels, behind 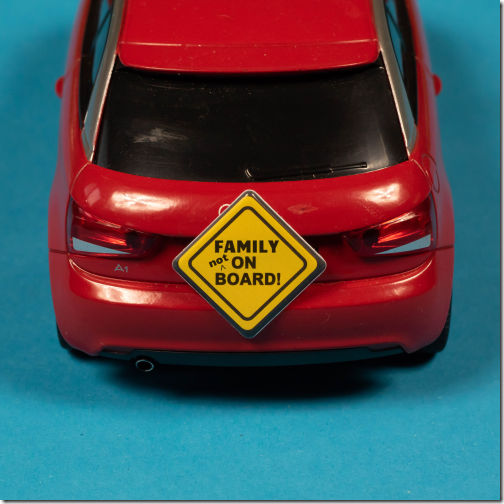 It's been five years since we gave up the family car.
Sometimes I don't think about that huge change, because it came at a time of so many other huge changes in our lives.  But I realized today it was worth stopping for a moment and reflect back on what that's meant and how we are with it.

For about 15 years, I was a Mom on Wheels.  I had the big family car and drove it almost everywhere.  And it was a huge part of my identity even if I didn't like to admit it.

I didn't start out that way... although to be honest, who does?
And incongruously enough, I always thought of myself as more of a public transportation person.  I guess that's cognitive dissonance for you.  I took public transportation everywhere -- except when I drove the car, which much of the time was ALWAYS.

And the shameful truth is, I quickly came to love being behind the wheel.  How could you not?  You're in charge.  You set the schedule -- although traffic sometimes has something to say about it, too.

Having a car beats taking a bus in so many ways when you have kids:

I already had two kids before I gave in and got a car.  I actually didn't "get" the car as much as I was given one out of pity by my parents because I was a single mother commuting, with two toddlers, in the snow, on the bus, to daycare at 7:00 every morning.

So yeah.  My mother gave me her car, which in the insanity that was my life, I totalled in fairly short order.
So they bought me another one.  Insanity is hereditary, apparently.  And over the next five or six years, I paid them back for it, one month at a time.

When Kid #4 came along, we realized that we suddenly wouldn't all fit in the little white Hyundai, so we traded it in for a somewhat bigger Kia, which had room for all of us plus, as my father said as he forked over the cash to buy it, a box of matches.

(My father was that guy who, in the dealership, walks up to the salesguy, tells him we're paying cash, and when we sit down to make the deal, slides him an overturned slip of paper with his final offer written on it.  And then... shhh... once the guy agrees, informs him that we're ALSO trading in the old clunker.  I never felt so cared-for or so in awe of anybody than in those moments.)

When I think back on those years, I remember so many road trips, so many commutes to and from the big kids' school (it was 45 minutes each way, in traffic, so there was lots of time for them to talk to the back of my head).  So many audiobooks, simply hours and hours.  So much music to pass the time.  That basically WAS the big kids' entire childhood.  Living Room #2, our very own Secret Annex.

And I was the one in charge, setting the agenda wherever we were going.  Even a very straightforward journey was subject to my whims.  We’d be on our way home and they’d groan as I turned in to the grocery store parking lot, knowing the “quick stop” for milk or whatever could take up to half an hour.

Every single time, I was reminded of the Morgan Freeman line in Driving Miss Daisy, "I ain't just a back of the neck you look at while you go where you got to go."  I wasn't, but I was, and they talked and talked, in between trying to kill each other in the backseat.

When you’re the driver, it’s all about power, but it’s also about a certain kind of powerlessness.  The kids’ lives are going on in the backseat and there’s not much you can do about it.  Meanwhile, you’re surrounded by traffic and you just want to stretch out.  I swear I remember as a child reading an Erma Bombeck line about feeling like a shrimp, just curled, pinkly and helplessly, clutching the steering wheel.  Even as a kid, I already knew exactly how that might feel and as a Mom on Wheels, I didn’t love it, but I didn’t see much choice.

Anytime we went somewhere without the car, it felt freeing but also scary, like we’d all just jumped out of a plane without parachutes.  What if I bought stuff?  How would I get it home?  What if we were too tired to walk home from the subway?  It was nice to uncurl… until the minute it started raining or snowing or hailing or sleeting and I longed for my turtle-shell so I could retreat and ferry my family to safety.

But like I said.  We gave that all up five years ago.  We sold my mother the family Kia when we moved to Israel and it immediately up and died, pining for our loss, I suppose. 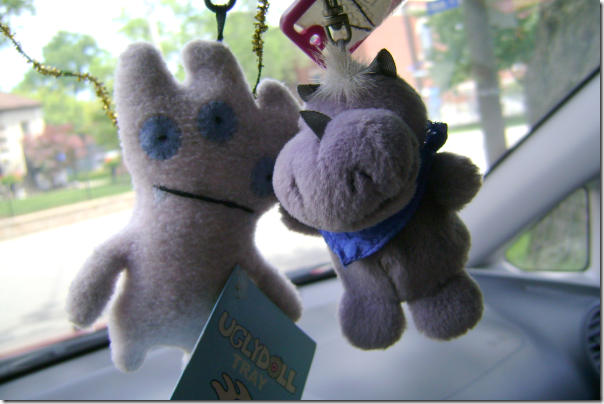 And since then, we’ve been busing it, training it, walking it (rarely).  It’s not exactly a fair comparison because Israel is such a small country, and such a transit friendly one, too.  And it’s so cheap!  When we first moved here, it cost ₪74-something round trip to Jerusalem from where we live, which was maybe around $20.  Now, they’ve introduced a 24-hour all-country pass for exactly ₪60 – or about $16.

Sometimes, it’s been horrible, but mostly, it’s been very, very good.  But I wonder what it means for my identity as Mom on Wheels.  I wonder what the loss of steering power does for my relationships with my children.

These days, when I travel with my kids, it’s often facing them.  We play hangman on the train, which helpfully offers “salon” groupings of 4 seats together, or we nudge each other side to side on the bus.  We see the same sights, or tune the landscape and each other out in the same ways.

We are literally fellow travellers.

Now here is the question you may be asking:  which one is better?

I honestly couldn’t tell you.  I can’t even say which one I like better, let alone that one is objectively superior.  There are so many advantages to having a car; it’s hard to just say to heck with the whole idea. 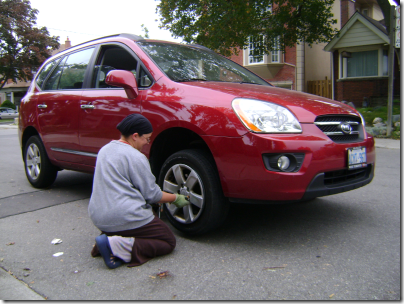 (NOT one of the advantages of having a car!!!)

Not having a car has a ton of advantages, too.  It’s cheaper, zero insurance or gas to pay, and it also means I can relax, doze, write, whatever I want to do while we travel.  I can have face to face conversations.  I can interact with my kids, or not to, as we like.  But it doesn’t usually get you all the way to where you’re going, it doesn’t work well late at night, and you have much less control over the journey.

Sometimes, if we need to get somewhere that transit doesn’t go, or doesn’t go well, we do rent a car, and then I get to be the “back of neck” all over again.  I pack up some music or we turn on the radio.  The experience is at once very familiar – all those years of commuting every day! – and very strange, because here we are in an entirely different country.

Or, even weirder, we drive when we’re on vacation in Canada, in which case, it feels like home, it feels ever-so-normal, deceptively normal, and that’s stranger still because our new normal doesn’t involve a car.

It’s a terrific novelty these days, having a car.  But I have to admit, it’s no longer a member of the family.  I don’t think I could write so much about, say, not having a chest freezer anymore (which we don’t), or not having a backyard anymore.

We didn’t realize it at the time, but the car was a member of the family in a way that almost nothing else was.  In a way that public transportation never can become.

It’s funny, the changes in your life that you don’t think about at the time.  That turn out to be major changes… even if no-one else ever acknowledges them as such. 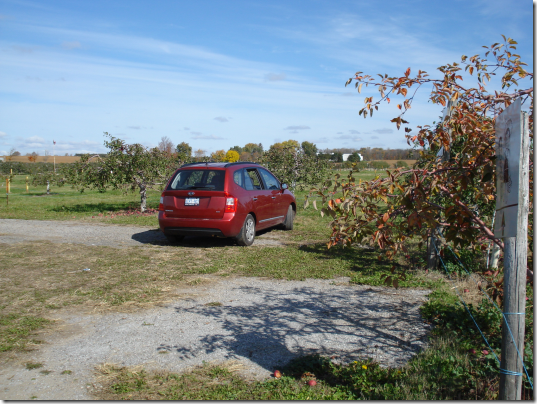