A little one, a wallet 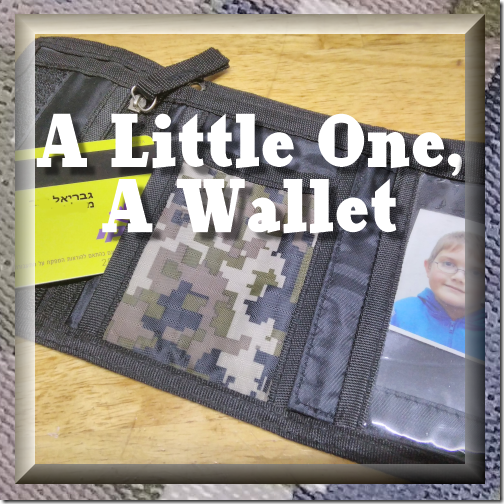 Spotted this lying on the table last night. Recognize it?

Right—it’s a wallet. Specifically, it’s a kid’s wallet, my kid’s. My baby’s wallet, property of my 10-year-old baby boy. Which is hilarious, if you think about it.

When YM was just a newborn, he had some little prescription we needed to fill, and my husband couldn’t stop staring at the piece of paper with his name on it.

“He has his own prescription,” my husband said, in awe and wonder.

Two weeks before, he hadn’t existed, hadn’t even been a “he,” as far as we were concerned. And now he had his own documents, a health card, a doctor, an identity. He was a person.

But of course, for the first little while, it’s just a joke. You joke about his brand-new ID, or the well-meaning friend who made out a baby-gift cheque in the baby’s name, or some letter he gets in the mail from the government.

Later, you laugh about his library card, his swimming lesson registration, , his college savings account, his nursery “school.” Because none of it’s real. Everybody goes along with your little joke: pretending this tiny, squirmy, drooling blob-thing is a person.

People even bought him pants, and I was like, “He’s going to wear pants?” 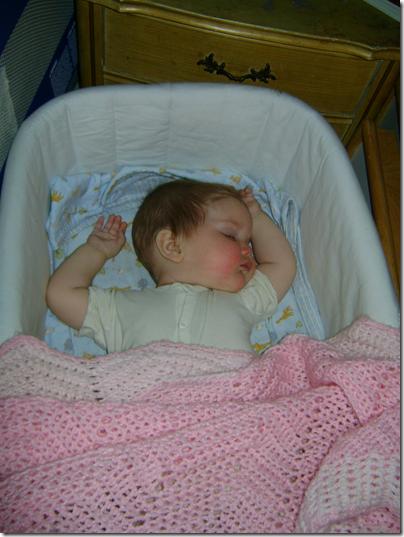 Your baby gets a gift of money for Baby’s First Chanukah and you’re like, “He’s going to buy stuff??”

You get the list of school supplies for Grade One and you’re like, “He’s going to measure stuff? Why does he need a protractor?” This is a kid who doesn’t know or care that his shirt is inside out and his shoes don’t match. This is a baby, and everybody’s still just pretending.

Or maybe they’re not.

Because one day, somebody buys your little girl a purse and you’re like, “Aww, she’s pretending she has a purse.”

But maybe she isn’t.

Because somewhere along the line, it’s less and less about make-believe. And one day you wake up and that person you’ve been pretending is a person is suddenly a person.

It comes and goes. There are still blob days, when you can’t help laughing because he’s walking around in a suit jacket or she’s giving her bat mitzvah dvar Torah and you look over and she’s still just that squirmy baby and he’s got the same expression on his face that he’s always had, suit jacket or no suit jacket. He’s still just him, as much as he ever was.

Which, for a while, is a relief, but never for long. Because you realize you’re pretending less and less. And other people don’t seem to be exactly in on the joke anymore. They’ve started seeing a big kid when mostly what you see is still that baby.

And then one day, you look over at your kid, and he pulls out his wallet, and it’s packed full of credit cards, bank cards, health card, work ID, driver’s license, who knows what.

And absolutely nobody gets the joke anymore. You tell people she’s studying nursing and instead of rolling on the floor with you—“your baby is pretending to study nursing?!”—they nod and say, “She must be very busy.” You tell people he’s getting married, having a baby, joining the army, and they just take it in stride. “Good for him.”

They’ve fooled the world into thinking they’re real people, and the funniest part is that you’re the one who probably gave them the skills to do it.

So take a good look, go ahead: it’s my baby’s wallet. 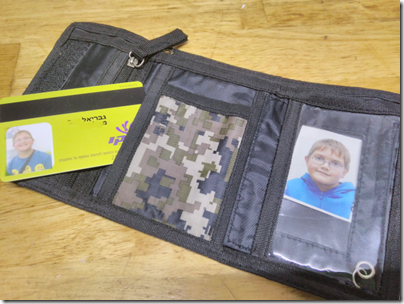 It’s empty, and he mostly keeps it around because it’s cool to have a wallet. He stores his actual money in a box somewhere, because he’s not a real person yet.

As a mama of big kids and little kids, I invite you to keep laughing with me a few years more because I know it’s going to end, and sooner than I’d like.