Ten new airplane travel gadgets for 2017, because you deserve to fly in comfort! 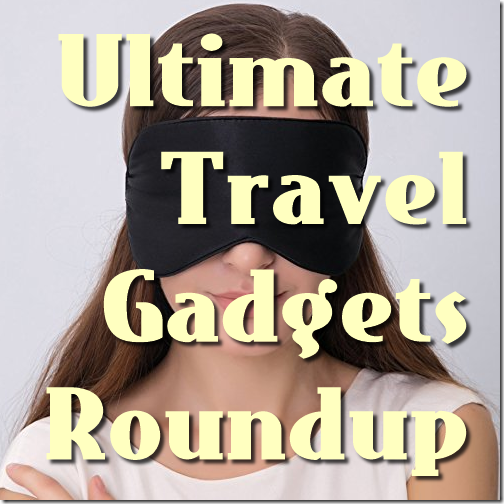 Are you a frequent flier?  If you’re like me, you probably said you aren’t.

But don’t you deserve to be comfy anyway???

I’ve never thought of myself as a frequent flier.  Given that I’ve travelled exactly TWICE this year, probably nobody would.  But since moving to Israel, travel has definitely entered the picture in a bigger way than before.

And really, does it matter how often you’re travelling?  Even travelling once, if it’s a 12-16 hour stretch like our trips back to Canada, is about 12-16 hours too much if you’re uncomfortable… am I right?

Here’s the secret airlines won’t tell you:  you DESERVE to be comfy.

I’m always fascinated by gadgets that have been created to try to make the journey more comfortable.  Here are ten travel accessory gadgets that may inspire you as you go wherever it is you find yourself on the face of this big, amazing globe: 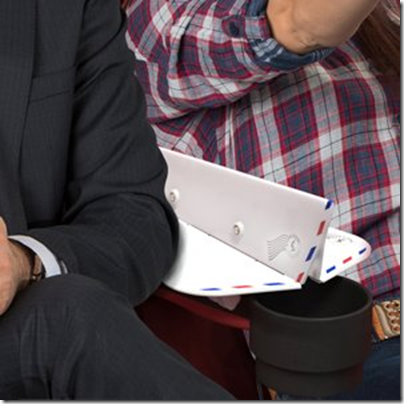 It looks like origami, or like some kind of airmail paper airplane.  But the SOARIGAMI is actually a seat armrest divider that straps on so you can share the armrest in peace and tranquility.  Unfortunately, reviews for this nifty gadget are mixed.  Some people call it a lifesaver – others say it’s just an annoyance. 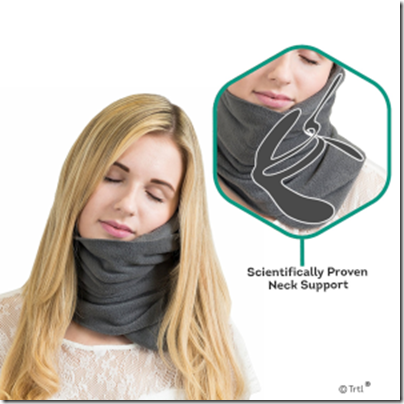 I did a full review of neck pillow sleep-aid type devices here not too long ago.  But this one didn’t exist then and seems to have a lot (4,632) of pretty positive reviews.  I like the idea of this because it mixes a rigid frame with soft fabric.  Of course, you have to lean in the correct direction, which isn’t necessarily something you can control while sleeping.

3. The AIRHOOK – a device which doesn’t work but which I NEED, big-time 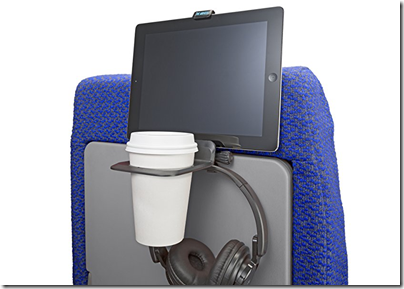 The AIRHOOK seems to aim to provide the extra pair of hands you need as you’re getting on the plane and whenever you need to go to the bathroom or whatever.  Promising space for your tablet, headphones, last-minute at-the-gate Starbucks cup, and whatever else you’ve got with you, this is the gadget every parent has dreamed of.  Too bad 83 reviews say it doesn’t really work – whoever invents one that does will get rich.

4. The airplane FOOTREST – the gadget you never knew you needed! 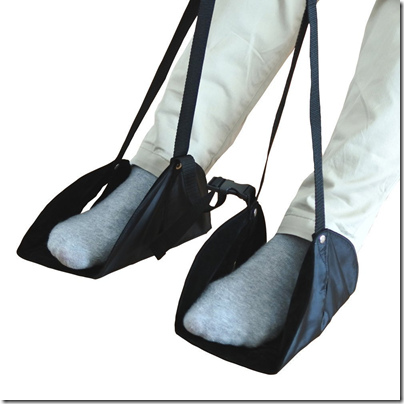 Quite a few companies make airplane / travel footrests, a product I’d never even thought about until I started flipping through the pages for them.  It seems like there are two basic models:  feet together and feet apart.  This one claims that separating the feet makes it more comfy.  It certainly looks that way from their picture. 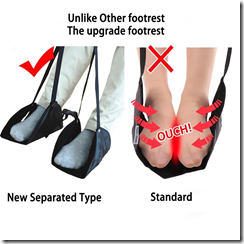 This device seems to wrap around the tray table – the pictures are cartoons which don’t provide a lot of detail, and reviews seem to suggest that the foot rest works.  However, scanning the reviews closely, it seems like many may be fake, so buy with caution!

5. The deluxe EYE MASK – the one gadget I actually have and use on planes 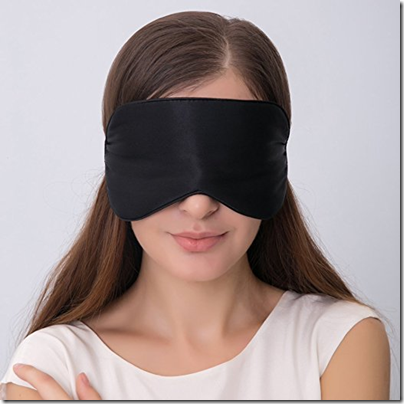 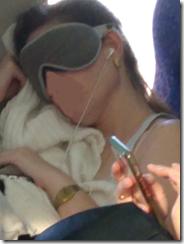 6. The LAPBABY – stay handsfree while confining your baby, without worrying about standing up 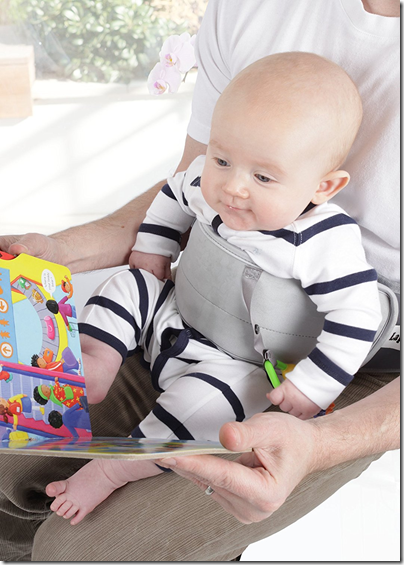 It’s been a while since I travelled with tiny children.  That’s partly because travelling with little little kids is so miserable and partly, I admit, because my kids are older so I don’t have to anymore.  This gadget is one I’d classify as stupid – for just a few dollars more you can get a nice, high-quality baby carrier like the Ergo, or whatever the latest device is, and be able to use it when you stand up as well.  Plus, even one advertised as being suitable for airplanes probably isn’t FAA approved (the Cares strap system seems to be the only one that is, and it’s only for kids who can sit by themselves), so they’re not going to let you wear it during take off and landing.

7. The PLANE CRADLE – let your baby dream the flight away 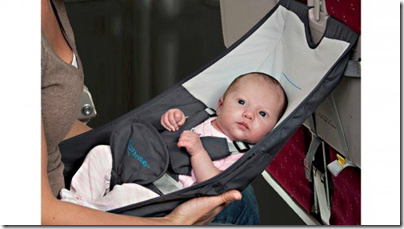 On the other hand, here’s a product I legitimately wish existed and worked well… but I’m not sure it does, or does.  This thing has 208 reviews with only 3 stars.  Most people say it’s too small and not compliant with FAA regulations.  Another option with slightly better reviews is the SkyBaby travel mattress, but this is essentially seems like just a semi-rigid mattress pad that you have to hold or put down on a secure surface while the baby is sleeping.  Better than nothing, maybe (especially because you could probably cover it and use it for changing in awkward spots), but certainly not sleep-blissfully-all-the-way-to-our-destination nirvana. 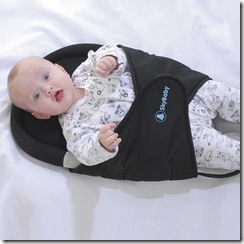 For yet another sleep option, this one for older kids, there are a few solutions, like this one, the Kuki, that offer to fill the space in front of the seat so young kids can lie flat, or at least rest their legs.  A child would have to be really tiny – or the seat really big – for it to actually work. 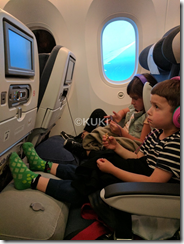 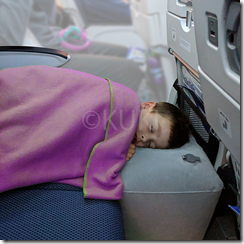 8. The PLUSH TRAVEL BLANKIE – because everybody (even me) gets cold on planes 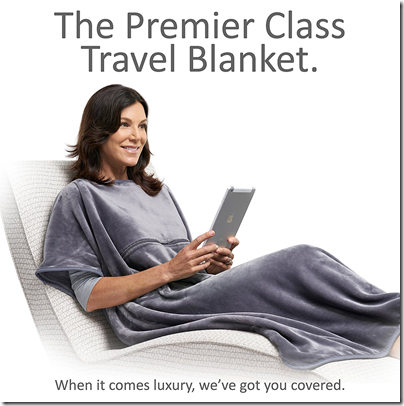 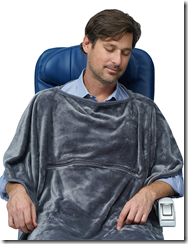 I’ve included two photos because, while she looks kind of normal and dignified, he looks downright dopey.  Just like you or I would if we draped ourselves in a plushy travel blankie.  Is that a reason not to buy, carry, or use one?  Absolutely not.  Since this is a blanket, and hence pretty low-tech, reviews indicate that this product absolutely works.  This one advertises that it’s a “4-in-1,” which is kind of a cheat, because 2 of the “uses” call for you to stuff the blanket into its pouch and use it as a pillow somewhere on your body.  However, it does come with a handy chest-level pouch so you can stash your passport and important travel papers somewhere you can keep tabs on them.  I can see that also being super-handy to keep my glasses in when sleeping on a plane – I usually put them in the seat-back pocket, which is a bad, bad place.

9. The BAG BUNGEE – for hauling all those loose bags together 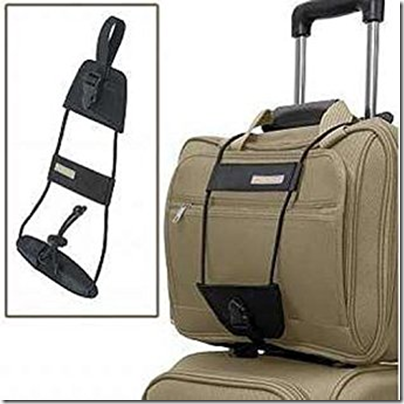 This gadget is perfect for all those times that you’ve tried to thread various jackets, purses, shopping bags and whatever elses through the sticking-up handles of the bag you’re shlepping through the airport anyway so you will have at least one hand (or, at the very least, a shoulder) free to wave your passport at three thousand security officers as you attempt to board your plane.  And, if 1,531 reviews are to be trusted, it mostly works.  Some people seem to have received cheap imitations that didn’t work as well.  And apparently there is a slight learning curve when it comes to figuring out how to attach it.  But beyond that… well, out of all the gadgets on this list, this is the one I’d say I’m most likely to buy for my next trip.

10. The TRAYBLECLOTH – cover up against germs while keeping your stuff handy 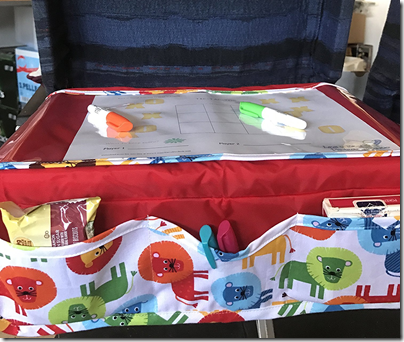 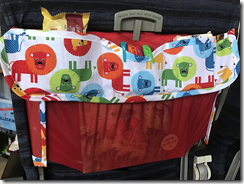 This is one of those punny names I love to hate:  TRAYBLECLOTH.  And I don’t really care about the dirt-covering function of these tray covers like some parents do – although one mentioned in a review that it allowed her son who has allergies to eat with confidence from his tray table, so that may be a consideration for some parents.  I do like the idea that you can keep stuff like crayons and energy bars handy (at least, that’s what they’ve pictured in the illustration).  Nothing falls out if you have to put your tray table up for any reason, either, which is a very neat (and essential) feature.  The bottom of the thing has a storage pouch for magazines or whatever; I’m not sure how handy that would be if the tray table is down.  There’s also an “executive” model that comes without the cheerful prints. 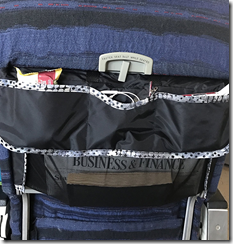 So there you have it – not one but TEN devices all designed with your comfort and in-flight wellbeing in mind.

And remember – you don’t have to be a frequent traveller to need – and demand – comfort along the way.  Do you have a gadget that you use and love??  Is there a travel accessory you’re pining for that I’ve missed on my list?  Something tried and true that no newfangled technology could ever replace?  I’d love to hear about it in the comments below!