Anti-vaccination forces in the Torah world – “weighing the science” or stumbling block? 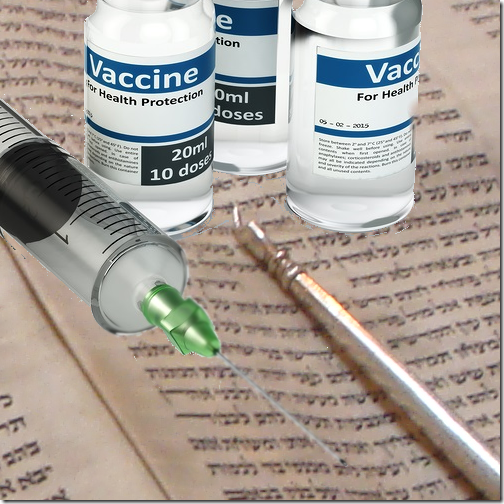 What does halacha say about vaccination?  Do people who oppose vaccination have a right (halachically) to share their views?

This thing keeps rearing its head.  The other day, a Facebook friend insisted that all their "natural" lifestyle postings had been approved by two rabbis and were thus pretty much “an act of kindness” to share these views and enlighten the rest of us.

These postings run along two main themes - curing yourself of cancer and avoiding vaccines.

The one I want to talk about here is vaccines.  Because I believe - though I'm not a rabbi – and don’t even have the shirt to prove it! - that not only does halacha strongly support vaccines, but may in fact deem them mandatory, given the state of current medical knowledge. 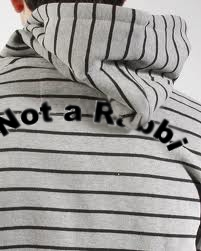 And if vaccines are so strongly recommended – if not mandated – by halacha… well, then, it's probably somewhat bad to go around telling people they shouldn't do it.

(For an earlier post covering more of the basics of the anti-vax position, please see this post.)

Alarmingly, I did find a few articles (here, here) indicating that a faction of the frum community is falling for the anti-vaccine hype, in part due to a declaration by a big rabbi a couple of years ago that “I see vaccinations as the problem... It’s a hoax. Even the Salk [polio] vaccine is a hoax. It’s just big business.”

I believe this knee-jerk reaction on the part of the frum community may be due to a) a general distrust of "the system," and b) an ignorance of science due to low standards of education in Haredi / yeshiva / bais Yaakov schools.

I also believe that when searching for psak (a halachic ruling) on a medical issue,

you must turn to a rav with great experience in the field.  Someone a doctor might be able to have a conversation with on a medical topic.  Not somebody who’s going to accuse Jonas Salk of being a great big hoaxster.

Because, honestly?  There is no “scientific debate.”  There is nothing to “weigh.”  It is not always necessary to hear both sides.  To use a horrible and violent example, rape takes place between two people, but you wouldn’t treat them both equally.  Same here – there simply aren’t two sides to this “debate.”

Scientists agree – vaccines save lives.  This isn’t a hoax and it isn’t a conspiracy.  I’m pretty sure the people who truly hate Jews would rather we didn’t vaccinate our kids.  (Scientists may disagree on side effects, and other details large and small, but not on whether vaccines save children’s lives.)

In the U.S. you're allowed to refuse your kids' vaccinations on religious grounds.  But apparently some parents are holding up Judaism as a reason not to vaccinate.  Nothing could be farther from the truth, and saying so is only going to confuse the authorities and muddle people's idea of what Judaism teaches.

The pro-vax view in the Torah world

This statement from Rabbi Yitzchak Breitowitz of the OU makes the mainstream (ie, science-based) halachic position overwhelmingly clear:  "The overwhelming consensus of medical research worldwide is that these fears [of dangerous vaccine repercussions] are groundless."

Rabbi Breitowitz goes on to consider whether immunization is mandatory in terms of halacha.  He examines various viewpoints and concludes that major authorities disagree only on the extent to which vaccination should be recommended to parents:

They disagree on whether vaccination is an absolute parental obligation (Rabbi Elyashiv) or “merely” a highly desirable thing to do (Rabbi Auerbach).

Here’s what this means:  No serious halachic authority says not to do it.

On one public forum, a person who is very keyboard-challenged (to say the least) attempts to take on these authorities, badly:

it is NOT A LIE. judaism can be used to prove your point agains vaccines. HOW YOU MAY ASK . well vaccines have negative side effects and harmful ingredients in them such as formaldehyde and aluminun. they alsot contain non-kosher animal cells like monkey kidney cells. so please before you attakck anyone and call them liers make sure your facts are FACTUAL AND TRUE. according to our religion above is assure. and yes I do vaccinate my kids, but in long and spread out schedual because I believe that doctors are not able to handle illness such measles or even wouping cough.
please don't don't it personaly just expressing my thought

Well, then.  By the way, none of the poskim I’ve seen even care about the issue of the “non-kosher animal cells” that this person raises, perhaps for the same reason that you don’t need to object to receiving a transplanted porcine heart valve – rules about kosher have to do with FOOD and not with body parts or blood products.

At the opposite end of the spectrum is this article which suggests that a nation can halachically compel its citizens to be vaccinated since "Among the powers granted to the state is the authority to enlist its citizens to save Israel from enemy attack. There is no apparent reason to distinguish between a physical enemy and an epidemiological one, the term "to save Israel from enemy attack" applies to both. Just as the state reserves the right to coerce the nation to fight against a human enemy, notwithstanding the loss of life, so too, it may immunize the masses."  This author intelligently weighs the consideration that immunization puts a few children at risk while providing great benefit to many more.

Finally, this article provides a worthwhile counterpoint to anti-vaccine hysteria, summing up major halachic reasons why we should vaccinate... ranging from saving another's life and not standing by when others are in danger.  He, too, does not conclude that vaccination is halachically mandatory or reaches the point of pikuach nefesh, but nevertheless, concludes that it's hightly recommended.

Most importantly, the article's author mentions a comment from Rav Chaim Kanievsky suggesting that "when someone has done the research and is sure that the background information behind a p’sak is faulty” - as in the case where a famous rabbi insists that vaccination is part of the problem – then “there is an obligation to respectfully publicize the correct information."  (emphasis mine)

As for distributing “alternative” health information – that way lies tremendous danger.  You may SAY that you just want people to have “all the information” before they make a decision one way or another but if you’re sharing information from unscientific sources (for instances, sources which are not current, not accurate, or biased away from science), then you are indeed placing a stumbling block before other people.

… Jewish tradition teaches that we may not exploit our neighbors by placing a stumbling block in their path, neither may we stand idly by the blood of our neighbor. (See Lev. 19:14, 16.) To the contrary, we are obligated to remove the impediment, to protect the neighbor. So let’s remove this particular stumbling block, piece by piece. Let’s set the record straight.

There is another, more serious prohibition, that a person should be careful about when sharing medical information: deliberately and dangerously misleading others.

If you’ve been warned numerous times that your sources are based on bad science, partial science, or no science at all, but you keep on sharing that information, you could be violating the prohibition against geneivas da'as:  “theft of one’s mind, thoughts, wisdom, or knowledge.”  You’re literally hijacking someone else’s mind – leading them astray for whatever your own purposes are.

This author of this post on the subject notes that “The Talmud (Babylonian Talmud, Chullin 94b) indicates that geneivat da'at may not be an issue if an individual has deceived himself.”

If a large number of intelligent friends, halachic authorities, and medical experts (associated with legitimate institutions) are telling you that your opinion on a medical or scientific issue is incorrect, then I believe you no longer have an excuse to deceive yourself – you have a responsibility to read and consider their words with an open mind.  This is what Hashem gives us minds for in the first place.

Ah, but there’s the rub.

Opening minds that are closed is never an easy thing.  It may in fact be too much to ask for.  A person who is passionate about Hashem, Torah, and mitzvos, may well be passionate about “natural” healing, and as a result, buy into the anti-vaccination hype.

I want to add that I TOTALLY agree that the Torah wants us to live healthy lives, as naturally as possible. However, just thinking about "natural alternatives" to surviving childhood gives me the creeps (shudder). Sometimes, nature is brutal, and the "man-made alternatives" can absolutely be the healthier ones for our kids.

This is why Hashem put us in charge and asked us to use the resources He put here wisely, so we could invent stuff like houses and clothing and freezers and medicines that make our lives great.