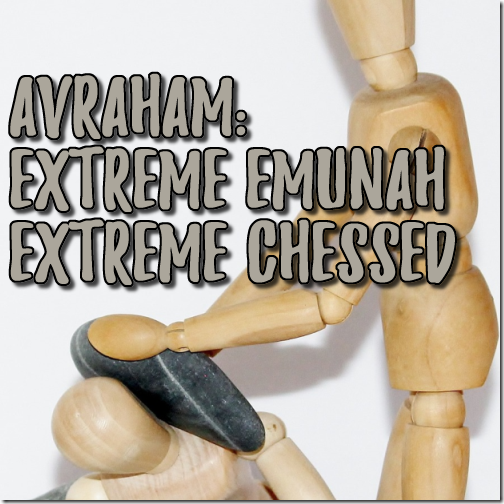 We learned in parshas Noach a few weeks ago that one of the condemnations of Noach comes about because he doesn’t leave the Teiva after the flood. He sits there, plays around with sending birds, it’s a very nice story but eventually Hashem has to intervene and tell him, “LEAVE ALREADY.”

(I’m paraphrasing.  And speaking of paraphrasing, most of this dvar Torah was heavily inspired by three divrei Torah of Rabbi Jonathan Sacks.  You can find links to them at the end.)

Noach didn’t want to leave the teiva. He had seen the world destroyed. He didn’t know how he could go on. And, looking backwards perhaps, he drowned his troubles rather than looking forward.

We have all met people who have been through something like that, I think. People who lived through the Shoah, who saw their world destroyed. And yet – most picked themselves up and went on with their lives.

Rabbi Sacks calls these people his “mentors in courage.” He spent time asking what allowed them to move on. Unlike Noach, to leap out of the boat and rebuild the world. To not descend into the depths.

My mother grew up in the generation when people didn’t talk about the Shoah. For better or worse, nobody could talk about it. It was told in whispers – and in silences. Eventually, they began to speak, but only when they realized that it was long past, and that the future was assured.

This is what Avraham does in this week’s parsha.

He’s confronted with two unspeakable tragedies, one on top of the other – the death of his son (okay, it doesn’t happen, but what a blow nonetheless), and the death of his wife Sarah, which really does happen. How terrible.

And Avraham has every right to feel betrayed by Hashem at this point.

Hashem made two big promises to Avraham – a great big milky, honey-filled land, and offspring as numerous as the stars. And at the point when Sarah dies, Avraham has seen none of it yet. He’s 137 years old, which is older than most of us will ever be. He has no grandchildren, let alone as many as the stars. And he owns, Rabbi Sacks writes, not a single inch of land in eretz Yisrael.

So what does Avraham do, in the midst of all this tragedy?

He picks himself up, dusts himself off, and does the thing. No land – all that means is that it’s time to start buying land, which the Torah tells us about in this parsha in exquisite detail. No descendants – that means he has to find a wife for Yitzchak.

This is extreme emunah, but Avraham balances that extreme emunah with an extreme hishtadlus, meeting Hashem far more than halfway. Which makes me wonder... why isn’t emunah the middah of Avraham?

Sure, it was a big part of what he did, but he’s not extolled as a man of emunah, he is extolled, as we all know, as a man of... chessed.

Yawn. Who doesn’t know that?  Ever kid in kindergarten knows that.

This message, that we should learn from Avraham’s example and do chessed, is a common one – but it’s also a little obnoxious. It’s a message we know already, and we don’t like being told things we know over and over and over again, every single year.

And here’s the coolest thing. When a Christian named Miles Coverdale in the 1500s translated the Chumash into English for the first time, he came to the word chessed and he got STUCK. There was no word like it in the English language. He invented a word: loving-kindness. (source for all the above)

So yes, chessed is amazing. Chessed is cool. But how does it connect with Avraham’s extreme emunah?

It’s a passuk in the Midrash Hagadol (cited in Torah Sheleimah) (source and source) that says: "Whoever denies the good of his friend, in the end will come to deny G-d's goodness."

The opposite is also true. One who has faith in Hashem’s goodness sees the people around him as they truly are, created pure and holy in the image of Hashem – deserving of all the chessed in the world.

This is the world as Hashem intends it to be. The world of loving-kindness that we all need to build.

“One son, one grave,” writes Rabbi Sacks. It's enough, it's a start. “Hashem makes big promises: a great land, many nations. But it is up to Avraham to make the promises come true, in small ways.”

Chessed is the story of Choni and the Carob Tree, planting a tree from which he will never eat the fruits.

For us, this is probably a frightening thought, but a comforting one as well. We ourselves are mortal, but we are links in an immortal chain.

Here are the three sources from Rabbi Sacks.  Any errors in understanding or weird embellishments are mine and mine alone. :-)

[1] The Kindness of Strangers
http://www.rabbisacks.org/kindness-strangers-chayei-sarah-5775/

[3] Faith in the Future
http://www.rabbisacks.org/faith-in-the-future-chayei-sarah-5776/