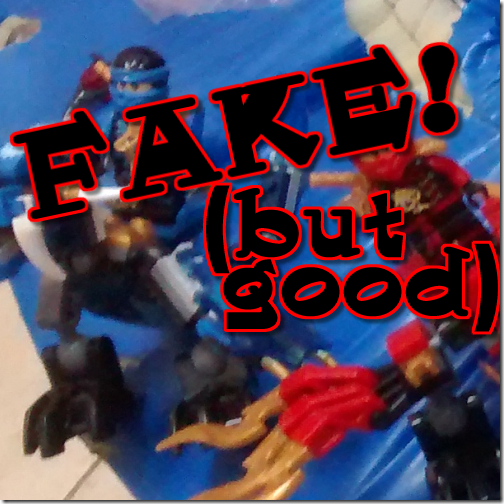 Before, I begin, I want to say that there are few people who adore Lego as much as I do.  OK, if you're one of those fans who can tell the difference between a BURP a LUMP and a POOP [glossary here], then good for you.  You win.

But short of that, well, I adore Lego.

For years, in Toronto, I made a habit of picking up used Lego for the kids at Value Village.  Painstakingly, I'd pick through the sets chucking out any FAKE Lego - all the Megabloks and other imposters, weeding them out like toxins. 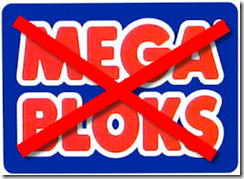 But here in Israel, Lego is expensive.  Ridiculously expensive.  Like over 100nis for a tiny set that would cost under $10 in the States, and maybe $12-15 in Canada.

It started last summer when I happened to show Gavriel Zev some of the super hero menschies (I know, they're called minifigures – I call them minifigs for short) that were available on AliExpress for 99 cents instead of the 20-30nis he'd pay for them here.  Cautiously, I let him choose 5, figuring 5 bucks wasn't much to waste on an experiment (shipping was free!).

It took forever for them to come, but when they arrived...

they were EXACTLY like the real thing.  GZ was thrilled, and of course, Naomi Rivka wanted to go next, because she wanted to collect all the minifigs for her expanding Lego Friends universe.  And you can't even buy the menschies here - you only get them when you buy a set, so again, another 100nis.

So we ordered her some Lego Friends.  Again, it took 2 months - standard operating procedure when it comes to AliExpress.  But when they arrived - again, she was over the moooon with delight.  I think the hair was a little loose on one of them, but for a few dollars instead of a few hundred shekels, who cares.

Now, this doesn't mean I'm a convert to ALL fake Lego.  There's good fake Lego and bad fake Lego.  GZ received a set as a prize at a birthday party last year and when we opened it up, a smell of toxic plastic filled the air.  The parts were horrible and the thing fell apart as he tried to assemble it.  I threw it away quickly.

But when GZ’s birthday started rolling around, waaaay back on August 15 (2 months ahead of time!), and NR started thinking about buying him a gift, we turned to AliExpress.  Being 11, she had a limited budget – well under $20.  And being his doting sister (sometimes), she wanted a gift that would delight him.  Not like the cheap and horrible stuff you can buy around here.

So we turned to AliExpress, where we spent $10 (shipping included) on a “4pcs SY249 Ninjagoed dragon Rider Model building blocks Action Figure Bricks set Ninja Compatible With Legoe Minifigures Toys.”  (They can’t say “Lego” or “Ninjago” or they’ll get sued.) 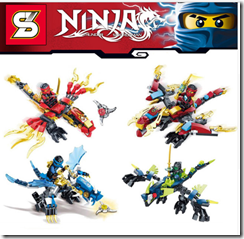 I warned Naomi Rivka that the sets might be horrible, might not come with proper instructions, etc.  So we checked the package when it arrived (very quickly, less than a month later!), and everything seemed okay.

Yesterday, she gave them to GZ for his birthday.  He screamed in excitement.  He couldn’t believe his eyes.  These were GREAT sets, exactly what he’d wanted – including the prized Evil Green Ninja! 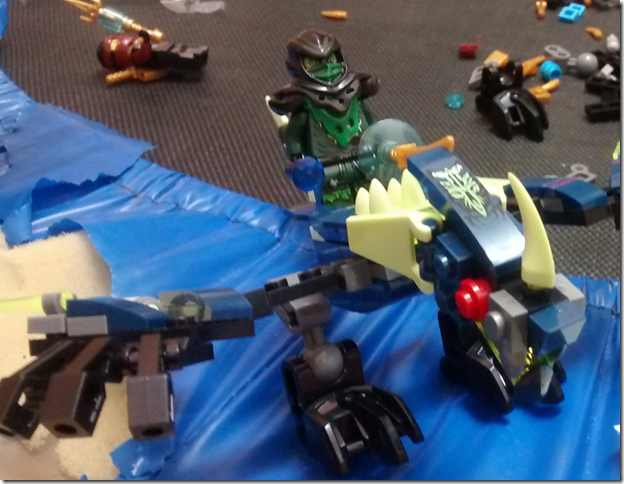 Each one of these four little dragons came properly packaged with full and detailed instructions and went together perfectly.

(Ignore our woeful trampoline in all these pictures - it's a little battered, but still makes a great Lego assembly surface!) 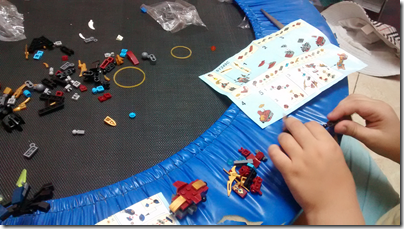 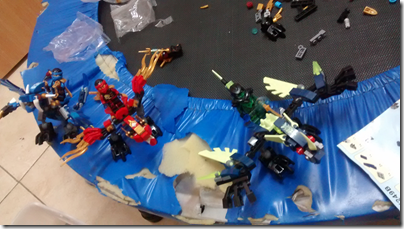 As with any AliExpress purchase, I think the key is reviews.  This can be tough as sets come and go, but try to buy a set that has been received by at least a couple hundred buyers so you can see what their reaction was before you order.

This cartoon is both timely and apropos when it comes to ordering from AliExpress: 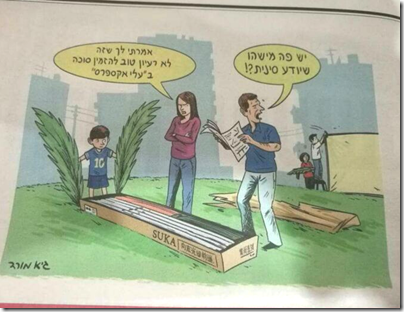 Wife:  “I told you it wasn’t a good idea to order a Sukkah from AliExpress.”
Husband:  "Does anybody here speak Chinese?!"

Two exciting moments as I was writing this:

A few minutes ago, GZ came out with a stricken expression on his face.

I thought, "Uh-oh... here's a problem, at last."  But all he said was, "I'm too tired from building all these dragons!"  Then, he went back in to keep on assembling.

Then, a little while later, he emerged with two pieces in his hand and asked me to help him snap them together.

Again, I thought, "Uh-oh... just as I'm writing this post, something isn't working the way it should be."  But when I tried, they snapped together easily to make a beautiful little hinge.  No Lego logo on the pieces, but apparently, as far as GZ is concerned, that's just a minor hiccup compared to the joy of receiving these four awesome dragons - for under $10, shipping included.

I'm still a Lego purist, of course.  But at the prices we'd pay here for even the smallest name-brand set, it seems like a conversion is in order.  I’d still prefer to buy real Lego, of course.  No idea why, except that I miss the reassuring Lego logo stamped on the bumps of each piece.  And sentimentality, perhaps, for the sweet days when actual Lego was affordable.

But I think if you’d ask my kids, it’s much sweeter to be able to have at least a few of the sets they want for prices that our family can actually afford.  And as a parent, I can rest easy knowing that the two month wait teaches them the skill, and hopefully pleasure, of delayed gratification.

What do you think?  Are you a purist?  Have you tried the AliExpress route, or are you thinking of it…?  Let me know what your experience has been in the comments!