Breathing Lessons for the Canadian diaspora 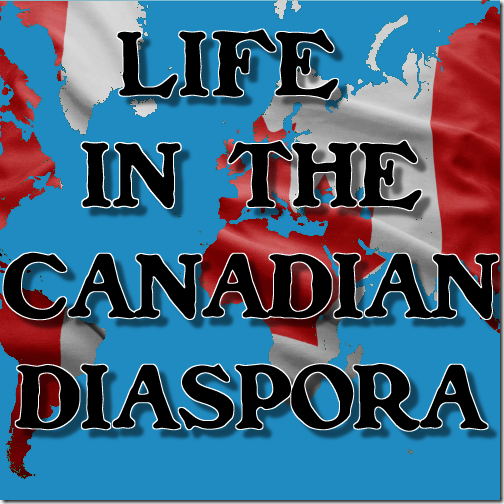 Growing up as a hyphenated Jewish-Canadian, I admit, the “Canadian” part didn't really matter much.  It was just a word for everybody around me, including me, but mainly everybody else.

These days, being Canadian usually comes up when Israelis ask me, "What part of America are you from?"
The answer, of course, is NONE.

Sure, I could get by on a technicality, since I'm from North America just like United Statesians are.  And Cubans, Barbadians, and many other people.  Heck, even if I was from South America, it's all still America, right?

But that's not what they mean.

What they mean is which state, which major American city?  Am I from LA, New York, one of the handful of other places in the U.S. that a typical Israeli has heard of?

Canada… is the cold bit, the hat America wears to protect itself from the arctic.

Sometimes, these Israelis actually have family in Canada so they ask if I'm from Toronto or Montreal.  Of course, I’m ashamed to admit that I am; both.

I would like to challenge them more.  "I'm from Moose Jaw.  I'm from Yellowknife.  I'm from Saskatoon, Nanaimo, Churchill.  I'm from Brandon.  I'm from Head-Smashed-in-Buffalo-Jump."  Their names like the music of a Canadian lullaby: authentic Canadian places.

I would like to be more authentically, more deeply Canadian.  “I’m part-Cherokee,” I’d say.  What’s more authentic than that?  “My ancestors invented beavers.”  “My granny wove the first Hudson’s Bay Blanket.”  “See the maple leaf on the flag?  That was from the tree in my uncle’s front yard.”  “I am Douglas Coupland.”  “I am Leonard Cohen.” (another famous diaspora Jewish-Canadian).

I wish any of this was true.  Now this guy is a true Canadian…

Born in Montreal, raised in Toronto.  I feel inauthentic just saying it even if 12% of the country lives in one of those two places (in contrast, not even 4% of the US population lives in NYC or LA, its two largest cities).

I’ve started taking a course online through a Canadian university.  And though I'm still in Israel, it felt like a homecoming of sorts to drop the u's liberally back into my essay:  it added colour, punched up the flavour, I savoured the labour of writing it knowing I had found a safe harbour, surrounded by neighbours, as cozy as my favourite pair of pyjamas.

Is there a Canadian diaspora, a culture we bring with us into exile, or do we just fizzle out when we take off from Lester B. Pearson?

In Naomi Rivka's class, they did a project a while ago where the class was divided by ancestry.  They'd never do this in Canada, call attention to a person's background, but here in Israel, it's okay.  There were groups of girls from Ethiopia (the largest), Yemen, Morocco, Russia.  And Naomi Rivka got put with one other girl into the "Poland" group.

Because we're Polish, right?  Extremely so.  Though I admit, if I’m a kinda bad Canadian, I’m a lousy Pole.  My grasp of the language is nonexistent and I don't even know if I could find Poland on a map.  Still... that's where we’re FROM, right?

There's one other girl in her class who speaks English.  Her mother is from Canada; Toronto, actually; she moved here in her teens.  So I joked, "Why don't they make a 'Canada' group?"  (The other (half) Canadian girl was by herself in the "Holland" group, because that's where her father moved from when he was a boy.)

I was just joking, of course.  They’d never make a “Canada” group.

Shirel was Holland and Naomi Rivka was Poland because Europe is where people come from.  North America was just a temporary stopping point on our way here.  My family has been in Canada over 100 years, but still - it's temporary.  It's not part of my children’s identity.  We weren't there long enough for it to stick.

Very few Canadians have been there over a century.  Does that mean their identity, too, has not quite "stuck" yet?

I'm joking again, of course.  It has certainly stuck.  I chose a Canadian university not because I could spell my own way, but because I could think my own way.  There are distinctly Canadian patterns of thought, and these patterns are, often, how my mind works.  At times, the Canadian parochialism of this university is making me crazy but at times it comes as a drink of cool water here on these oh-so-not-Canadian desert sands.

It reminds me of who I am.  A Canadian in exile.

As a Jew, I'm supposed to be okay with exile.  But here in Israel, though I've come home, I also feel like part of me is still wandering around in a bleak diaspora in which it is barely acknowledged and struggles to remain vital and connected.  This Canadian part is invisible, or at least, difficult to quantify, perhaps because it is so polite: modest, unassuming, quiet.

Being Canadian is as soft and ephemeral as the air we breath.  When it’s all around, you don’t notice it.  It’s inoffensive:  you don’t taste it, you don’t know or care that it’s there.  But when it’s gone, you quickly start wondering what you’re going to breathe from now on.

Canadians are everywhere; obviously, we can breathe wherever we go, or we wouldn’t be thriving here in the diaspora.  But it’s not air we’re breathing; it’s some murky foreign concoction we must be taught to inhale.