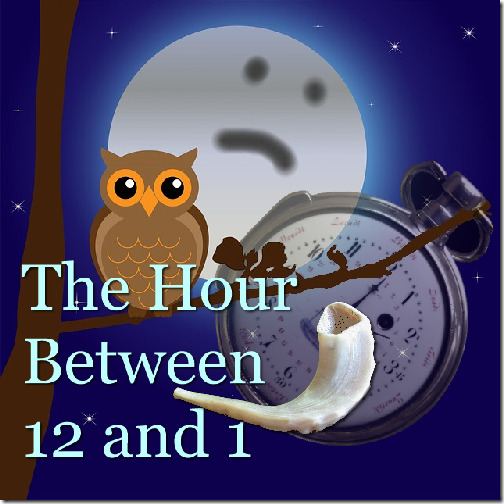 What time is it right now where you are?

As I write this, it's early morning here (Israel) and the middle of the night in North America.  Time for all reasonable people to be sleeping.

Are you still awake?

It is also Elul, the time before Rosh Hashanah when we make the changes in our lives so we can start becoming the holy people Hashem wants us to be.

When we lived in North America, it was nice having friends in Israel because I could chat with them late at night.  For them it was morning; their kids had already gone to school.

And I was up much too late.

Here, I find the same thing happening in reverse.  When it's late at night here, everybody's running around back in North America, getting supper ready, relaxing during the evening.

And I am STILL up much too late.

The hour between 12 and 1 is the worst.  Maybe you know the feeling.  The thought that you should just shut down and go to bed?  The sense of diminishing returns.

I am nowhere near as productive as I think I will be between 12 and 1.  Anything I start to do during that time takes twice as long and goes more badly than I ought to.  A sign, perhaps, that I should just get into bed.

And yet... if I do push through and stay up past 1, I hit a weird second wind, and I actually get a lot done.

It's very tempting.  The kids are finally asleep, and the house is so quiet.

The only downside is not being as alert, as helpful, as patient and kind in the morning when the kids wake up.

That's a big downside. It’s a problem.  So I'm trying to be more sane about nights and mornings.  Like a compulsive dieter, though, I have been here before and it has never worked out.

Are you a morning person or a night person?
Perhaps you believe there's no such thing.

Whatever I think (I'm still not really sure – when I have to do mornings, I can, even super-early mornings, on a consistent, regular basis), I've never managed to get my body to agree to the proposition that mornings are for waking and nights are for sleeping.

Remember having a newborn and trying to get their schedule on track with the rest of the universe?  Trying to convince them to sleep through the nights and be awake during the days?

At this time of year, heading into yamim tovim that I know will sap all my energy, I want to be at my best.  So even though we're not big on resolutions, that's mine for this Elul - to sleep.  And give my family my best.

Is there something stopping you from being your best?  What is it, and how will you change it this Elul?

Hey, the Kindle version of my book Penguin Rosh Hashanah will be free the entire week leading up to Rosh Hashanah (Sept 19-23, 2014).  And in an exciting development… I’m just putting the finishing touches on the follow-up, Panda Purim.  Will this series include only animals that start with P?  I thought about platypuses for a second… but they’re kind of horrid looking.  Any thoughts for what animal / yom tov I should do next? 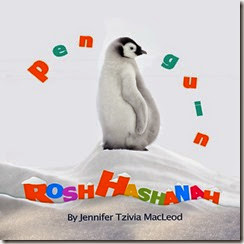 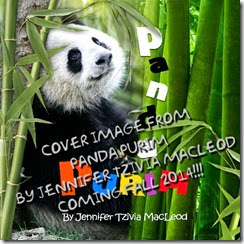