Eulogy for my brother Eli 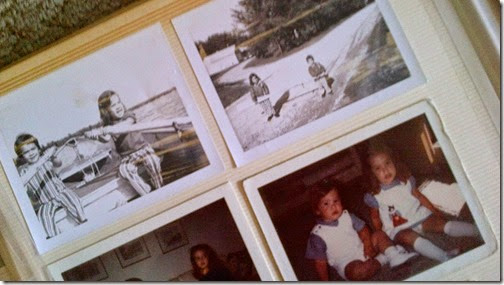 
Once upon a time, a family went to Disney World… and the little boy got lost. The father couldn’t find him, and, in the most exciting development of his big sister’s life, actually left without him. Her head spun with all the wonderful possibilities. “No brother!” But, like Hansel, he found his way back to the campground and her hopes were crushed. Life with a brother – what a pain.

Seventeen months apart, we were two halves of the same person.  Curled up under the blanket, we’d pretend we were twins waiting to be born.  We’d switch clothing and try to trick everybody (nobody was ever fooled).  We finished each other’s sentences, read each other’s mind, used deaf-blind sign language to talk to each other silently in shul.  I bragged to my friends about his math, and he bragged to his that I slept with a dictionary beside my bed.

My mother has pictures to prove that I was physically older, but by age 2, he’d caught up … and shot on ahead. I can't remember a time when Eli wasn't the leader — stronger and bigger and smarter.  Defending me from the worms in the garden. Teaching me about the world.  Tutoring me in French so he wouldn't know something I didn't.

As a toddler, he and my mother were standing in front of a toy store window when some people passing by stopped. One of them said, “Look, it’s Mr. Mouth!” And my mother thought, “How do they know Eli?” But no, there in the window was a game called Mr. Mouth.

How could he shut up, where there was so much to say?

My own children never got to see that side of him. Except Jeremy.

Eli was his first babysitter, when Jeremy was 6 weeks old. Kind, attentive… talkative; Eli was also perhaps the reason he spoke so early.  Eli snuggled, sang, kept track of the pacifier, fed him the right stuff, reported minutiae about the baby’s routine, bragged about his progress.

But, of course, Jeremy wasn’t Eli’s first baby. When Sara came along, Eli was the one who told me not to touch her on the head. (As a result, I didn’t touch her head until she was well into her 20s.)

When Sara was a baby, my mother would leave her sleeping in a large antique-style carriage. One day, Eli started rocking the carriage back and forth, shouting “BOOM-boom,” “BOOM-boom!” He had read that the sound of a heartbeat would comfort a baby… and when you’re in the womb, he told me, that heartbeat must be pretty loud.

And when Abigail arrived... he knew she was special.  In Catcher in the Rye, the main character is obsessed with his little sister. Holden buys a record for Phoebe; he reads her diary; he turns to her for advice because she is purer than everybody else in the world. That was Abigail.

Those little girls were his warmth and light in a very, very cold world. Over the last few years, Sara became his best friend. Often, she was his only friend, and a reliable spot to drop in downtown at very strange hours.

My mother also, despite his complicated feelings about her, was always a beacon for him. He knew he could count on her for a meal, for sympathy, for money.

A few years ago, my mother’s Chanukah party was shattered when he wandered in, yelling. He was full-on crazy, smelly, and bedraggled. Ted slammed the door in his face and locked it, as he continued to shout, while inside, the rest of us tried to carry on celebrating.

He could be scary, but he never hurt anybody.

Sometimes, his gentleness amazed me, given the demons he was wrestling with.  He loved buying jewellery for the kids; he loved finding and bringing gifts – following in my Zeidy’s footsteps with his “found in the trash” treasures.

So no, my brother never hurt anybody… unless you count the family members who had no idea how to keep him safe.

Today, there are no institutions for people like Eli. We try to integrate them into our community instead, through supportive housing, shelters, and the fine arrangement my brother often settled on:  living under a bridge. Except the underside of bridges can get a little cold here in Canada.

Sometimes, there are happy endings in mental illness, even in schizophrenia.

But Eli's brilliant mind was so very broken.

Zale said something important last night: we have to forgive ourselves for how we treated Eli. Sometimes, there was no "good" way to treat him.  Like the time when, after he’d escaped from the hospital, I helped arrange a police sting to catch him, hating myself for betraying his trust, but also hating him for making us do it over and over and over.

Even when the drugs worked, offering us the relatively good times that passed for normalcy, they made him slow-witted, hitting the disease over the head like a sledgehammer.  While some of us might welcome the release from pain, Eli saw clearly how they obliterated him as well.

He had so much to share, and his mind was so very agile. 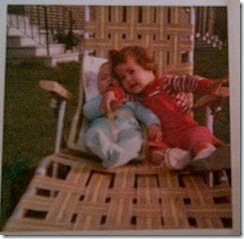 It’s hard to say when I lost my brother. As a person who loved precision, it would probably drive him crazy that we don’t know when he died… and yet, that is the way this disease sometimes takes people: not all at once, at a set date and time, but little by little, breakdown by breakdown, hospitalization by hospitalization, bridge by bridge.

There are few people as desperately in need of peace as Eli was in his last years. We have lost a brother, a son, an uncle, a friend… but he has found peace. And he is teaching us still, through the hands-on lessons in compassion, forgiveness and patience that came with nearly every encounter over these last few years.

Let us remember the giver, the sharer, the teacher. His smile, his shoulders, his hugs. His patient hands patting a baby to sleep; his nimble fingers dancing over the piano keyboard. My brother, Eli.

Feel free to read previous posts about my brother Eli.