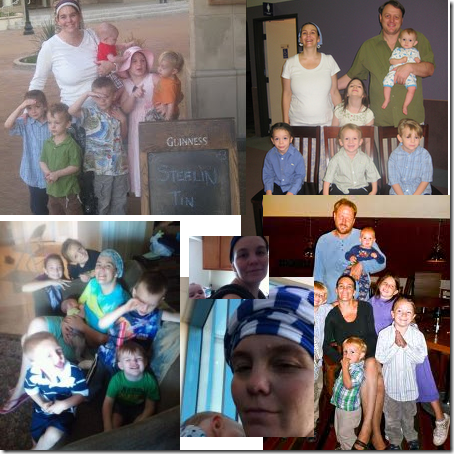 The Hendersons’ own appeal-for-money-and-sympathy website says her breast milk must be tested for alchohol as " she drinks on Shabbat, a Jewish religious day." Another site, discussing the family’s first visit with their kids in 2 years, says, “The announcement of the visit was made on Friday, to which Mrs. Henderson said, “Baruch Hashem!” which in Hebrew means “Blessed be the name of the Lord!” Today began the Jewish festival of Passover, celebrated to mark the release of the Israelites from bondage in Egypt.”

Why doesn’t it just come out and say they’re Jewish? 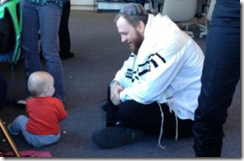 Things looked sketchier and sketcher as I poked deeper into this. At one point, after a court trial, mother Erica Michelle Henderson apparently tweeted that "we really felt the Holy Spirit there." Not to mention that that post also shows the father sitting in court wearing a tallis - a little odd, to say the least. (I have known about a bazillion frum lawyers, none of whom have EVER worn a tallis in court.)

They have repeated begged for money in various online forums, drawing on Jewish sympathy, I'm sure, but there is no indication anywhere that they are actually Jewish themselves.

And those appeals for money have been somewhat successful, raising at the very least thousands of dollars for a cause any one of us can get behind.  Or can we?

Here’s what I turned up. According to this post, "For background, the Hendersons are proponents of homeschooling, home birthing, no vaccines, and are Messianic Jewish by faith."

Why do I have a problem with that? Who cares what their religion is?

Here’s the problem: “Messianic Judaism “ is, by definition, a lie. And to be very blunt, if they’re lying about their religion, what else are they lying to us about…?

I’m sure it’s true some so-called Messianic Jews truly believe they’re following the right path, and honestly think they are Jewish. But I wonder how they think it’s possible to join themselves to a thousands-of-years-old faith just by wrapping themselves in a tallis, drinking Kiddush wine on Shabbat, or saying “Yeshua” instead of you-know-what?

As I’ve said here many times before, the truth as I see it is that American Protestants are sick of the way their faith has been gutted of its symbolism, depth and beauty. Not to mention its history. They’re looking for something older, deeper and more “authentic.” And for many, Judaism – in a bastardized, ripped-off Messianic form, is it.

Actually, I later did find another reference – accompanied by a picture of a seder table – saying that the first 2 days of Pesach “were high holy days for the Hendersons, who are Jewish.”

Lying about your religion isn’t a crime. And I’m sure there are lots of nice people who belong to Hebrew-Christian “messianic” organizations, acting like Jews and teaching their kids all about their odd hybrid religion. Again, it’s not right, but it’s not a crime, either.

What rubs me the wrong way here is that their appeal was being circulated in a Jewish context. Somebody told somebody they were Orthodox Jews, perhaps even “very Orthodox,” that mythical beast that everybody imagines existing in some black-hat enclave somewhere.

They certainly never objected to being thought of as Jewish… and presumably soaked up the Jewish sympathy right along with the PayPal dollars that came with it. 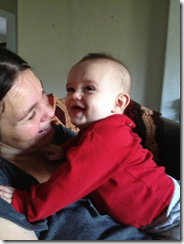 I also discovered more background on the Hendersons and their battles with authority in the form of an L.A. Times article that goes waaay back to 2005. "They're a very interesting couple. Let's put it that way," said the U.S. Forest Service Ranger who reported that the couple had circumcised their baby themselves at home under non-sterile conditions: a backwoods cabin with no running water. There were also allegations of violence against the father, Jeffrey Henderson, although at that time, they were given back their children (despite the backwoods bris!).

I’ll be honest:  I believe people like this prey on the good intentions of folks like you and me.  There’s nothing wrong with asking for money.  I have given to online appeals for various families, and even organized one myself, collecting and forwarding donations for an Israeli homeschooling family who suddenly lost its father a couple of years ago.

Here’s something you might not know about me. I’m secretly a soft touch: I care about moms and kids, and families of all kinds. And I get mad when any so-called authority steps in to take kids away from the families where they are thriving.

A few years ago, CPS took away our friends' long-term foster son without cause. You can bet that I demonstrated (here’s a picture of me speaking at that event) and wrote letters and organized people and fought as hard as I could to get him back. (Sadly, we failed…!) 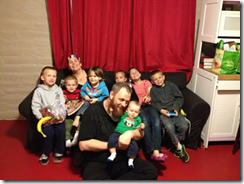 Regardless of religion, I believe the Hendersons' is a story I could seriously get behind... if it was true.  Just as so many others online have adopted them as a cause celebre:  the poster family for discrimination against homeschoolers, home-birthers, no-vax’ers.

But everything that I found online has convinced me: this is not a one-time Bad Thing that happened to Good People. Everything that I have learned about the Hendersons points towards one crucial fact that most of the nice people sharing their story don’t realize – because they’re not sharing the full story:  This is nutty people doing things to their kids that they ought not be doing. And honestly, that's what CPS is for.

If you have seen an appeal for this family online, please share a link to this post so others can find out the truth.