Look!  It’s my authentic Feiyue running shoes from China!  Not only are they tremendously geeky-looking, but also they offer a) absolutely no support of any kind, along with b) no premium features whatsoever.

So why are they my new favourite exercise shoe???

Apparently, studies into footwear and running found that the more support and features a pair of running shoes offered, the greater the likelihood that the runner would be seriously injured.  (I don’t have sources for this beyond the popular but controversial (yet well worth reading) book Born to Run.)

Yes, indeed, folks.  The more bells, whistles, shock absorption, doohickeys and sponges and padding and gels and whatnot you introduce, the worse your feet and legs will feel wearing them.  In general – your personal mileage may vary.

This was shocking news to me.  I have always loved the idea of big, boat-like, bouncy running shoes.  Doesn’t everybody?  Well, not a friend of mine who spent a summer two years ago trying to perfect the art of minimalist DIY huaracha 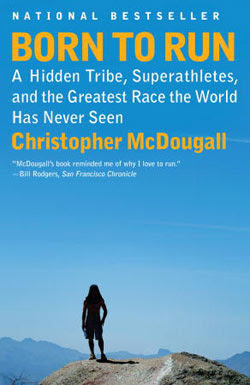 sandals. Smart lady; I should have listened way back then (oh, wait – I had a broken ankle).

Last fall, still trying to bounce back from a broken ankle two summers ago, I realized I had kind of plateaued.  The balance and strength in my injured ankle wasn’t improving much at all.  Around the same time, I finally read Born to Run, which talks at length about barefoot running and minimalist shoes that, rather than encase and bind foot muscles, encourage them to do what they were, well, born to do. 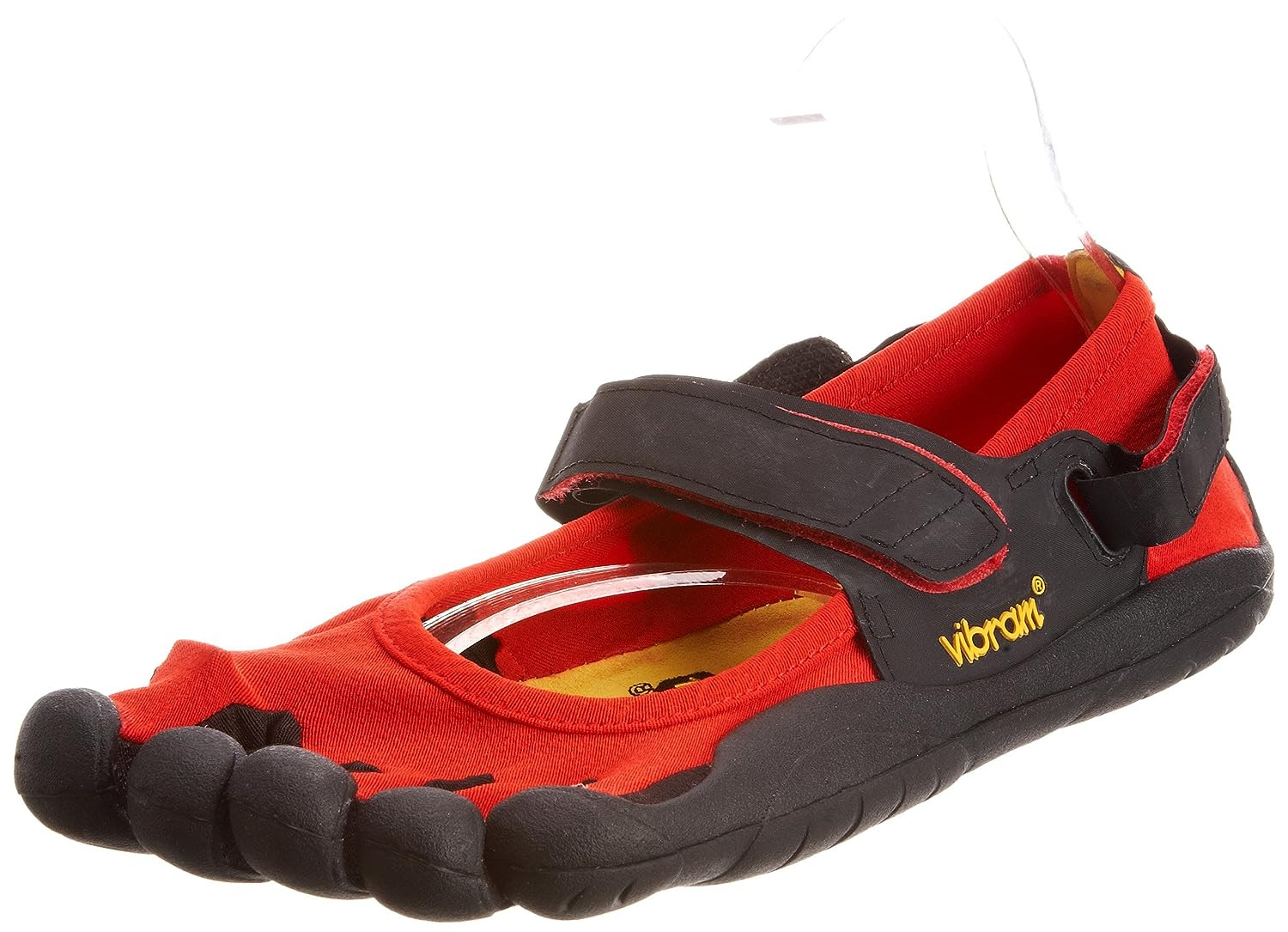 So I started wearing my Tom’s Shoes around a lot and, though I didn’t want to go as far as buying a pair of Vibram Five Fingers shoes (cuz they look dorky, besides being waaaay overpriced for something that’s supposed to feel almost like wearing nothing on your feet, besides the fact that my teenage son has a pair), discovered that many of “barefoot” runners prefer these cheap Chinese martial arts (wushu) shoes, which achieve almost the same thing for under $20.  (Originally WAY under $20, but then they got trendy among the barefoot running crowd.) 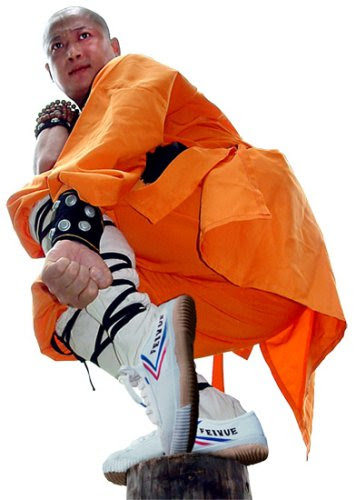 I got my first pair of Feiyue shoes back in the fall, and the first week I had them, I ventured out wearing them to an aerobics class, remembering, fearfully, how, in the weeks after the cast came off, the only things I could wear without pain were the heavily-padded, heavily-supportive running shoes.  But I also suspected that in the year since then, my recovery had plateaued (there is no good way to write that word without spellcheck complaining, except maybe “platypus”) at a point where the broken ankle was still disappointingly far below 100%.

So I wore the Feiyues and did the class – the only person there in minimalist shoes, and it was NOT a low-impact class.  It was a bouncing-around bopping-to-the-music kind of class.  And I thought I was going to die.  My shins started screaming about halfway through and the next day, I thought I might not be able to stand up.

But in a way that’s hard to describe (so you’ll have to trust me), it felt like “good pain.”

I hate stories of “conversion” to weird physical disciplines, but here’s where it gets weird, maybe.  The way my feet and legs felt in the week or two after that first class convinced me that those “helpful,” supportive running shoes had taken over the job my foot and leg muscles ought to have been doing all along.

I still have that pair – wore them this morning to a Zumba class, in fact.  Six months later, they’re still holding up surprisingly well, considering how cheap, and cheaply-made, they are, and considering I only have a few pairs of shoes to my name. 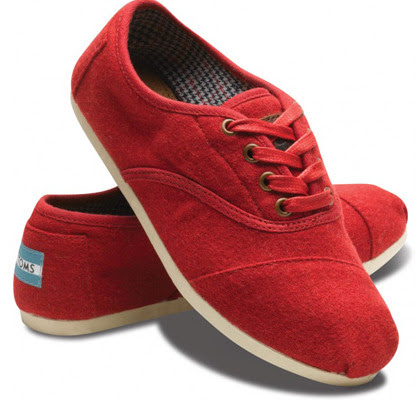 I have worn them all kinds of places, in everything but wet or snowy weather (if it’s cold, I wear the Tom’s, because they’re wool and a bit warmer).  The pair pictured at the top of this post are a new pair I ordered for when the old ones fail.  They also come in black and if all goes well between China and here, two of those are on their way as well.

I have switched my fitness discipline from plain ol’ aerobics to Zumba, mainly because I like the dance-ness of it.  It’s more fun than aerobics, sometimes in a dippy way, but sometimes in a way that makes it feel less like a chore.  (Sometimes; not always.)  The music can be cheesy but I don’t mind not understanding the Spanish (probably I wouldn’t want to know anyway). I’ve also started noticing that some Zumba instructors wear less structured shoes, the way dancers do.  One time, an instructor forgot her shoes entirely – oops!  There was a little less bouncing in that class, but for the most part, the routines were unchanged.  I like that – it’s not low-impact in an artificial way; it’s just naturally gentler movement, and more based on what your feet and body can do within their own natural comfort zone.

So have I advanced beyond the plateau?  The happy answer is – yes!  My left ankle still hurts sometimes; probably always will.  I don’t know what does it – there are some positions on some days that are just not comfy.

But in general, for balance and strength, I believe it’s the same or better than it was before the accident.  Because I have been working it so much (I stand on one leg whenever I can, somewhat compulsively, in fact), the left ankle is actually far more stable for balancing (which I never would have believed, after spending a summer hopping around on my right foot).

So that’s my story.  Not a conversion, as such, but an idea that perhaps the Received Wisdom and our love of the most gadgetty thing possible is not always the best or healthiest option.  My crunchier friends have known this all along, of course, but some ideas take a while to sink in.

I should add:  the controversy is ongoing… this newish article from The New York Times suggests that barefoot running can lead to other types of injuries, so there you go… your mileage may vary, consult your physician, etc.  In case you hadn’t noticed, I’m (still) not an exercise physiologist, kinesiologist, sports-medicine doctor, running-shoe corporate lawyer or rabbi.

And that’s the story of why I’m loving my shoes, and even my feet, these days.