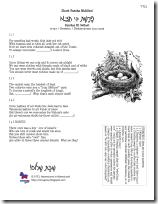 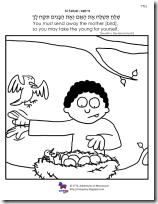 Don’t forget to read this week’s Parsha Poem and parsha overview.  Plus… copywork and parsha activities – something for every week of the year! 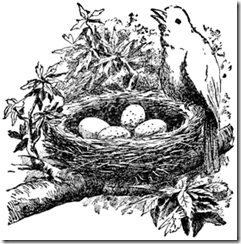 For speaking bad words, this lady got sick
With tzara'as and so they all sent her out quick
Now we learn this mitzvah straight out of the Torah:
To always remember __________'s Loshon Hora.

Some things we can mix and it comes out alright
We can wear clothes with threads made of black and of white
You can wear checks and plaids, but this parsha says
You should never wear clothes made up of __________!

The easiest easy, the hardest of hard
Two mitzvos earn you a “long lifetime” card;
To honour a parent’s the toughest of tough,
But __________…?  Why, that’s such simple stuff!

Once, battles of all kinds the Jews had to face
Valourous battles in all kinds of place
But there's one we remember for history's sake
An un-valourous strike by those called __________!!

There once was a boy – one of Israel’s –
Who ate lots of meat and drank his ales;
But you still cannot stone him
Unless those who “own” him
Are alike in these three crucial details!  What are they???

STUMPED?? Here are some answers:
[ 1 ] Miriam (24:9)
[ 2 ] Shaatnez, a mixture of wool and linen (22:11)
[ 3 ] Sending away the mother bird receives the same reward (long life) as honouring parents to teach that we can’t possibly guess the reward for any particular mitzvah (Midrash Tanchuma 7:2 on Devarim 7:12).
[ 4 ] Amalek (25:17)
[ 5 ] Rabbi Yehudah argued that the “rebellious son” could not be executed unless his parents were exactly alike in voice, appearance and height – clearly an impossible condition (Sanhedrin 71a, based on “he will not obey our voice [singular]” (21:20)).