Don’t forget to read my Parsha Poem and parsha overview, plus this very easy snake craft project.  Plus… copywork and parsha activities – something for every week of the year! 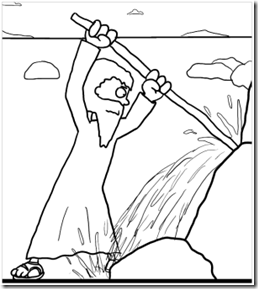 The parsha teaches about a red heifer,
A word that only rhymes with zephyr;
An easier word you can say for it now,
‘Cuz a heifer is really a girl kind of __________!

This may be a source of infernal frustration;
But please guess the meaning of the word “lustration.”
Does it mean envy, purity, festivity, wrath…
Or maybe the steam that escaped from your bath?

The mitzvos we learn from the Torah so dear,
Six-thirteen we read in our shuls each year.
But only three different kinds – what a shock;
Mishpatim and eidos, and those called a __________!

Moshe lived for honesty, and not for petty lies,
But Aharon’s death was news the Jews accepted with surprise;
In fact, they couldn’t believe him at first –
So how did Hashem help them realize the worst?

It’s very strange to think Hashem would take a man to task,
For messing up a little thing that He would deign to ask;
And yet we know He holds tzaddikim higher than the rest,
And we can see that Moshe here had failed to do his best.
What was his mistake?

In many ways we’re all confused with what this parsha teaches,
And many different folks all come to help explore its reaches;
When Moshe hit the rock so hard, to quench the masses’ thirst,
He got water the second time, but what came out the first???