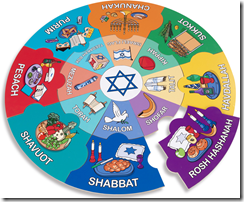 A bit of a meta-post… this was going to be a comment in response to a post on Shiloh Musings reflecting on very recent changes in recognition of and funding for liberal Jewish movements (Reform, Conservative, Reconstructionist) in Israel.  But then, as usual, it got too long for a comment, so here it is in its fullness:

In her post, Batya wrote, “I don't even subscribe to the label "Orthodox Judaism."  I'm just a Jew who follows the Torah as best as I can.”

I also avoid the "orthodox" title - it just doesn't fit well.  That said, devil's advocate, I don’t believe there are many pure trouble-making iconoclasts – giving the word its most literal, idol-smashing meaning – within the so-called "liberal" movements (so many quotation marks!).  I believe many actually feel they are restoring Judaism to its origins… in a way.

It may disturb folks in the Torah world, but much of what we consider "Jewish" (hair covering, styles of dress, monogamy ;-)) originated in cultural practices wherever we happened to be living.  We are all very far from the source, that's for sure, but I think it's a little disingenuous to say one is "just Jewish" (as much as I do it myself), because all the boats leak, so to speak: sadly, none have done a flawless job of sailing Torah truth to the nations - or to the generations.

Batya says these movements “have separated themselves from standard, historic (small "s") traditional (small "t") Judaism, the Judaism that has endured thousands of years.”

I disagree.  I believe separation is in itself traditional.  Fiddler on the Roof aside, there was no great achdus in European communities, apart, perhaps, from in the tiniest shtetlach.  You can argue that at least the Chassidim kept the Torah, but the Misnagdim sure as heck didn’t think they were keeping it right… at least, until the haskalah-niks came along and made allies of the bitterly warring factions.  From the Essenes to Kabbalists, there have always been splinter groups and movements, some of whom gave themselves names to davka separate from the klal.

There is no "Judaism that has endured thousands of years."  Very few people today practice the "just Yiddishkeit" of their grandparents, though their grandparents might be very proud indeed of what their observance looks like (or not, as the case may be).  Does Hashem want us to evolve and change how our Yiddishkeit looks as we absorb new information?  Obviously, or we wouldn't use crock-pots and Shabbos timers.  I also believe in the primacy of halacha, but then, so does the Conservative movement (though their interpretation is way different).

She also says, “I guess it's also human nature for some people to try to rationalize away their lack of observance by changing the rules.”

To this, I object, in part from having grown up surrounded by people who did not observe Judaism, but who performed no such rationalization.

In the case of my family, which is what I know best, there were two forces at play:  1) not knowing much about halacha and Jewish observance to begin with, and 2) sincerely believing that most of what had been observed in previous eras had been Rabbinically suspended or “relaxed” in modern times.  I was personally happy and proud to have the best of both worlds – fairly traditional davening and shul experience along with a fairly modern, secular atmosphere in our home.  Perhaps there are others who feel this way as well.

Does the laziness or trickery lie with the leaders or founders of these movements?  I doubt it.  I believe leaders are, for the most part, highly committed to Jewish “observance,” if not halacha.  The Reform and Reconstructionist movements make no claim to follow halacha; their leaders believe that other principles (tikkun olam, Jewish civilization, ethics, the prophetic imperative) have superseded strictly literal following of the 613ish mitzvos.

I don’t believe that there was, at any point in history, a person raised in and committed to Torah observance who suddenly decided it was all too much work, and opted to create another type of Judaism instead solely so Jewish life would be “easier.”  Indeed, when people who grow up frum go off the derech, they rarely flee to another movement, which is what might happen if laziness or cheating were the main focus.

However… lest anybody think I disagree completely, Batya makes several very good points:

Yes, yes, and yes.  The more we “let go and let God,” as the Christian bumper sticker says, the more relaxed we can be about our neighbours’ observance level.  As the kids and I are learning this week in our middos program (this week’s middah is “self-control”), it’s easy to judge other people, and harder to get your own neshama in order and worthy of standing before HaKadosh Baruch Hu.

But there’s one other point I want to make, and it’s a tricky part to admit, as a label-eschewing, but nonetheless somewhat observant Jew:

It hasn’t all been bad.

Some good has come from these movements, much as folks around here say "haskalah" like it's a swear word.  The idea of kiruv probably originated with Reform in Germany, with sermons in the vernacular (and they admit now that they were wrong on anti-Zionism and shellfish!).  Thanks to that push, and to Artscroll and Koren/Sacks, we now have beautiful siddurim and many other seforim in English that we can be somewhat proud of and share with non-Jewish and non-religious friends and relatives.  I like this part very much.

As for Conservative, which is, in my view, the most mixed-up of the movements, the vibrancy of halachic debate in its rarified echelons has, I believe, rubbed off and helped energize modern Orthodoxy in North America.  I say this despite the fact that few Conservative Jews are even aware of their movement's committment to halacha.

Finally, in Israel and worldwide (though not as a RESULT of Torah, I believe) harm has been done to the Jewish world as a result of the portrayal of Torah Judaism as a monolithic, unified entity, often speaking for me in ways I do not wish to be represented.  If plurality is what it costs to smash that monolith, so be it; it is by far the lesser of the evils I can see from here.

Batya writes that while Judaism slowly evolves, “our basic belief in G-d and the importance of following the Torah hasn't changed.”

And yet – and yet.  If you asked seven Rishonim what “belief in God” meant, what “following the Torah” meant… I believe the answers would sound different, both from each other and from what we do and believe today.  And these days, if you asked seven non-Orthodox rabbis, they might very well affirm both these principles (though some do not; neither Reform nor Reconstructionist mandate that their clergy believe in a personal deity, ie God).

Confusion is not necessarily a good thing, and matters of personal status are very delicate – it’s not going to get easier to decide who’s married to whom, were their kosher eidim, who’s divorced properly, whose grandmother converted, and all those things.  It may be complicated, but I don’t think it’ll be a disaster; I don’t think Hashem will let Am Yisrael fall apart over this after all the years.

What I do know is that having others around me who are not observant helps me, in some ways, remain strong in my own observance.  This is probably not a noble thing to admit, but I’d say my spirituality, like most people’s, ebbs and flows; we all experience high and low tides.  When I’m feeling great about yiddishkeit, Hashem, Torah, that’s fabulous.  But even when I’m not, I look around and see all the examples of how I could be living my life and – somehow, how? – it’s a concrete reminder of how I have chosen to live my life; of the path on which I have chosen to walk. Ultimately, the other movements are correct in saying that it comes down to personal choice.  That is a painful admission for someone committed to halacha.  I believe there are right choices and wrong choices, and I hope, mostly, that I’m making the right choices.  I believe all Jews should.  But that choice is not mine to make for you, just as it is not yours to make for me.

And so it may well be true that it is not for the State of Israel, lacking an enlightened theocratic leadership, to determine who gets to call themselves “rabbi” and oversee matters of personal status.  I may wish they’d appoint people who believe exactly what I do and leave it at that, but that’s simply not the spiritual state the world is in today.