Quick question, because it’s late and I have to get up for work in the morning.  Which is exactly what I was thinking about this evening:  where do our patterns come from, in terms of how we balance our work lives and what priority a career takes in our lives?

My sister was recently accepted to a government program that gives you some living assistance while you work to start up your business.  In return for this, there’s a “classroom” component, with homework and everything.  So on the one hand, the hard work she’s doing is the kind that most of us have come to hate after a few years out of school earning a steady paycheque, doing productive stuff… not just paperwork; that’s particularly a thing, I think, because she’s such a hands-on person.  (As a sitting-in-front-of-the-computer, writerly person, I think I wouldn’t mind it as much).

Yet on the other hand, because her “homework” is ultimately her business, or at least the paper version of her business (a bakery – yay!!), in the form of a marketable business PLAN, it is potentially a rewarding “job” anyway.  Nevertheless, it is certainly true that she works HARD these days.

Meanwhile, my other sister – the musician sister, not the baker – is working for herself, more or less, doing part-time jobs like childcare and freelance copy-editing to support herself in between shows.  She is busy busy BUSY.  She works hard.

Meanwhile, my mother is talking about her mortgage business, which is much smaller than it once was, but is still not down to zero, and which probably involves a couple hours’ work each day.  Plus, she volunteers, plus, plus, plus, all sorts of things.  At an age when most people are winding down a little bit, she just isn’t.  Even with no husband and her children gone, the house is immaculate.  She works hard.

Meanwhile, I’m sitting at the table with my four kids, doing MY personal full-time mommying-and-homeschooling job, helping Naomi and Gavriel Zev explain some of what they’re learning, trying to stay on top of their wildness – or not.  In between this job, I also write freelance – not enough, but there it is – copy-edit, even tutor when anyone will have me.  I am definitely in the middle of a slump right now, but basically, I think I work hard.

This is not a new thought, but I realized once again that, of the five adults at the table, Ted was the only one who holds down an actual job.  Who gets up in the morning and goes through the 8:30-4:30 kind of grind.  Boy, does he work hard.

But… here’s the question:  does he work harder than the rest of us?  I don’t think so.

I think this scenario is very different from most families.  This is what we saw in my family, growing up.  My father may have had 9-5 jobs when I was young, but by the time there were four of us, he had one foot in real estate, one foot in mortgages, and a couple of feet in teaching one or the other at various local community colleges.  Sometimes, he’d be teaching afternoons; sometimes, evenings.  His schedule always varied depending on where we were in the semester and which schools he was teaching at that time around. 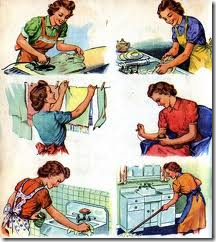 Meanwhile, my mother went through various jobs as well as staying home with kids basically full-time.  Later, she also went back to school, not only for mortgage brokering, but for her certificate in museum studies. (specializing in historic homes, aka urban history, so she could became a pioneer lady, of which I was very proud!)

I don’t mean to say that one of these ways is better or worse.  Goodness knows, Ted’s parents worked hard.  And mine?  The first time I heard the words “work ethic” I knew that was my parents, my father especially.  My father may have had an irregular schedule, but never, God forbid, in the “between jobs” kind of way where we’d see him hanging about watching TV while the sun shone.  If his schedule was irregular, it was because he was piecing together two half-jobs, or, more probably, two “3/4 jobs.”  As for my mother, she managed to define “at home mom” in a super-clean, ultra-tidy way that I still cower from.

(we still occasionally marvel if we’ve left a pot or pan at my mother’s house overnight, that it comes back not only clean but GLEAMING – stripped of the icky build-up and shmutz and crud from the bottom, top, and anywhere it might have accumulated over the years)

But it’s the patterns that fascinate me… that and, while we definitely work hard, the fact that none of my siblings feels at all compelled to define ourselves within the boundaries of a career.  Instead, I think, we are free to define ourselves in this more complex way. 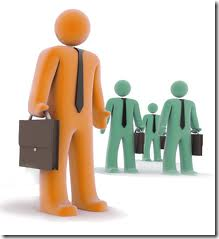 If you stop to ask us what we do, our answers may be a bit longer and more winding than yours, but rest assured – we are hard at work.  A bit of this, a bit of that.  We are currently doing this or exploring that, but please – ask again in a few months, because you may get a totally different answer.

And perhaps we are never much stressed, being “between jobs,” because there are precious few moments of peace and quiet in our busy working lives to remind us that we are still, essentially, unemployed.

So here’s the question (hope you’re still reading!)… are you work-oriented, or career-oriented?  Did this come from your parents, or are you following a different pattern?  I’m honestly fascinated – I’d love to know!