Here’s the score so far, cheese-wise:

Highlights of the skirmish so far:

Impromptu cheese press for the homemade cheddar (no colouring this time, and I made it out of 2L of special organic milk).  Two 2-lb weights, plus a 2-lb can of tomato sauce… probably not enough, but it seems to have done the trick. 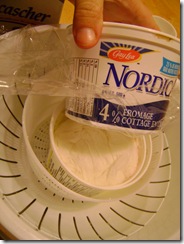 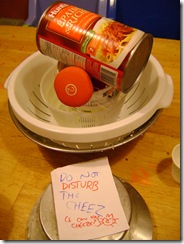 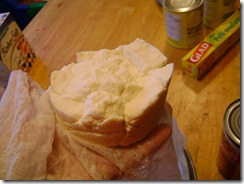 Wrapping the cheddar and storing in highly sophisticated moisture-controlled basement “cheese cave.” I am supposed to flip it over every day for 3 months, wiping off mold as necessary.  Eek. 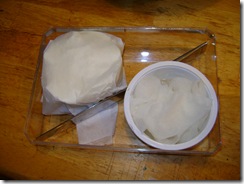 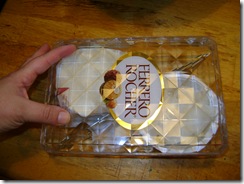 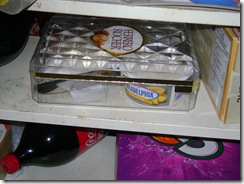 (the paper towel in the cottage cheese tub is releasing a bit of moisture, hopefully just enough, into the air around the cheese)

NOZZARELLA:  The Mozza that Wouldn’t

And now, today’s adventures:  an awful lot of milk… a promising beginning… 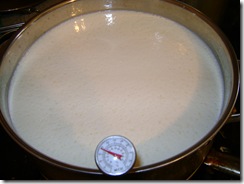 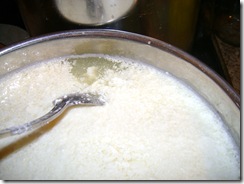 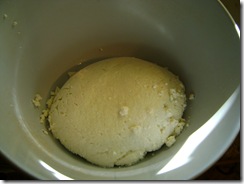 And then – at the microwave stage – total and utter failure to stretch into anything more sophisticated than plain old ricotta: 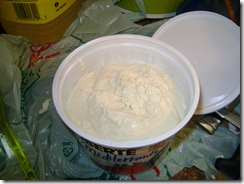 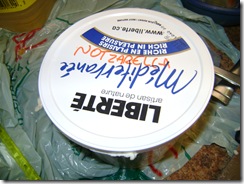 Drat!  It’s because the thermometer in the cheesemaking kit (just a reminder that not everything in the kit is kosher – you must order kosher cultures and additives) shows temps only in increments of 4°F… and doesn’t react quickly enough to let me know the temperature is going too high.

Hopping back on that horse later in the day with a new (digital) thermometer… starting over: 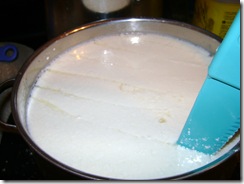 Eek!  Time for Sara’s birthday party!  I left the cheese draining for about 4 hours.  Which, it turns out, was a VERY GOOD thing.

Here’s the cheese, drained, when I got home at 10 pm.  I love seeing the fabric marks of the cheesecloth on the cheese. 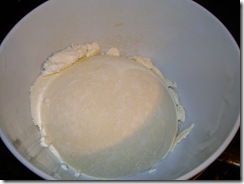 Microwaved a couple of times for 20-30 seconds each until it was “almost too hot to touch” (you can see I need to wear gloves at this temperature, even though I don’t think I have particularly sensitive hands).

Salt it a bit, test it each time to see if it’s ready to stretch… and YES!  It stretched! 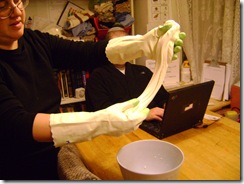 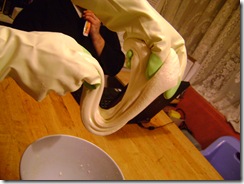 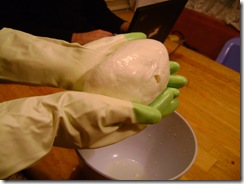 That nice, glossy roundish ball at the end is exactly what it’s supposed to look like! 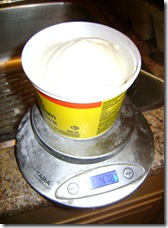 You can see that the yield was excellent, too:  478g is just over a pound, almost 17 ounces, from 4L (just over 1 gallon) of milk.  And the second batch of milk was, weirdly, on sale; I think it was only about $2-3 at Superstore, but I could be wrong.  And here’s the thing:  properly salted, it tasted really, really nice.

So even at the full price of around $5ish for 4L of milk, if it yields over a pound of cheese, that’s half the price of the lousy cheese on the kosher shelves in the supermarket (227g / 8oz for $5.50).  I have definitely wasted a LOT of milk in the process of figuring this thing out – 8L today alone – I can think of it as collateral damage or the price of a home education in cheese.

The biggest thing I’m learning: you can’t rush cheese.  Also, temperature is very, VERY important: it requires more sticklish precision than breadmaking – taking a mixture from 86° to 108° gradually over a period of 15-20 minutes can be annoying, and there are apparently few shortcuts.

But it’s wonderful to know that at least it is, theoretically, possible to make delightful kosher cheese for not much money!