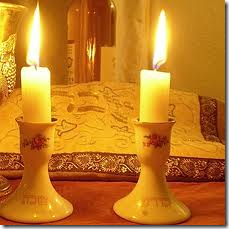 I am thinking about all this because we were actually invited out last Shabbos!  It was nice, yet weirdly familiar because we’ve done it so very often.  Only all of a sudden, instead of being a pain, it was EASY; it was fun to be a guest for a change.  What a great example of the extent to which we take our tzuris for granted, even take for granted that it is tzuris to begin with.  Is it really???

Perhaps the best example of this is how terrible, terrible it feels to take care of a newborn baby… shrieking, irrational, demanding; you’re sleep-deprived, you’re physically beaten-up and exhausted in every physical and emotional way.  Yet you could never in the world call that “tzuris” without remembering that for so many couples, it would be a bracha to be able to have a baby, period.

So the answer to the question I came here to ask is obvious – neither is nebbach at all.  The first isn’t nebbach at all, it’s beautiful.  Mi k’amcha Yisrael? (who is like Your nation, Israel?), enveloping a young single woman and her two little kids and give them families when there is nobody around for them.  But it’s also a bracha that now, most people leave us alone (though I still have no idea why!); this not nebbach, this is a bracha, because at core, I’m a grouchy, anti-social person who prefers to be in private spaces.

(I don’t think they’ve guessed that…but maybe that’s why we don’t get more invitations… no – joking! – I promise, I’m utterly sweet & charming when I have to be!) 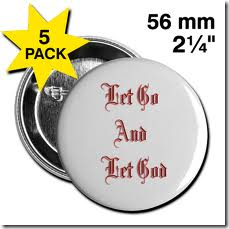 I know this sounds terribly mushy.  But the fact that it’s in Hashem’s hands, not mine, means we get (hopefully) just the right amount of same-old, same-old routine and just the right amount of shake-it-up pseudorandomness.  And boy, am I grateful that I’m not the one who has to decide all that!  Like the bumper sticker says:  “Let go and let God…” (gotta respect any spiritual sentiment that’s available in 5-packs!)

Except the Jewish version, following on the heels of Hashem’s “lech lecha” (“go for yourself”) command to Avraham, would probably read, “Let’s go and let God…” At least, I’m determined that that will be my attitude if and when we are invited out again.  “Let’s go…!”  Though I still have no idea why the invitation comes so rarely… nebbach.