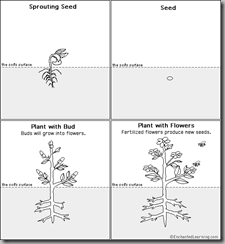 I mentioned the other day that I’d invested in the Evan-Moor Literature Pockets Nursery Rhymes book and was enjoying it, despite its being a “canned” curriculum…  well, here’s another purchase I have utterly failed to mention:  Enchanted Learning.

Okay, not a purchase so much as a membership, and I caved and spent the $20 for a one-year membership back in February.

Yup, this site is the cheesiest of the cheesy, but it SO often has just the right printable at just the right time.  A booklet on fire station math for the week we went to the fire station, a musical instruments something or other, or a parts-of-a-tree diagram to label and/or colour. 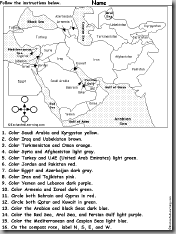 Their geography resources can be pretty ugly, I must admit.  Looking at the maps just now as I wrote this, I noticed that they are clear enough, but the fonts are blocky and hard to read.  And the arrows pointing to the smaller countries are distracting – sometimes to the point of obliterating most of the country or feature they’re highlighting.

In general, the site lacks artistic quality, and the images are often pathetically bad.  Also, the crafts and classroom themes are sometimes cheesy and rarely relevant to our school stuff.  Finally, the Jewish content is more minimal than it should be, basically limited to a few Chanukah activities.  There are some token “Hebrew activities,” but they are all in transliteration, so limited in their helpfulness. 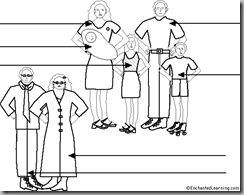 In the end, though, I have not been disappointed by this site’s size and sheer ability to let me put my hands on more or less what I’m looking for in several subject areas.

So why am I ashamed?

In general, I’m opposed to membership-based things, especially ones that I suspect are preying on homeschoolers to insecure to create their own printables and explore their own kids’ needs.  I mean, one year for $20 doesn’t sound like much for a “textbook” of printables, but after 2 years, it will have cost $40 – will it have been equal in quality to a $40 textbook?  What about if I stay on for 4 years.  One can buy a heck of a lot of texts etc for $80.  I suppose I shouldn’t look at it that way, but I’m my father’s kid and I do.

A while ago, I was looking at a site called Little Passports, which is an EXTREMELY cute way to learn geography, where your kid(s) receive a package in the mail every month “from” a different country, with a letter and maps and postcards and information, plus a different “treasure” in every month’s package.  There’s a suitcase and a passport and I thought, “how cool.”  I had read a great review on another homeschool blog and figured, well, it’s only $11.95 a month.  That’s nothing!

As for Enchanted Learning, which in any event, is only $20 a year, I’m glad I made an exception, even though I can’t wholeheartedly recommend the entire site, mostly because of its dorky graphics.