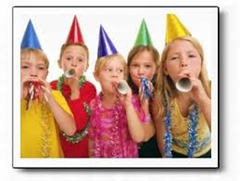 So the littles were invited to a baby’s first birthday party, which is being held on Sunday – which happens to be Yom HaShoah (Holocaust Remembrance Day).

I don’t really do a big thing about it, but I do REMEMBER on that day, and I think I do feel it, even though I don’t have anybody in my immediate family who was in the Shoah.

And frankly, the fact is that I don’t think Sefirah (the mourning period following Pesach) is a particularly good time for a kids’ party anyway…

So should I bring the kids?  There is a good chance they won’t even know it is Yom HaShoah, but it is STILL sefirah, and it just feels weird to ME.  Shouldn’t that count for something?  I got another email nudging me to RSVP and I really, REALLY don’t know what to do.

p.s.  Did I mention the party is being held in our shul?  Does that make a difference?