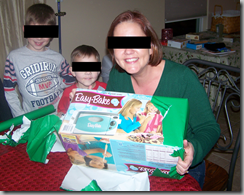 DovBear has an intriguing post and comments thread up right now about – well,  he’s titled it “the most absurd Chareidi beliefs.”

Somebody quickly pointed out that almost every person of faith believes in absurdities; it’s part and parcel of the whole schmear.  (And yes, grammarians; I really DO mean “part and parcel,” and I do know what it means, thank you very much.)

After reading this thread, I happened to be looking for resources to help me teach Hilchos Shabbos (laws of Shabbos) with this woman preparing for the conversion exam.  So I headed over to Chinuch.org, where I found a nice succinct Lamed-Tes (39) Melachos Booklet, which I downloaded and printed…

And then I tripped and fell headlong into THIS document (sorry,  you’ll have to register if you want to download the whole thing), a nearly-400-page high-school-level book deals a little bit with hilchos (laws of) Shabbos, but mostly with halacha (Jewish law) as it applies to various situations of life:  visiting a zoo (there’s a special bracha!), going to the pool (not with women, you don’t – presumably, it was written for men and boys)…

And then there is… MOVING AN OVEN.

At the risk of spreading a vast chillul Hashem, I absolutely MUST reproduce this section because it is too precious not to share, unlike various things to do with nail clippings and hotel rooms:

"One is not allowed to remove an oven from its place since doing so is putting  himself in danger. The reason is because sheidim are underneath an oven and  when one moves the oven one is starting up with the sheidim."

STARTING UP WITH THE SHEIDIM???

“Sheidim” are demons.  “Starting up” is a rather cute Yiddishism meaning “to provoke.”  One must not move an oven, because of DEMONS.  There are footnotes to prove it.

Now, I am aware that in the bargain-basement recesses of the Jewish mind, there is room for various roving and possibly mischievous kitchen demons, who may or may not haunt cut onions, water glasses, and other unattended items.

If you didn’t know that already, you may be shocked.  This is hardly the fun, slick, sophisticated Judaism that Aish and Chabad and their ilk are trying to sell… and yet, well, in a way, I kind of like it.

But I don’t think it should be presented as halacha.  For a newcomer, and perhaps for a high-schooler, halacha is big enough and scary enough to sift through with this added on top.  It’s enough that kids in our schools have trouble figuring out what’s halacha, what’s minhag, what’s mehadrin… without needing to also discern what’s pure bubbemeise.

This kind of stuff makes it tough to sit with a straight face and call myself a teacher of Judaism.  Don’t get me wrong:  I love the bubbemeise part of it.  I really do!  But there are a million good reasons I can’t, won’t and shouldn’t teach it in a halacha class.

Despite the fancy footnotes, this Law of Oven Motion is derived only from the will of a 12th-century rabbi, Rav Yehuda HaChassid.  The document also points out that “the items in the will are not real dangers, but things which one must distance himself from.”  Like DEMONS:  that’s a real high priority for every high-schooler.

In case you are now actually worried, the footnotes point out that “some say it may not apply to a goy’s oven.”

Yes, the Pesach loophole!!!  “Some suggest one who has to move an oven should sell it to a goy, and then buy it back from him after it is moved.”  Now, your demons are the goy’s problem – along with whatever baked-on crud haunts your oven’s interior.

Please also feel reassured by this WikiAnswers question, “If you move a wall oven 10 feet can you move the 240V feed to the new location by yourself?”  Surely, if DEMONS were an issue, the top priorities for the answerers wouldn’t be be “make sure the wire nuts are on tight”, “mixing copper and aluminum [wire] causes severe corrosion problems”  and “always make sure the breaker is turned off before you do any work on the circuit.”