This is a basic overview of the parsha story in a “Q&A” format adaptable for kids of any age. Answers in brackets are traditional responses, from parsha text and midrash. But be open to anything your child might have to say! Please see the Vayeishev overview for how we use them in our homeschool! There are also copywork sheets to go with the weekly parsha… enjoy!

משפטים means RULES.  Let’s find out a few of them!

ה׳ gave so many rules because He… (wanted בְּנֵי יִשְׂרָאֵל to be special!)

This week, in Parshas משפטים, we learn rules for how to treat… (other people)!

Sometimes, a person had to work as an עֶבֶד עִבְרִי – a Jewish servant!

Was this the same as when בני ישראל were slaves in מִצְרַיִם?

If a Jew had a servant, he had to know… (the rules for looking after him properly)

But if a servant wanted to stay, the master could… (pierce his ear, and he was allowed to stay!)

In those days, if a non-Jew got hurt, their family might kill the other person! 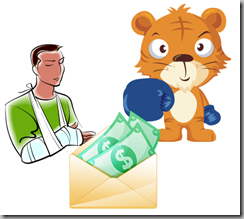 ה׳ said… (this was wrong!)  A Jew who hurts someone else… (has to pay to take care of that person!)

They have to pay for five things:

·         בשת/Boshes – money because the person was embarrassed by getting hurt.

The family was not allowed to… (take revenge on whoever caused the injury!)

Even if you didn’t hurt the person yourself, you might still have to pay!

בני ישראל had to try to make sure that… (nobody got hurt, ever!)

They still had to pay, even if… (it was their animal who hurt the person)

They sometimes still had to pay, even if they didn’t… (hurt the person on purpose!)

ה׳ wants us to be extra-careful with other people and their things!

If you are taking care of someone else’s things, you have to… (guard them carefully)

ה׳’s special people had to remember many special times and rules that made us different!

Every six days, בני ישראל had to stop… (working and keep Shabbos!)

Every six years, בני ישראל had to stop… (farming and keep the שְׁמִטָּה/Shemittah year!)

Three times a year, בני ישראל had to… (come to ה׳ to celebrate:  פֶּסַח /Pesach, שָׁבוּעוֹת /Shavuos, and סֻכּוֹת /Sukkos!)

One more way of being special:  ה׳ told us not to… (eat milk and meat together!)

There are three kinds of people ה׳ wants us to take care of!

They are: (a גֵר/convert, a יָתוֹם/orphan, and an אַלְמָנָה/widow) because… (they’re alone; missing people to care for them)

ה׳ says he will listen hard to these people and make sure… (they are not sad or upset!)

At the end of this week’s parsha, Moshe goes up on הַר סִינַי for forty days.

He’s getting ready to bring back some very special instructions –