Other “weekly memes” I participate in that may or may not interest you:

We are a Jewish family of 6 (2 parents, 4 kids) and all our meals are kosher.

Newcomers, read my MPM intro here which tells you all about who we are, or just visit my super-duper-list-imization of Everything We Eat.

Menu planning at this time of year can be tricky.  This morning was very chilly and I came home from driving Ted to work really, really wanting to have stew… but then it turned out to be actually quite a hot day – well, 22° and sunny.

We ate the stew anyway, but it felt a bit silly eating fall food (there was squash in the stew, and root vegetables) on what was so clearly a summer day).

Today was the exception, however, and fall is definitely upon us.  The high temperatures for the rest of the week are more like 15°, and I think we will start to eat more soups… and breads – yay!

How crunchy can I get?  I am on a sleeping-better and eating-better kick, and inspired by goodness-knows-what, I am making the Tightwad Gazette’s homemade granola as I write this (oh, wow… I sampled some going into the oven and BOY, the milk powder makes a huge difference over previous pareve granolas I have made… it’s utterly addictive!).  Have you ever priced storebought granola?  Like $4 or $5-something, for a tiny box of what is basically honeyed horse-feed… :-o

When I say EATING better, I should point out, I most decidedly do NOT mean our suppers, which I think are really quite nutritious.

Carb-heavy, yes.  I have been warned about that repeatedly.  I love bread, and pasta, and potatoes, and I will not demonize GOOD FOOD.  The solution to not getting fat (or staying fat) is to snack less and move around more… NOT miss out on delicious suppers with my family! 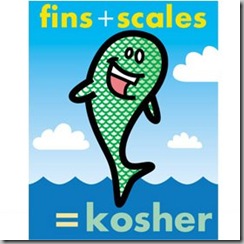 You may also be scandalized to know that one of the big highlights of last week’s menu was the BREADED and DEEP-FRIED fish (and chips).

Ted bought fresh halibut – which we almost never do, because it costs more than meat! – and I made my favourite easy beer batter (no idea why, but I have been cooking and baking with beer a LOT lately).

Dredging the fish in corn starch before battering ensured that the batter didn’t slide off like it usually does and the end result was simply delicious.

(Cartoon fish credit goes to Ted – isn’t it amazing???  This scaly guy looks like he’s just begging you to bread him… This is a full-sized painting he did on commission for the fish-store owner.  Back when he still painted stuff.)

All of which said (somewhat defensively), here is this week’s supper plan…

Sunday (tonight):  Frugal Success!  World’s Most Amazing Pressure-Cooker Beef Stew with Beer Bread Dumplings on Top!!!  (had some mix left over from August’s bake sale, so I just had Ted mix it up with a bottle of beer – sooper-easy!)  I wanted to make stew but had no meat in the house, so I dropped some money into YM’s bank account and set him out to our nearest store, which has an iffy kosher selection, to buy “any kind of beef that costs between $10-15 and isn’t ground… preferably without a bone.”  Turned out they had literally ONE steak, on sale because it expired tomorrow.  I tore it up with my bare hands into cubes and browned it in the pressure cooker, then added a bunch of roasted veg, wine and Friday night’s chicken-squash soup.  Cooked under pressure 10 minutes, and the smell when I popped the lid!  The meat was SO tender, too.  It might have just been a tender cut, but I like to think it was the pressure cooker.  Of course, it was only one steak for the six of us… so there wasn’t much meat to go around.  But nobody complained; the stew and bread were so delicious and filling!

Monday (Ted off):  Deli slices on rye with latke-mix-latkes, at Mommy’s house (bought everything this morning thinking we were having it tonight…)

Wednesday (Ted late, easy supper):  Polenta – done right this time.  OR Rice-a-Roni with ground beef (another Tightwad Gazette recipe, which is actually what inspired me to do the granola – I just remembered).  I am definitely on a Rice-a-Roni kick this week.  I miss the days when you could go to the store and pick up the kosher brands easily… for years now, it has not been available anywhere.

Shabbos:  Baked Teriyaki Chicken (with Homemade Rice-a-Roni if I didn’t make it on Wednesday) – yes, for a change I actually at least the germ of an idea for next Shabbos!!!