p.s. No friend of Mickey’s 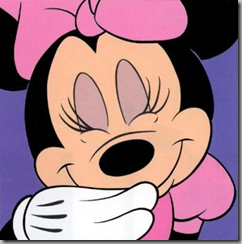 I keep telling myself it’s better than pantry moths (eek!) and better by far than bedbugs (oy!), but… MICE.

Every night, I am out here ‘till all hours and they get more and more bold with each passing night.

I start feeling paranoid, like I’m seeing something out of the corner of my eye that I don’t want to see.  Except I know it’s real, so I turn away before I can see.

We are like ships passing in the night, these mice and I – they scuttle away as I glide through the kitchen in my shoes so as not to get my toes accidentally trod upon.

I have seen a couple in the past year, along with other evidence.  Ted used to catch some in his 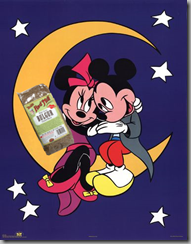 traps, but I suspect the ones that are left are the smart ones that don’t like peanut butter.  Last night, he sprinkled the peanut butter with bulgur and killed one for a change.  I knew they like bulgur because it was one of the only two food things they’d gotten into.  (well, since they ate almost a whole bag of wheat gluten – and that stuff’s not cheap!)

I feel like we’re in some kind of “little house on the prairie” frontier scenario (man vs nature!) instead of in a big urban metropolis.

If YM wasn’t totally allergic, we could borrow somebody’s cat.

p.s.  I just heard the most terrible SNAP from the kitchen… one of the traps went off.  :-o