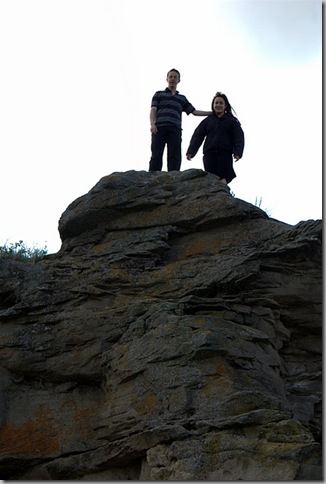 Sometimes, I love the fact that the big kids’ grandfather is both an avid photographer and technically literate enough to get me the pictures almost instantly, via Picasa.

This is the first I’ve “seen” of them so far this vacation:  in past years, I have received updates sometimes daily.

Along the vein of all his outings, this one was both educational and cultural (their grandpa has a PhD in education).

He took them out to “Women’s Buffalo Jump,” a place where native Canadians would traditionally hunt buffalo – driving them over a cliff to their death.  Not quite a “jump,” more of a “smash” (“purée”?) but that’s what such places are called.  The best-known is “head-smashed-in buffalo jump,” which really is a real place despite my mockery every time I pass the signs for it.

They were guided by a native elder, probably a friend or acquaintance of their grandfather.  He has the gift of being able to make anybody his new best friend.  I mean this in the most good of good ways.  He is a great listener; it’s an art form with him, and asks just the right questions – always.

The elder was, apparently, paid off in tobacco – he’s a nonsmoker, but uses it in rituals.  Here they are together: 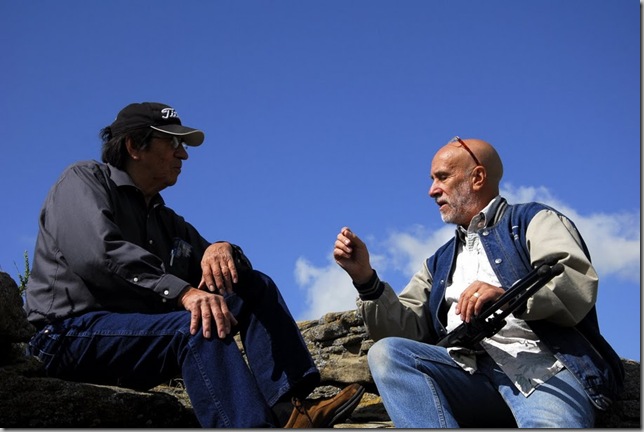 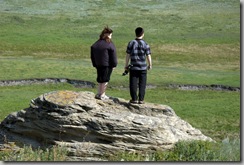 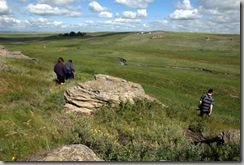 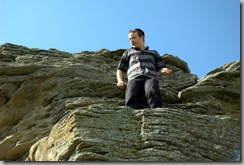 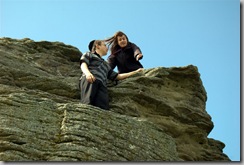 This gives a great sense of the scale: 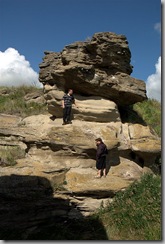 In case you thought Canada’s prairie was dull and flat and featureless – gorgeous! 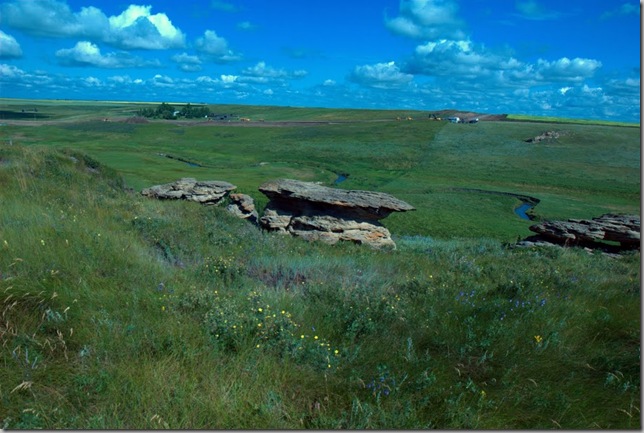 Bye, kiddies!  See you next Thursday!!! 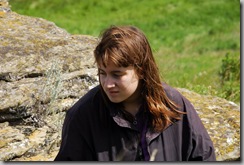 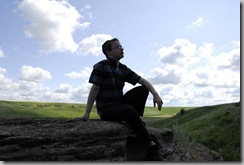