How I spent my birthday

Me, this morning:  “What dreams did you have?”

Naomi Rivka:  “I dreamed about all my favourite actors…”

Two shots of my father’s grave, courtesy of Google maps: 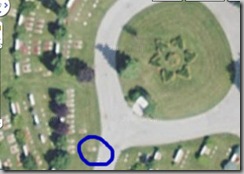 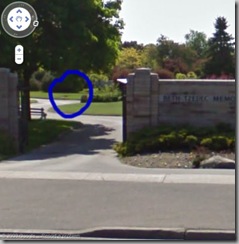 Hey, I never realized you could see it right from Bathurst, but I think that divot in the earth really is it.  That will save time:  just toss the rocks out the window as we drive past!

Naomi Rivka (eating lunch now – we’ve been out for a while):  “I’m going to live in Israel, and I’m going to tell all the people at Kever Rochel that I have a friend and her middle name is Rochel – Yakira Rochel.”