Naomi Rivka is just about out of her mind with rapture, having had a hint of what she can expect over Yom Tov.  Suffice to say that she is seeing some of her favourite people in the entire world.

Here’s the menu so far.  Plenty of food to go around, but keepin’ it simple, silly:  that’s the plan.

I have no idea why I told Naomi who some of the guests were going to be.  I must be getting soft… I  never used to even hint to the kids about what was happening over Yom Tov.  The older kids must have thought it was totally random, wherever we wound up.  I haven’t told her much, though.  She’s just easily excitable. 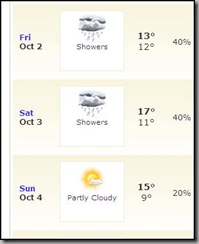 All I can say (and keep saying) is… it’d better not rain… and I don’t care what the forecast says!

My mother decided not to come to us for Shabbos dinner; she’s having my sisters instead, and because of our guests, I couldn’t invite them all here like we did for Rosh Hashanah.

And then I felt sad.

Not because they’re not coming  here, and not even because I won’t get to see them over Yom Tov (I am sad about those things and resolve to plan better next year, or even for the last days!)… but because my sisters get my mother all to themselves.

If I want to go over there, all of a sudden, it becomes A Production.

It’s never just me:  there are 6 of me, and that, especially for my mother who now lives alone, is A Major Production.  Six people, babies, teenagers, arguments; we are the Mac LOUD family, no matter how you slice it.  And apparently, we eat a lot, too.

My sisters can just decide to drop in:  what’s one more person, especially if she’s not a big or picky eater?

So I don’t really get to be a daughter anymore.

I don’t regret having a family, being a mommy (okay, I do regret those things sometimes, for a single misguided instant, perhaps), and I love how parenting gives me a grown-up way to relate to my own parents.  I love giving them grandchildren and I love having more people to love my children with me.

But sometimes I wish it was just me.

Sometimes I wish I could be a daughter, too.