OK, every 3 year old is obsessed with tushies, right? Well, even though she's been saying "vagina" properly for over a year, due to her fascination with everything penis (thanks to Baby Brother) the word has morphed 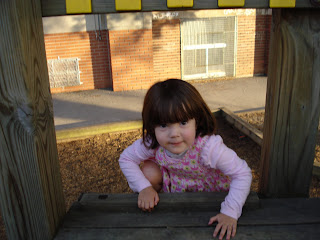 into VA-giant. The "va" part must be pronounced extra-loud and long... and then followed up with the word GIANT.

So Elisheva's off to camp. I can't help thinking how ironic it is to send away the easy kid... it's not like there's 1/4 less work now that she's gone. Why don't they have sleepover camp for babies? Or toddlers? Or weird socially-delayed argumentative 13-year-olds?

OK, he is at computer camp all this week & next. But that's just a day camp.

Did I mention someone called the cops on us last Shabbos, at night? Of course not!
He was being particularly argumentative at supper, and also annoying everybody in sight, with not singing, singing off-key, etc. Finally, he had 4 warnings and I sent him off to bed.

He stood up and picked up his chair. Oh - should add here, we were eating in the backyard because it was 30 degrees inside by the time we were finished cooking & making Shabbos. The backyard was nice & cool, and Elisheva had gone to a lot of trouble to get the table looking nice. While YM did very little, as usual erev Shabbos, which was another reason I was resentful and on-edge with him.

Anyway, he picked up his chair, a green plastic dining chair, and waved it around, threatening it in the direction of the tomatoes. Because, of course, if you want to hurt someone you love & know well (ie me) you threaten something they love (ie my tomato plants). I grabbed his chair to stop him from hurting the tomatoes, which then pulled me and my cheesy plastic chair over onto the ground, but at that point, Ted thought he had been threatening ME directly & had hurt me and stepped in to wrangle him around the house and down the stairs to bed. Handling it admirably, I thought, without the use of excess force or hurting the boy in any way. Just his pride.

BUT... in the course of getting hauled off to bed, YM was shouting (of course) and saying "get your hands off of me!" (what teenager hasn't?)... and not even, ten minutes later a pair of cops showed up at the side door. We ran around to see who it was, and I thought at first they had shown up because we'd just put Gavriel Zev to bed and he was screaming blue murder from his crib.

So I apologized right away for the baby... but it wasn't the baby they were there for. Apparently, somebody had heard / seen Ted wrangling YM and called the police. My first thought was that it was our crazy elderly neighbours who keep threatening to call for letting the kids play basketball. But now I don't think so, somehow... must have been someone going past with a cellphone.

ANYWAY, I told the police YM has Asperger's, that it's like autism in that it makes him a little louder than normal sometimes and more defiant, etc., and explained everything that happened otherwise. They still wanted to see him, so I had to go in, haul him up out of bed and bring him up the stairs. They peered him over with a flashlight and asked him a couple of questions before letting us all go about our Shabbos stuff.

Why don't they have a camp for THAT?!?

Monday:
Home BBQ with parents - hamburgers etc while I was out not buying a car. Grrr... more about that later.

So I cannot believe we're having more meat again tonight. Yucko. But we all love Superstore chicken very much. Salty, yum!