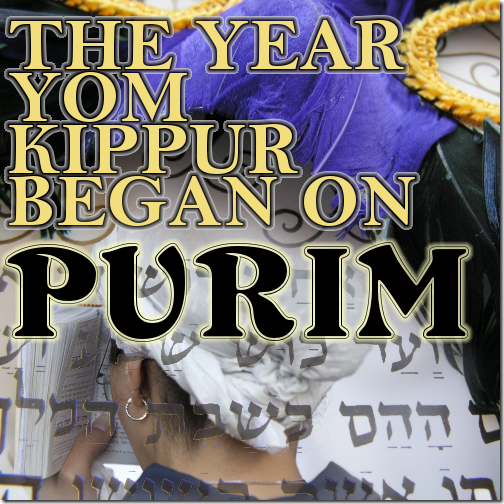 That Purim was bitterly cold. I was newly divorced with two babies, scared and lonely and tired. I probably wasn't thinking straight, but all I knew was I couldn't afford a babysitter for the night-time megillah reading. So I hauled the kids along, to a friend's shul, basically a tiny storefront deal. The women's and men's sides were separated by a wall with just a few tiny windows for sound. I also noticed that mine were the only small children there.

Once the laining began, we crowded in, straining to read along with every single word. There were graggers, but they had to stay silent for the first two chapters. My son, then two, was holding his, but out of boredom, he’d begun turning it around. Click…click… No big deal; we could still hear the megillah.

But after a couple of minutes, the woman beside me started shushing. I didn't know what to do. If I took away the gragger, he'd start screaming and really disturb things. Click…click… I felt everybody's eyes on me, and the shushing woman glared with a "do something" look.

Finally, I couldn't stand it anymore. I peeled the gragger out of his fingers as gently as I could and held up a finger to show him to wait. He wailed. That set my one-year-old daughter off, and with that, the laining stopped. The whole shul hushed, waiting for me to go back wherever I'd come from. Miserably, I scooped up both kids under my arms and carried them to the exit to get our coats.

I assume the megillah reading continued after we left the building. I stood on the freezing sidewalk wrapping my kids in their coats and telling my son, "I am so angry. I am furious." We walked slowly back to my friend's house nearby, and I gradually cooled off enough to realize that it wasn't his fault; I couldn't expect him to be quiet under those circumstances.

When we got there, I remembered that the car keys were locked in the house -- and I didn't have the door combination. But the kids ran around happily playing in the snow, while I sat on the steps watching.

When my friend arrived, she babysat so I could go to a later reading -- which, I realized, was what I should have done in the first place. The next day surprised me -- my first Purim alone, but it was lovely. The kids and I delivered mishloach manot baskets, we had my family for the meal, and I totally forgot my humiliation.

Just before Yom Kippur, I got a call. "You don't know me, but… I was next to you in shul, on Purim." She'd gotten my number from my friend, hoped I didn't mind her calling. "I just wanted to ask, are you moichel me for doing what I did?" This was the traditional way of asking forgiveness (mechilah), for any wrongs committed during the year.

"Well, I didn't need to shush you. I could hear perfectly well." I remembered the rage I'd choked down as she made my already precarious situation -- single and frightened, with some very dependent kids -- just that little bit worse. This is the Jewish version of karma, I thought, that we shouldn't go into Yom Kippur until we've righted all the checks and balances. "Are you moichel me?" she asked again.

"Yes," I said tentatively, awed to discover that I had the power to forgive, to let go and set things straight for her and myself in one instant. "Yes, I forgive you."

We've never spoken since, but I think of this incident every Purim, imagining the spiritual ripples of this day spreading out to engulf my entire Jewish life. They say that Purim has a little bit of Yom ha-Kippurim in it -- that what looks like a mindless celebration is in fact the other half of the atonement of Yom Kippur. For me, it took this taste of Purim misery to show me the true joy behind Yom Kippur.