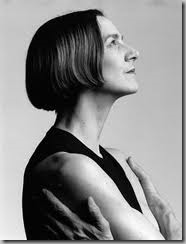 On Thursday,  I shlepped the kids to a free noontime dance performance at the Four Seasons Centre.  Noon meaning it STARTED at noon; we got there at 10:30 – crazy-early for us – and waited and waited.

The performance, when it started, was a little… well, on the QUIET side for the kids.  It was a single dancer, Peggy Baker, who was older than we all expected, performing various self-composed pieces that highlighted the them of “The Power of Gesture.”  Though one piece was the type of “dancing” we expected – athletic flitting around on a stage – most were small, modern, intimate pieces, set to music by contemporary composers, that showcased a lot of hand and arm movements.

So I didn’t regret taking them, exactly, but we got home very late and I was kind of ruing all the waiting and shlepping, especially because we had to turn around and go out again right away to the homeschool drop-in.

But then… sometime after supper and before bedtime, Naomi Rivka came out of her room in her leotard and flashy pink tights and started to DANCE like she has never danced before.  “Choreographed” to Naomi’s favourite classical music – supplied by the Little Einsteins electronic globe soundtrack, there were tons of wild hand and arm movements, several of which were exact copies of what we’d seen in the performance eight hours earlier. 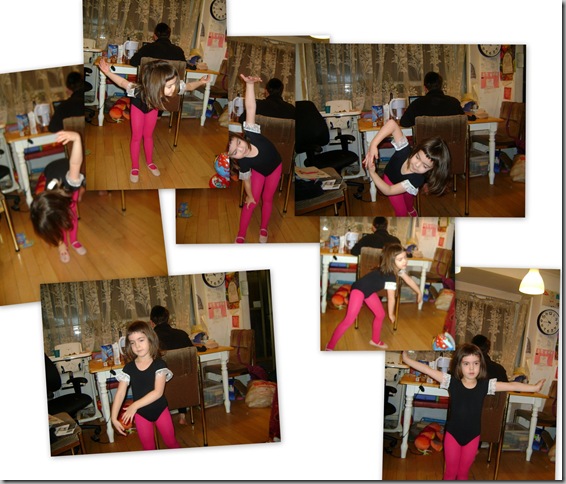 From an educational perspective, it’s difficult to demand narration from a musical or dance performance, and there’s only so much good to be had from talking about stuff after the fact.   (“What did the dancing make you FEEL?” – no, I didn’t even try it… I can’t stand pompous discussions about the arts!)

So, mostly, you just have to expose your kids:  let them experience the magic… and then hope above hope that they respond deeply, internally, personally, by sharing some magic of their own.