All the Suppers… so far 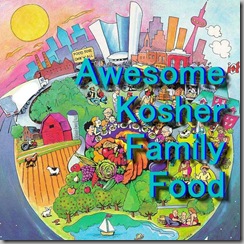 So. I started this food list in January 2010, after almost two years had passed since I last posted a summary of WHAT WE EAT around here.

I have cut and pasted and skimmed through several years of suppers to cull a list of dishes organized by category. I've left out desserts, drinks and Shabbos food… it’s just too much work. There are some breads listed here, but for more on bread, see my Bread Blog!

(our Thursdays are usually meatless anyway, for kind of the same reason that Catholics don’t have it on Fridays… going without for a day heightens one’s enthusiasm for the “special” meat meal on Shabbos…a little.)

(**for my own recordkeeping, I have now included all suppers from now going back to the beginning of February 19, 2009)

Enjoy!!!  I hope this list inspires somebody… it has certainly helped my own family pick and choose meals from time to time.