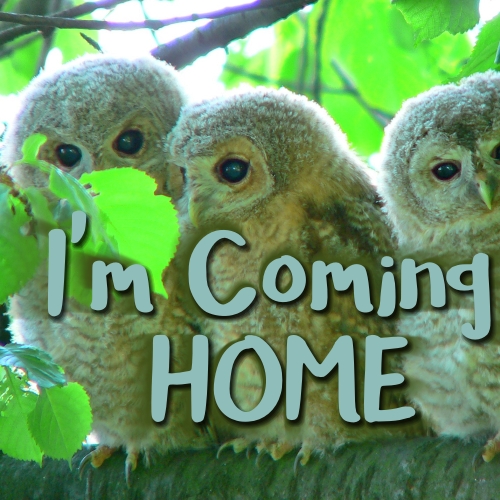 How often do you lie down with your kids?  When they're little, obviously, it happens all the time, when you're nursing them, or trying to coax them to sleep.  These days, with my youngest kids 12 and 14 years old, I don't really have an excuse anymore.

But really, why don't we?

Why not lie down with your kids, cuddle them, cherish them?  Hold onto them not in a way that's clingy and all about our needs, as parents and imperfect human beings, but about them and how special and unique they are?

Sometimes, when I start out writing about something, whether it's a blog or story or article, I don't know exactly what it's about until I get to the end.  Maybe, if you write, this happens to you, too?

And then at the end, there’s this "aha" moment, and I realize what was really on my mind the whole time.

After I wrote almost this entire post, I looked back and was startled to realize that it probably emerged here and now because of the spectre of my father's yahrzeit hanging over the month of Teves, which starts this coming Shabbos.

(If you read an earlier version of this post, or look at the URL up top, you’ll see that I originally thought this was the TENTH yahrzeit… but it’s not.)

So you can keep that in mind as you read.  This is about the present, about me and my kids, but also about ghosts of the past, about me being a kid.

One of the things that embarrassed me most, growing up, was that my father used to lie down on the floor seemingly at random.  He'd just spread out his arms and sometimes we'd join him, lying down there, even my mother. He didn't have carpet growing up, so he said

he was enjoying the softness of the floor.

My father had a very deep enjoyment of strange and little things.  Whenever he'd come home from work, almost the first thing he'd do, sometimes right there, sitting at the bottom of the stairs, would be to free his feet from his black dress socks.  Slide them off and then his toes would announce, "Thank you, thank you, thank you!"

Did I get my love of being barefooted from him?  My urge to say thank you whenever I pull my feet out of whatever horrible, confining thing I've had to stick them into in order to meet the conventions of society?

(These days, I work from home, and have worn Chaco sandals almost non-stop since 2015, so whatever...I have a pair of closed-toed shoes that I basically save for chocolate-factory tours, which demand closed-toed shoes.  For everything else, there's Chacos!)

(one of several pairs of the incredible Chaco sandals I have lived in for the last 5 years – comfy wool socks handmade by my mother!)

Then there is that idea of lying down with my kids.  Every single day.  When they come home from school, we cuddle on my bed, which is fair because living in Israel, our floor is not only not carpeted, it's unpleasant, unforgiving ceramic and very, very COLD during the winter.

I think of it as the emotional equivalent of pulling off those tight, sweaty socks.  Out in the world, you are strong and upright and independent, but here at home, you can sprawl about, be yourself, be with other people as you really are.

While we cuddle, in an invention all my own, I make them tell me one of two things about their day:

This custom has evolved over the years, as these things do.

With YM & ECH, I started asking them to tell me two good and two bad things about their day to help pass the very long drive home from school.

And then I totally forgot for a few years.  When the two younger kids started going to school here in Israel, with no car, we began cuddling in bed after school instead.  And I'd ask them about teachers, subjects, and friends.  One day, when YM heard about this, he asked, "Don't you ask them to tell you two good and two bad?"

So now we alternate, "teachers, subjects, friends," one day, and "two good, two bad" the next.

Over the years, I've invented a few extra rules to keep things interesting for myself. The things they tell me have to be unique about that day.  If Wednesdays are their teacher's usual day off, they can't say, "My teacher was away today" on a Wednesday.

They also can't make all the things about a single topic -- a rule I made when YM was little and based on what he was telling me, every single school day seemed to consist of 1% class time and 99% playing soccer at recess.  Only one thing can be about lunch.  But outside of my admittedly arbitrary rules, they can tell me whatever they want.

Sometimes, I tell them about my day, but that's pretty rare. It's not about me, it's about them.

I'm not trying to get a comprehensive picture of what life is like at school for them.  Just a quick snapshot, like taking the pulse of their lives, once a day, rain or shine, winter or spring or fall.

Now, I'm not saying you have to do this with your kids.  Or anything nearly as structured.  I like making up little rules in my head, little rituals, little routines.

And now that NR is 14, she's pretty sure this is one of the weirder things our family does.

I like to think that because we started doing this when they're younger, they'll be okay keeping on doing it indefinitely into adulthood, even if it is weird or embarrassing... but maybe they won't.

I don't think my father ever asked me, when we cuddled there on the carpet, how my day was, or what my life was like.  I can't remember talking to him at all during those times, though we must have.  My memory is silent: him lying there, arms open, sofa cushion under his head, waiting and hoping and expecting that we'd join him down on the floor.

Probably as I got older, I was less and less inclined to stretch out on the carpet and cuddle.  Less and less inclined to confide what was going on in my life.  More and more embarrassed at the weird things our family did, and grateful that my friends couldn't see him lying there.  I let my little sisters take over being cuddled while I moved on to more important things.

Strange how memories become better and better the more distant we become from them.

Because right now, staring my father's yahrzeit in the eyes as it comes round once again, I can't help thinking that dull, predictable thought every adult child does:  what I wouldn't give to be back there right now.  What an amazing memory.  How wonderful to be that close.  Not closeness as metaphor, but closeness as the actual intimacy of bodies, connecting.

If I can't have my father back, which is becoming more and more evident with every passing year, what I can have becomes that much more precious.  These four wonderful children to lie with, to cuddle with, to listen to, and cherish, on a bed or a sofa or whatever soft, forgiving surface will have us.

There's nothing I can say here that isn't a cliché.  Hold them while you can.  Love them and listen to them.  Make them feel important and cherished not just in general, but for the specifics of their lives.

And when you free yourself from socks, or confining undergarments, or a too-tight tichel, or whatever social or physical or emotional norms are holding you back as you move through the world, and reconnect with the people and settings where you're truly at home, make sure your kids witness you pausing to appreciate that moment of supreme relief and gratitude:  "Thank you, thank you, thank you!"