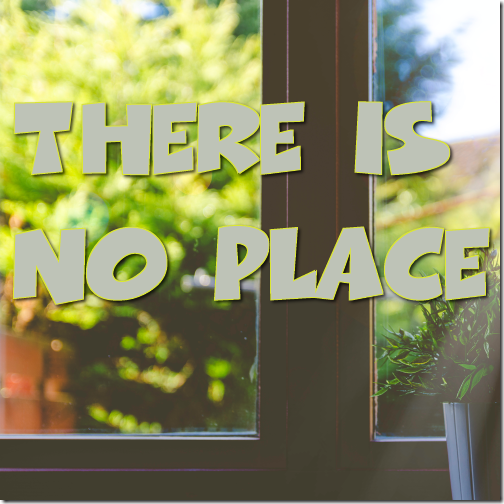 As I sit here, late at night, the Ministry of Education is debating when Lag Baomer will be.  Bet you thought they’d figured that out years ago, but nope.  First, they pushed it off to the following day (“Lad” Baomer?), but now critics are saying that was illegal and they should put it back.

Lag Baomer is less than a week away as they sit and debate.

Which is great.  I can sit here and chuckle at how nuts this place is, that they can’t even figure out when to do their government holidays.  Maybe in another 69 years, they’ll have it all hammered out.  In the meantime – we don’t know which day the kids will have off school.

For me, this isn’t a problem.  That’s how come I can sit here chuckling.  But for hundreds of thousands of parents all over the country, it’s no chuckling matter.

It’s not a problem for me because I’m home anyway.

In this country, built on socialism, pioneering work ethic, high taxes and low incomes, I’m a rare bird: a mom who is home most of the time.

I’m lucky.  I work at home, my kids are old enough to let me work while they run around doing their own thing.  Soon they’ll both be at the age where they’d rather not have me interfering in their stuff anyway.

Most parents here are out of the house a lot of the time, which is why at this time of year the other parents in our kids’ classes WhatsApp groups start panicking about “framework.”  Where North American parents use the word “structure,” Israeli parents (and teachers) babble on about how kids need a “framework” or else – or else what?  They go mad, perhaps, or spend the summer hanging out at the mall.

The truth is, I don’t think the kids need the framework as much as the parents do.  Not so they can go do lunch or whatever… just so they can keep their jobs.

And I’m grateful.  Unbelievably grateful to be home.

Of course, like I always said in Toronto, it’s not exactly luck that got me here.  It took the conscious step of telling my employer that no, I wouldn’t be coming back from maternity leave, twelve years ago.  It took jumping off that precipice, the leap of faith that we’d make it.

It also took a ton of privilege.

We wouldn’t have made it without my parents’ support, and I do mean money.  If they hadn’t had some, we would not have been able to make that choice.  Not that it was a comfortable choice – there were lots of other choices that went along with staying home, like spending less money, not having great cars or a whole bunch of nice things that we probably would have enjoyed (okay, that came with the decision to have children).

I also feel guilty about deliberately pitching myself backwards – where my parents and grandparents aspired to upward mobility, we seem to have launched ourselves onto a downward slope with no end in sight.  As a person who is no longer a spring chicken, this thought is also terrifying, because there’s no golden parachute waiting to catch us if we fall.

But I’m home.  Twelve years later, I am exactly where I decided to be even before I knew I was pregnant with Naomi Rivka.

I am home to kiss the kids goodbye almost every morning and hello when they throw themselves in the door almost every afternoon.

I am home so that in case they forget something they can come back for it a minute or five minutes or phone an hour later and I’m usually around somewhere.  (Though I do NOT bring forgotten lunches, no matter what.  Well, okay, I did once…)

I am home to see them grow – so slowly that I don’t usually realize they are growing.

I am home so that if they don’t feel well, or the government can’t make up its mind when next week Lag Baomer will fall, I don’t have to scramble to make child-care plans.

I am home so that the summer vacation is something we all look forward to instead of a time to panic and wonder how we’re going to schedule our days.

I am home and – wonder of wonders – I am actually making money, some money, not quite enough, but some, and hopefully, I will stay healthy a while longer and it will grow and offer me even more moments and hours and days and years at home with my kids.

I’m not going to pretend that every moment we have while I’m at home with them is wonderful.  Most aren’t.  I have guilt like any other mama; I ignore them too much; spend too much time working or pretending to work, and too little time taking them places – good places like the beach and parks, and less-good places like the mall or the arcade.

But I remember once, long ago, dropping off a child with my father one day.  The child was sick but I had to work.  I schlepped the child, at 8 am, to Bubby & Zeidy’s house.  I hauled the child out of the car and set it, wobbly and dizzy and perhaps feverish, down on the ground for a moment.  The child vomited and perhaps cried.  I looked up at my father, helpless, and he said, “It’s okay,” or something like that, and I got back in the car and drove away and didn’t look back.

I know lots of mamas have worse memories, scarier memories, sadder memories.  Wonderful or terrible moments that they missed and wished they could have been there.

I’m not going to get all superior on you.  I can’t say we have more good or quality moments than we would if I was working outside of the house.  But I’m here and hopefully I’m not missing a thing and that counts for a whole lot.

At times like this, when others around me are panicking and scrambling for a “framework,” I realize I don’t feel grateful nearly often enough.  I don’t stop and look around, amazed, that somehow, this staying-home experiment has worked out almost exactly as I hoped it would.

Kind of trite to say it, but there really is no place quite like being home with my kids.