Stepping out of the Misgeret 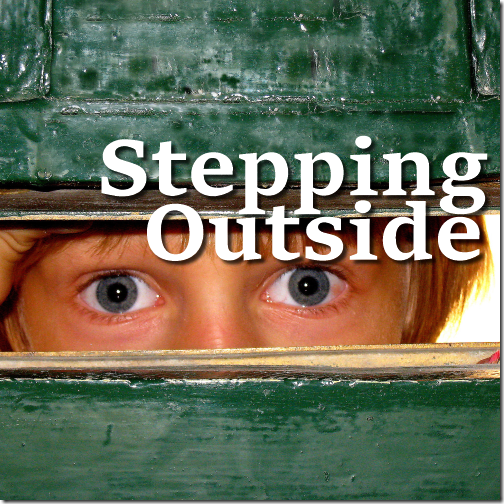 For Israeli parents, one word seems like the absolute number-one most important to remember – yes, even before Bamba and Shoko beSakit (chocolate milk in a bag, a staple of childhood here):  Misgeret. 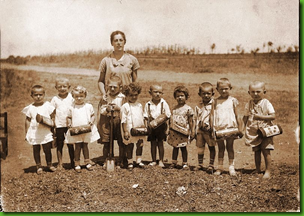 Because the other meaning of the word “Misgeret” is “where you put your kids.”  In English, you might say something like “structure” or “system” or “framework.”  But I don’t know if you’d panic about it in quite the way parents here do.

Sure, like working parents everywhere, Israeli parents want to make sure they can work without disruption by kids’ days off, summer vacation, etc.  So structure is important for that.  But it’s more than that.  I think parenting here used to be more laid-back, until maybe a decade ago when people started panicking about math and science scores and keeping up with the rest of the world, and now the biggest reason for the Misgeret seems to be Enrichment.

It’s not enough just to be a kid… you have to be fed enrichment, constantly, no matter where you are and what you’re doing.

I think some of this is influenced by Israel’s strongly socialist past,

in which children were deliberately alienated from their families and raised in a more collective setting.  From what I’ve seen, the educational climate here (especially the push towards enrichment within the framework) is also partly influenced, on the enrichment / academic side, by Russian olim.

Jean Piaget, a Swiss psychologist who developed one of the earlier theories of children’s psychological development, identified a number of intellectual stages that children pass through on their way to maturity (some of his findings have since been debunked or discredited by research, but it’s still a useful model). 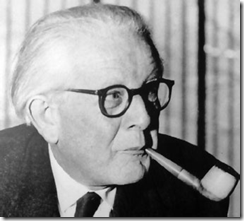 (Piaget and his perennial pipe)

But whenever Piaget lectured about his stages in North America, he would inevitably come up against what he called “The American Question”:  “How can we speed up the stages?”

This remains the American question, and it seems that it has become the Israeli question as well.  In a country where children traditionally don’t start learning the alphabet until Grade One, there’s more and more emphasis on early learning, as this article warns about 4-year-olds, who according to the article should be learning about time, seasons, and general knowledge:

“A child who hasn’t entered the Misgeret by this age may start accumulating a gap compared to other children, and start feeling as if he’s very much at the centre.”

Let’s look at this statement up close in terms of pros and cons.

Con:  It may be hard for him to integrate into kindergarten, once he has this “at-the-centre” feeling.

Pro:  He may have feelings of self-confidence, and a sense that he’s “important and meaningful.”

Here’s another Israeli article touting the benefits of the Misgeret:

“Developmentally, once the baby is able to sit down, begins to communicate with the environment and is able to express his desires through facial expressions, pointing, etc., and not just by crying, it can already be integrated into a home-based caregiving setting (“mishpachton”).” 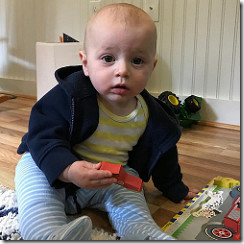 (Time to send me away for the day! Photo credit Len Edgerly via Flickr)

These articles generally also weigh the balance between a large Misgeret, in which more enrichment may be available, and a smaller Misgeret, with one of the least enriched options generally being a caregiver at home.  The expert in that second article recommends a four-child setting as exactly the right number to give your kid a bit of a Misgeret and a bit of personal attention.

None of the articles I found as I searched casually even mentioned the possibility that a parent might stay home with the child, by the way.

I totally understand the need to work outside of the house.  Boy, do I ever.  Israel is not a rich country, and most people we know here work very hard to live at what North Americans would consider definitely a kinda-average level.

With a minimum wage between $13,000-$15,000 per year (this article puts the average for a 2-income family at around $40,000), there’s not a lot of wiggle room to be missing work here and there just because your kids are out of school – nor a lot of freedom to hang out and enjoy being with them.  Add to that the sad fact that maternity leaves here are only three months.

I also totally understand that I have had things easy – raising two kids at a time.  My neighbour here has something like eight and I can really REALLY understand the temptation to send them off somewhere where they will have more structure, or at least stay out of sight and sound for a while.  Most days when they’re running around screaming outside, *I* desperately want to send the neighbours’ kids off somewhere, and they’re not even my kids.

But still – the scare tactics rub me the wrong way.  What are articles like this telling us?

As I write this, we – my kids and I – are preparing to step out of the Misgeret – at least for the summer.

For the fourth year in a row, we will be “summer-schooling” at home: partly in Israel, partly in Canada.  This is a complex and highly enriched process in which the kids and I sleep in most days all summer long, wake up late, have a nice breakfast, get around to doing some schoolwork (focusing on basics and stuff we enjoy), maybe go out somewhere or maybe not, have a nice lunch, and just generally hang out – long, lazy, and even a little bit boring days in which we are decidedly Misgeret-free.

I came across this article yesterday which seems to think that’s not a bad thing, and I’ll share the link with the full headline because I love it so much:  Psychologists recommend children be bored in the summer.

My kids do get bored without a framework.  Yours probably will, too.  Like mine, they’ll figure out that it takes effort to call up friends or go somewhere, and maybe some days, they won’t make that effort.

Because my kids most definitely get bored, I’m definitely going to take this suggestion, from the article:

Fry suggests that at the the start of the summer, parents sit down with their kids—at least those above the age of four—and collectively write down a list of everything their children might enjoy doing during their break. These can be basic activities, such as playing cards, reading a book, or going for a bicycle ride. They could also be more elaborate ideas such as cooking a fancy dinner, putting on a play, or practicing photography.

Knowing me, I’ll probably stick the list on the wall and forget about it all summer, just kind of pointing at it until the children come to hate it and me and yearn for the return to school.  And that’s okay, too.  As long as they don’t think school is the only thing.  As long as they don’t come to think – like most of their peers probably already do – that they are nothing without the Misgeret.

And maybe (just maybe?) a little of that self-confidence, that feeling-at-the-centre of things that Israelis seem to consider so harmful, will rub off on them during those eight short weeks of summer.

I hope they’ll figure out that for all the kvetching and shlepping and lazy days, I adore them and there’s no place I’d rather be than spending time with them, for a while, at least, totally and utterly Misgeret-free.