Filling her shoes: Standing strong when we’re not free 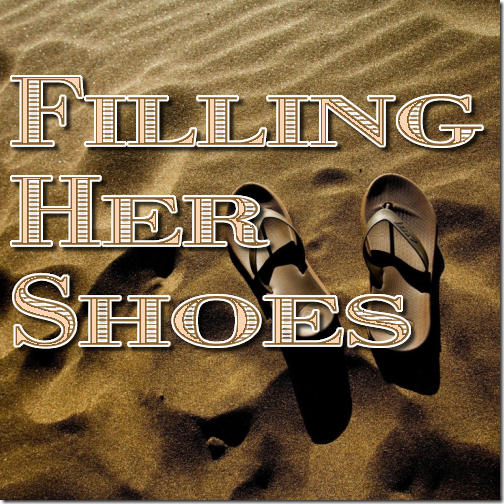 Today, the last day of Pesach, we read about kriyas yam suf, which mostly comes from Parshas Beshalach. In this parsha, bnei Yisrael are running away from the Mitzrim. (Hashem could have brought them the easy way, straight into eretz Yisrael, but he doesn’t, for a few reasons that are discussed in midrashim, like one which says that if they knew it was that easy to get TO eretz Yisrael, they might be tempted to go BACK to Mitzrayim.)

And when bnei Yisrael get to the other side, we’ve read many times about how the people sing Shira and dance, with tambourines, and great celebration.

"Miriam, the prophetess, Aaron's sister, took a timbrel in her hand, and all the women came out after her with timbrels and with dances.” (Shemos 15:20)

Rashi has a problem here. What’s the question, according to Rashi? This is the first time Miriam has been called a nevi’ah, a prophetess. So the obvious question if you’re calling someone a prophet is – what have they prophesied?

So what has Miriam prophesied?

Here’s the biggest thing: the gemara says, “Miriam was a prophetess who prophesied: ‘My mother will have a son who will redeem Israel." (Talmud – Megillah 14a)

Looking back, this seems pretty straightforward. She foresaw that it would happen, and then it did happen. But if you look at the story, it was not at all a foregone conclusion while it was unfolding that that is what would happen at all. At various times during the story of Moshe’s life, it looks like things are about to go horribly wrong, in which case Miriam’s so-called prophesy would be worthless.

Yet her greatness is that she knew her vision – her nevuah – was from Hashem. She knew with absolute certainty all along that it would come to pass as she’d seen it. Where do we see this?

“And his sister stood from a distance to know what would happen to him.” (Exodus 2:4)

A midrash tells us: "And she stood (וַתֵּֽתַצַּ֥ב)” – with Divine inspiration resting upon her. (Mechilta d'Rabbi Yishmael)

Miriam is standing, not just casually, but with absolute certainty that her nevuah is going to come to pass even though things look uncertain.

Something like this happens at yetzias Mitzrayim. Things look very uncertain. Paroh and his soldiers are chasing behind, the Yam Suf is looming up ahead, and in between are bnei Yisrael, complaining and weak after years of slavery, not at all certain that Hashem will protect them.

They may be not at all certain, but one person is certain.

One person packs a tambourine, and makes sure the other women do as well.

A midrash tells us, “The righteous women of that generation were [so] certain that the Holy One, blessed be He, would perform miracles for them, they took timbrels out of Egypt. — [from Mechilta]”

It’s nice to credit the entire generation of righteous women, and we know they were very righteous, but that kind of spiritual certainty, especially when their husbands were quailing and uncertain, has got to come from somewhere – in this case, from a powerful leader: from Miriam.

Pesach is an interesting chag, and especially the day we call the “last day” of Pesach, because it doesn’t end when we think it does. The story isn’t over. Even though it seems like it’s over, we’ve escaped from Mitzrayim, we’ve crossed the Yam Suf, the chag isn’t finished yet. We know that because there is a day that is called “Atzeres,” the “stopping point” of Pesach, and it doesn’t happen for another 43 days: Shavuos.

The word “Atzeres” has the meaning of “holding back,” of “not so fast.” Hashem isn’t done with us yet. Because the geulah that Miriam saw wasn’t merely physical, and yet that is what we celebrate here, all through Pesach. Our bodies are free, but our souls are not yet free until Har Sinai… and perhaps even later.

The Torah tells us, much later on, that bnei Yisrael are “Nitzavim” – standing strong, with certainty. This takes place right before Moshe’s death and the conquest of eretz Yisrael. It’s the same word used to describe Miriam, when she never doubted for a second that her nevuah would come to pass.

That first generation, even those who stood at matan Torah, were full of doubt – bolstered by leaders who were strong. But that second generation, they were the ones who merited the true fulfillment of the Torah and the ascent into eretz Yisrael. They are Nitzavim; they are ready at last.

May we, too, merit to live out the fulfillment of the Pesach story, standing strong and with certainty, taking our place in this Land where He intended us to be; a complete land illuminated by a complete geulah and the ultimate redemption, bimheira beyameinu.

(some inspirations about Miriam borrowed from Dina Coopersmith)