What does it mean when Hashem makes a promise? Thoughts for Chayei Sarah 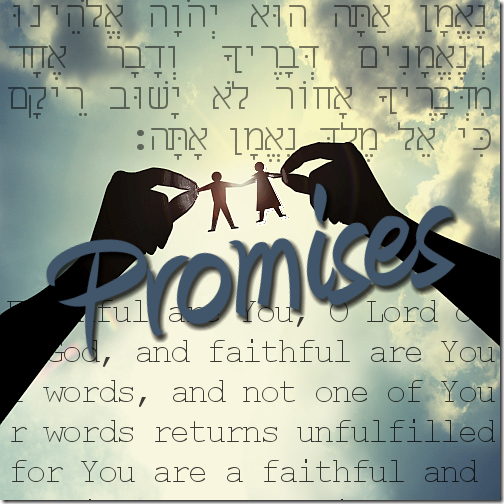 Over the last 3 parshiyos since we first encountered the personality of Avraham Avinu, we've seen Hashem making two distinct promises to him: ארץ/eretz and זרע/zera, the land and the offspring. Hashem makes these promises not once, not twice, but... FIVE SEPARATE TIMES.

Yet in each of these three parshiyos, we've repeatedly seen the future of these two promises called into doubt.

Last week, with Hashem's call to kill Yitzchak at the akeida, for instance (a friend pointed out that Hashem didn’t say to kill Yitzchak, but rather to take him up – fair point, but since they brought along wood and a knife, I have to believe that one or both of them probably figured there would be killing going on).

In this week's parsha, there are two themes that threaten those promises: the haggling with Efron over the cave and the desperate search for a wife for a middle-aged, pining-over-Sara Yitzchak.

Now, keep in mind that I’m coming at this story as a writer.

Unfortunately, we’ve been reading the Torah so long, year after year, we think we’re immune to surprises.

Also, it’s written in a way that the surprises aren’t so obvious.  If this was being written today, you'd want to show all the suspense, because there surely is a lot of suspense in this parsha.

To begin with, what’s going to happen with Efron, with the land?  Why is it such a big “balagan” (as we say here in Israel) to begin with?

We have to realize that we’re not just talking about any old cave here – this is an inheritance that Avraham will pass along for all the generations. We know this is an important patch of land because we still have it – and cherish it – to this day.

And insulting the owner of the land the way Avraham surely did could definitely have led to war, or almost to war, as it has many times since then over the same patch of land.

In a way, this land symbolizes the entire land of Israel, which Hashem has promised to Avraham over and over again. 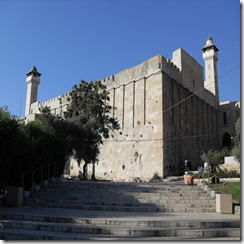 So if you were a good writer, you'd also remind the reader, repeatedly, that we still have no idea how the next generation was supposed to be born, since Yitzchak is already middle-aged and can’t seem to get over the death of his mother, let alone find a tzadekes equal to her to marry.

This zera thing, the descendents of Avraham, this is not exactly a sure thing.

Yitzchak is exceptionally holy, but he's surrounded by people who aren't. Who’s he going to marry?  Who could possibly live up to the chayei Sarah, the example that Sarah has set in her numerous "lives"? And then there’s Eliezer, Avraham’s servant. He sets up an almost impossible test – how could it ever happen that a woman meets those exact conditions that he sets up for her? Yet Rivkah does it, word for word.

Amazing save on Rivka’s part, but not without suspense, I hope you’d agree.

Now – hold on a second.  If there is any problem with a story in the Tanach, the problem is with us, the readers, and not with the Writer. Obviously.

So what are we, the readers, missing, that we’re not picking up on all this suspense that’s right there in the story?

What we’re missing is any sense of wonder and novelty, because we turn to these same stories year after year and have, many of us, since childhood.   We take the happy ending for granted, because we know how the story turns out.

Someone asked tonight at the parsha shiur I go to, “Why do we fast on Taanit Esther?” (the fast of Esther).  In light of the insanely happy ending to the story, it does seem like a ridiculous thing to do, doesn’t it?

But what if you didn’t know that ending was coming?  You, too, would want to rip off your finery and fast in sackcloth and ashes.  So we fast, as if we didn’t know the ending.

By the way, you know who else knows the ending to the story? Hashem.

Hashem knew how the story of Avraham and Sarah turned out the very first time, when he was watching it unfold “live.” And despite this, he thought it was a story worth telling, worth recording in His book. So He tells us the story anyway, year after year, hoping we will listen and hear the story with surprise, with wonder, as if it is new every single year.

So although Bereishis is the story of us – which is a great ego-scratcher for us as the Jewish people – it is also the story of Hashem.  If you look at the story as it actually unfolds, and not as you know it turns out, the main question you end up asking “what kind of God is this???”

Because the book of Bereishis is as much about Him as it is about us. Maybe more so.

People in Avraham’s day knew all kinds of different gods, though today we really have no idea what that could possibly mean. Avoda zara wasn’t something that only stupid people did – very smart, influential people believed deeply in the elements and all the gods that controlled them.

But Hashem was the first god who made promises of such a grand, sweeping nature. The gods the world knew before Hashem could try to explain phenomena, especially natural phenomena, after the fact (“you sinned, so the gods sent lightning / floods”), but rarely did they or their followers even try to make predictions.

That’s because they couldn’t. And Hashem can make all sorts of promises and predictions.

But wait a second.

Hashem makes these two big promises and predictions, as we’ve seen… and then doesn’t make good on them.

Instead, he tests Avraham repeatedly, almost lets him lose the land, sets Eliezer bumbling around looking for a girl (even offering the wrong girl, his own daughter), leaves Avraham on the edge of his seat until the bitter end – indeed, Sarah dies, some say, actually wondering if Hashem’s grand promises really are going to come true.

So the question, again, is “What kind of God is this??”

The promises Hashem made to Avraham are, if you read them this way, not exactly promises but – as Rabbi Sacks says – invitations. “The divine promise,” he writes, “is not what it first seemed: a statement that G-d will act. It is in fact a request, an invitation, from G-d to Abraham and his children that they should act. … The outcome will be what G-d said it would. But not without total commitment from Abraham’s family against what will sometimes seem to be insuperable obstacles.”

We are still facing those obstacles today.

As Rabbi Sacks points out, our biggest concerns as Jews today are the same as those which preoccupied Avraham and Sarah 4 millennia ago: our land, Israel, and our children, our descendents. Eretz and zera.

Rabbi Sacks writes, “[T]he divine promise does not mean that we can leave the future to G-d. …Faith does not mean passivity. It means the courage to act and never to be deterred. The future will happen, but it is we – inspired, empowered, given strength by the promise—who must bring it about.”

Like our ancestors, we must step up to the plate, each and every year, to view anew and with wonder these radical promises of Hashem and figure out how WE, along with Hashem, can make them come true.