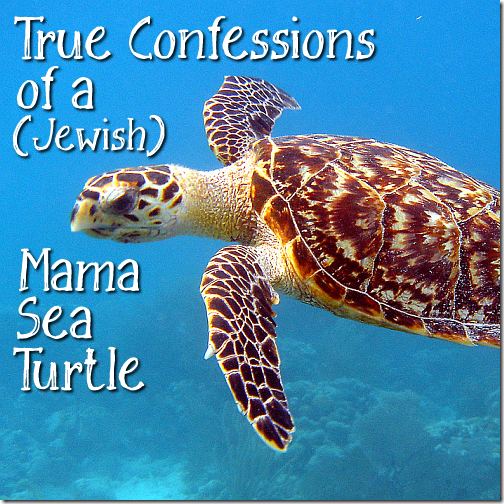 Let me tell you a thing you might already know about sea turtles:  they live in the sea.

Except the one time a sea turtle comes out of the sea is a female turtle, when she’s ready to lay eggs.  She crawls up onto land, digs a pit and lays her eggs there.  Then, it’s back into the sea with her.

So what happens to the eggs?

They need a miracle, that’s what.

When they hatch, the baby turtles are on their own.  They need a mad dash to the sea to get themselves covered and protected by the water before Very Bad Things can happen.  Bad things like predators.  Like dehydration.

Because they are sea turtles, they can only survive in the sea.

But their eggs can only incubate on land.

So the mad dash is inevitable – it is essential for their own survival.

This is like us, as Jewish mothers.  (Hint:  the water, as always, is Torah.)

I met a young couple once who'd adopted a baby from China.  I was waiting for my husband, who was meeting with the bais din for his conversion.  The couple was waiting to meet with bais din, too.  They were in the process of converting their baby, they told me.  They were naming her Miriam.

I teared up.  I really did, and I don't cry easily.

It was a miracle, that this little baby had found her way into their arms, and I just knew she was going to have a wonderful life.  A wonderful Jewish life. They were literally going to immerse her in the waters of Torah and lead her to a life of mitzvos.

The kind of life I tried to give my kids.

Yeah, okay, you've got me.  This may be the first time I've admitted it, but the real reason I became religious, lo those many years ago, was so I could raise Jewish kids.  Totally Jewish.  Seriously Jewish.  Full-time Jewish kids who knew that a kippah wasn't something you put on or took off - it was a way of life, a message to the world.  Who knew that kosher had less to do with your dishes and more to do with how you conducted yourself while you were out in that world.

But the thing is, I messed up a lot raising the older kids, and b”h, I'm not done raising the younger ones, so I'm sure I'll have many more opportunities to mess up before I’m through.

What have I messed up so far, as a Jewish parent?  Here is a very, VERY partial list (maybe my kids will chime in in the Comments section to fill in their lifetime of grievances).

We have to be careful with kids who have a lot of non-Jewish family; the "other" grandparents are just as loving, just as kind, just as good.  This was a hard lesson to learn, and I feel like I learned it despite forces in the Jewish community pressuring me to spend time only with the “right” kind of influences.

Yeah, nope.  Never did this.

I think I alternated wildly between trying too hard to fit in in certain spheres of the Jewish community and not trying hard enough.  Neither one was right for us.  I think this was a function of growing up.  I was 24 when I had YM, and I'm two decades older now.  Maturity happens, and with it, you feel more comfortable just being yourself.

(This was also a function of not living in Israel but in a community where there weren't a lot of choices, Jewishly.)

- Off the deep end

Like many crazy baalas teshuvah moms, I got rid of almost every vestige of popular culture I possibly could.  But, see above, kids of geirim and BT's don't live in an insulated world.  Since they didn't get this at home, it became extra-extra cool.

This is a biggie.  The quality of the pre-Shabbos experience in your home affects your children in little and big ways.  And in our house, it's chaos.  Still.  After more than 20 years, I still don't know how to make Shabbos without screaming and panicking.  Too late for the big ones; maybe I'll figure this out sometime before the younger kids graduate from high school.

This is only a partial list.  But still, it all adds up to one very sad fact:  I didn’t give my children the Jewish life I wanted them to have.

My sacred mission in life, the one I embraced without hesitation at an age that's now much closer to my son's than to my own?  Yeah, I goofed.  Somehow, I totally, utterly, completely messed up.

Like a mama sea turtle, I gave birth to sea creatures (stick with my analogy for another minute here)… in the middle of dry land.

Today (Iyar 28) is Yom Yerushalayim, one of those dates that’s no big deal anywhere else in the world, and a pretty big deal here in Israel.

The two older kids, too old to make aliyah with us when we came almost two years ago, were together today in Yerushalayim, celebrating the reunification of Israel’s four-millennia-old capital.  Walking, talking, visiting the Ko(s/t)el, enjoying the sunshine, sipping a five-shekel icekaffe.

Do you want to tell me it isn't a miracle?  Beyond the military victory of Jerusalem, which, yeah, that was definitely a miracle.  But also the fact that my children are managing to overcome my deficiencies, as a parent.  Maybe a bigger miracle.

As easily as I’ve been tearing up this week, as we slip too easily from what would have been my brother’s birthday on May 16th to his first yahrzeit, a few days after Shavuos (10 Sivan, May 28 this year), and as big as this is, it isn’t something to cry about.

This is something to celebrate.

It’s like those turtles.  It’s like the water.  It’s like these great big turtles of mine are somehow, against all odds, and despite my ineptitude, finding their own way home to the sea. 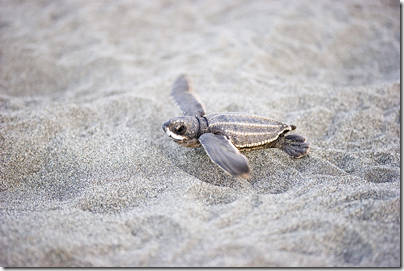