What do otters have to do with Pesach? (aka Passover) 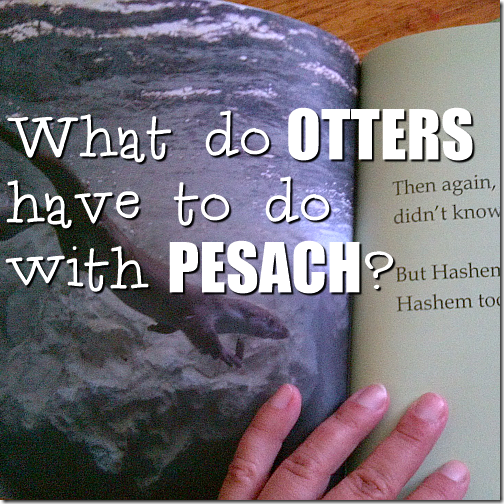 What do otters have to do with Pesach?

It was tough thinking of a follow-up, though the first one, Panda Purim, came fairly easily.

My husband figured I should try to find a connection between the animal and the yom tov.  Okay, actually, he suggested Cow Shavuos.  I told him if he wanted to read a story about cows on Shavuos, he could write it himself.  It just didn’t interest me.  Too obvious!

At last… after trying to find an animal that was cute but not cloyingly so, I came across this adorable otter.  And thus, Otter Passover was born. 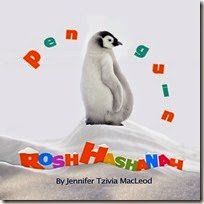 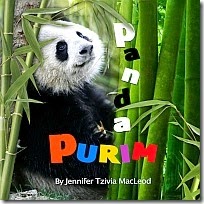 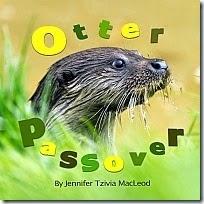 The thing is, even if the title is incongruous, I wanted a story that made sense.  And I wanted to bring in genuine elements of Torah and Jewish belief without teaching the basics of what Pesach is, which I usually steer away from.

Somebody actually complained about this in a one-star review of Penguin Rosh Hashanah.  She wrote, “It left me wandering what Rosh Hashana was about.”

Why don’t I want to teach what the holiday “is about”?

Because that kind of story would bore my own kids to tears.  They know already what Pesach, Purim and Rosh Hashanah are about.  If you’ve been raising Jewish kids for a while, yours do, too.  (If you’re new to it, there are lots of terrific introductory books as well!)

So I always try to write stories where Jewish observance is in the background, and the story itself is in the foreground.

In the case of Otter Passover, it turned out that the otter’s story is a simple one, that lots of kids can relate to.  It’s her turn to say Mah Nishtana this year and she’s scared.  “It’s only four questions, but it feels like a million,” she thinks.  Everyone says she’s ready.  “How do they know?”

Through the Pesach story, this little otter arrives at a simple message of emunah (faith) that’s clear without being overly “preachy.”

I loved the idea of otters “flying” through the water, by the way.  I wanted that to be part of the book’s message of celebrating freedom in a loving way – the love of Hashem and the love of family.  I think it came across beautifully.

After I handed an early version to my husband to read – because he always likes to make more work for me! – he said I had to include the full text of the Four Questions (Mah Nishtana) in the book.  So I did, with discreet otter silhouettes that will be right at home at any seder.

All of which still leaves the question:  Why otters?

The truth is, I still have no idea.  But holding this book in my hands for the first time today, I am so pleased and proud of how it turned out.

I was torn about the name of the book, by the way.  We call the yom tov Pesach in our family; my kids barely know what Passover is.  An early version was called Otter Pesach, and that’s how the first draft of the cover was planned. 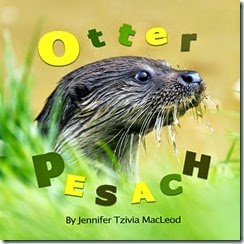 But somehow… looking at other books in this category, I realized that most parents, teachers, librarians and, well, everybody buying Jewish books, are hunting for something with “Passover” in the title.  Was it honest, changing the title to make it more commercially viable?  I think so.  I didn’t change the book itself, just choosing a title that put it “front and centre,” so to speak, in front of people buying books.

Speaking of which… there’s still time to pick this up before Pesach, along with the brand-new edition of my earlier story, The Marror Man, which also just arrived today.  Full-colour and it’s beautiful! 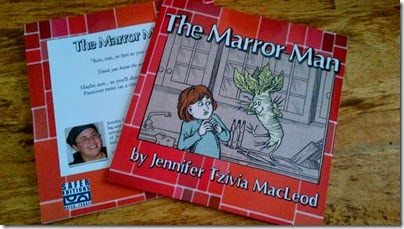 I don’t know if I’m going to do more of these photo animal books for yamim tovim.  Maybe?  I’d like to, but right now, I don’t have any idea what the next one would be about.  Every combination seems equally impossible:  Guppy Tisha b’Av?

I’m still waiting for my husband to write his own Cow Shavuos book.  Maybe it would be fun; I don’t know.  If you have any suggestions, I’d love to hear them!