Tough concepts our kids can handle. 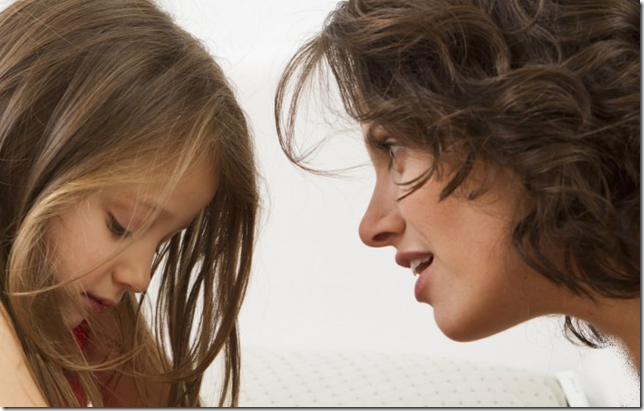 I was thinking about The Talk again the other day.  Most of us will probably have not just one but several “talks” with our kids about serious subjects over the years, starting when they’re very little.  And sometimes, we freak out a little.

Usually, The Talk (whichever one it is) is triggered by a question.  How do babies get inside mommies?  Why is that man lying on the sidewalk?  How come Shoshi has a different skin colour from her parents?

Some of us freak out.  We don’t answer… or, worse, we over-answer, giving them not only more information than they can handle at their current stage of development, but letting them know they’ve hit a nerve, shaken you up, freaked you out.

So I thought of a great analogy.

When you get a question on a tough topic that freaks you out, think about foreign languages.

Imagine your child overheard a parent and child speaking in a foreign language.

She asks, “How come I can’t understand what they’re saying?”

You say, “Because they’re speaking French.”

Maybe you explain a little more… maybe you even over-explain a little (“French is the language spoken by francophones in France, Quebec, and dozens of other countries worldwide, as a result of 17th- and 18th-century European colonialism.  Can you say bonjour?”), but that’s okay.

Because the one thing you haven’t done is freaked out.  None of these questions have crossed your mind:  French?  Why is my kid asking about French?  How am I going to tell her the Facts of French?  I knew someone French once, should I mention that, or does that make it sound like speaking French is okay, even a little fun?

I’m not saying your kid will be warped and twisted for life if you do freak out.  But why not arm yourself ahead of time with this analogy… and spend some time planning cool, collected answers.  Answers as neutral as, “Because they’re speaking French.”  Here are some answers I’ve had to give my kids over the years:

I’m not saying these have to be YOUR answers.  You might hate some of my answers, and that’s okay.  The fact is that I have them.  I didn’t when Kid #1 came along and started asking questions (like, immediately).  But I did – I had them polished and ready! – by the time Kid #4 came along.

Having answers ready may seem like a “canned” approach that lacks some spontaneity… fair enough.  For me, I’d gladly trade spontaneity for the certainty that I probably won’t panic, freeze up or freak out.

You may also worry that having some answers might make you seem “bossy,” like you have ALL the answers and there’s no room for discussion.  But really, the answers I give are – I hope – just the start of the conversation.  They’re short enough to grasp quickly and give the child something to chew on… so they can come back with the next question.  When they’re learning to eat solid foods, we give them one bite at a time; we should do the same thing as they cope with the Difficult Issues in life.

And I make a point of letting them see the limits of my knowledge.  When they ask something I’m not sure of, I don’t hesitate to say, “I don’t know,” or “Let’s find out together.”

There’s no final exam in parenting – just a series of pop quizzes along the way.  They’ll come at you with no warning, but the good news is that the topics are pretty clear ahead of time.  So start studying and you’ll be better prepared to ace those pop quizzes.

What are some of the answers you’ve discovered on your own parenting journey???