Don’t forget to read this week’s Parsha Poem AAACK! NO PARSHA POEM! (I think only 1 or 2 are missing at this point from the entire yearly cycle…) and parsha overview.  Plus… copywork and parsha activities – something for every week of the year! 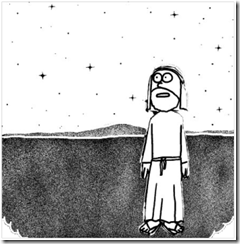 Before all the rules, Moshe starts with good news
A wonderful message to give all the Jews:
Hashem loves you forever, his Earthly ally,
He’s multiplied you like the __________ of the sky!

You might think it’s fun to be a good judge,
As jolly and funny as bars of sweet fudge;
But in fact, Moshe says, it is really hard work,
For each case you must do this and not be a jerk.

In the tale of meraglim, Moshe has a surprise
By saying he really agreed with those guys;
The ones who all told him, “we must go and see!”
Now tell me, just what could his reasoning be?
Why did Moshe say yes?

Some places to fight and some to make peace
Fight with Sichon and Og but with Moav, you cease
Gilad shall be yours, but leave Ammon alone,
To the children of __________, Hashem’s promise is shown.

We know that Moshe is not a complainer,
He isn’t a kvetcher, now that’s a no-brainer,
And yet here’s a sad word that foreshadows here
A day that’s been called the worst of the year.  What word???

STUMPED?? Here are some answers:
[ 1 ] stars (1:10)
[ 2 ] Review the halacha every time even if you’ve judged similar cases before (Rashi 1:16).
[ 3 ] Moshe figured bnei Yisrael would see that he had nothing to hide and reconsider the request to send meraglim (Rashi 1:23) .
[ 4 ] Lot.  The lands of Ammon and Moav were promised to Lot’s descendents in Parshas Lech Lecha as his reward for keeping silent when Avram told Paroh that Sarai was his sister (Bereishis Rabba 44) .
[ 5 ] The uncommon word אֵיכָה/eychah reminds us that this parsha always falls the Shabbos before Tisha b’Av.  May it be our last!