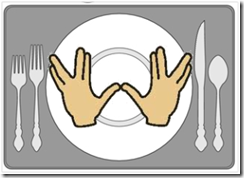 A guy named Nad and his brother Hoo,
They did not know just what to do;
Sizzled some cinnamon in a pan,
And disobeyed Hashem’s great plan.  Who are they?

Though brothers now are dead and gone,
Our family’s legacy must live on;
So we two stepped up, snipped our hair,
Just say the word, and we’ll be there.  Who are we?

Rashi admitted they’re kosher indeed,
Though he’d never eat any, even in need,
But some Jews can nibble them, far to the east,
So maybe someday you’ll find __________ at your feast!

Just four little letters, and two are the same,
So tiny they barely deserve their own name,
Yet these tiny letters together spell DOOM –
And maybe predict Aharon’s sons in their tomb.

STUMPED?? Here are some answers:
[ 1 ] Birkas Kohanim (however, the actual text isn’t given until Parshas Naso, Bamidbar 6:24)
[ 2a ] Aharon’s sons Nadav (“Nad”) and Avihu (“Hoo”).
[ 2b ] Aharon’s sons Elazar (“Zar”) and Isamar (“Mar”).
[ 3 ] Locusts.  Google “Mesorah Dinner” after Shabbos for more fascinating details!
[ 4 ] The parsha’s first perek starts with the word Vayehi/וַיְהִי, which, it is suggested (Megillah 10b), is usually used to begin relating an unfortunate incident.