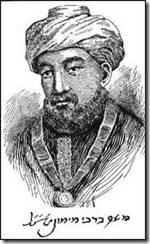 This is a biggie, a heavy-duty topic, too.  For a while now, I have been wanting to do a lapbook of tzaddikim (great Torah scholars), but there are a few reasons why I’ve been stuck.  First, it’s a HUGE subject – over 6000 years of history, you’re bound to accumulate more than a few righteous people.  Indeed, the number seems to be potentially infinite, once you start scratching the surface.

Second, humility.  That’s right – a characteristic I rarely demonstrate, but very much applicable here:  who am I to say this person is a tzaddik worth remembering and this person  isn’t???

Third, terminology.  I think of all these folks, the Rambam, Rashi, the Chofetz Chaim, as Gedolim, but there is a tendency to refer to modern Torah scholars as Gedolim.  The term Tzaddikim is often used only for Chassidic leaders, though to me, it means all major leaders, throughout history.

Complicating this fact is that folks in the frum world also tend to use the word “gedolim” to refer to just about ANY major living Torah scholar, so you get videos on YouTube like “The Gedolim Visit Teaneck.”  I’m not saying they’re NOT Gedolim with a capital G, but, well, I’m not exactly sure what I’m saying, except that I want to focus on the biggies, even though they are all great.  (if you want to be slightly irritated and perhaps a little amused, see also this troublemaking xtranormal video about the process of “choosing” Gedolim) 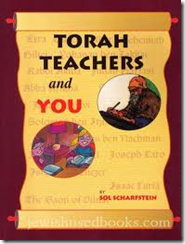 So I’m still not sure what the best name is for this project.  But at least I have gotten started working on it, in part because of a breakthrough that came in the form of a book which I’m using to help guide and organize my thoughts on this topic.

Aimed largely at middle schoolers, Sol Scharfstein’s Torah Teachers and You, from Ktav Publishing, is far from perfect.  The graphics are weird and cartoony, so kind of inappropriate for such a serious subject.  And it’s got more than a few typos.  I’m not sure if I would recommend the book to people going through the lapbook / unit study, but maybe.  (though it may be out of print or hard to get; my copy was $7.95 at Batner Bookstore and if they carry it, it’s probably on the curriculum in at least one day school here)

Anyway, the book highlights the lives of 18 tzaddikim from the 5th century BCE to the 18th century CE, with parallel descriptions of events in Jewish and secular history.  There are a few maps, and a few somewhat lightweight “___ and you” type questions at the end of each tzaddik’s section.  The gedolim described are major leaguers according to almost every definition, although in my opinion, he should have covered at least the 19th, if not the 20th century.  But I guess then the author would have run into the same problems I had in classifying who deserved to get into the book. 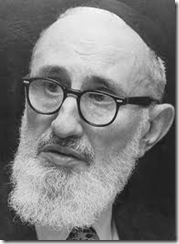 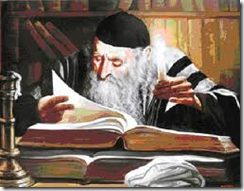 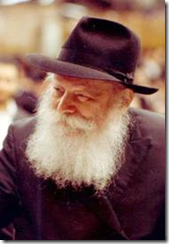 As it is, there are quite a few names “missing” from the book (including 2 of the 3 people shown above) which probably ought to be included in any comprehensive study of Torah teachers.  Indeed, most of the important meforshim (commentators) are NOT included.  And frankly, I’d agree with all the selections in the book except Queen Esther, who was definitely a major figure but who I don’t believe was a “Torah teacher” according to most definitions.  She is presented as mainly contemporaneous with Ezra and Nechemia, which in my opinion was only done for the sake of including a single woman in the collection.

But it’s a springboard, and I feel like I’m ready to get started pulling everything together at this point, into a fascinating unit study that will touch on history, middos, hashkafa, halacha and more.  No primary sources, and definitely not enough tzaddikim, but I will start with these 18 and see where it goes from there.  I hope to make it accessible to a wide range of ages, but (in contrast to the Yom Tov lapbooks) can’t imagine something like this being of interest to anyone much below the age of 7.  Most convenient, given that Naomi will probably be 7.5 when we start!