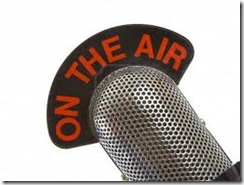 As part of an article I wrote for the Canadian Jewish News about homeschooling, I had the pleasure recently of interviewing Yael Aldrich, a fellow homeschooler in the US. She had a LOT to say that I wasn’t able to include in my article, but she graciously gave permission for me to “publish” it as an interview on my blog.

Between her responses, I will interrupt your reading with intelligent-sounding questions that I didn’t actually ask at the time, because I was too busy watching the time on my phone card or fiddling around with Skype, but because Yael in her brilliance filled in everything I needed to know despite my ineptitudes.

How did you first come to homeschooling? (with apologies; this section is choppier than those that follow)

Returning to the USA, they ended up an hour away from a Jewish community, and decided…

We do outreach already, we like homeschooling our kids, we don’t need to put them back into school.” Our rabbi said, “this is a great idea, you guys are well-prepared to do this, you understand the good parts and challenges of homeschooling. [He] gave us his blessing and said, ‘go for it.’ He’d homeschooled his own children for one year and “called it one of the greatest experiences of his life.”

The Aldriches eventually returned to the larger Jewish community where they now live.

There are five different Jewish schools, just for Orthodox children… people said, ‘Of course, you’re going to put them back in school.’  It’s not that we feel there’s no other choice, the schools are very nice, but homeschooling is the correct choice for our children’s education.  We’ve continued to homeschool and will continue for the foreseeable future.

How do you handle non-Jewish educational materials, mythology, etc? 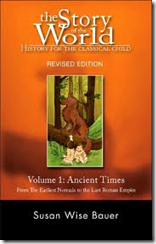 I originally got The Well-Trained Mind [a book on classical education which promotes a literature-based approach grounded in mythology and history, much of which is rooted in Christianity and mythology].

I said [to our rabbi,] ‘I’ve read this Story of the World book [a history book by the same author as The Well-Trained Mind], I want  to use it for history, how do I approach all this Christianity stuff?’

In a regular Jewish day school, they wouldn’t touch this stuff with a ten-foot pole. He said, the greatest rabbis of generations past had this knowledge of mythology, other religions; they were very strong because they knew that, regardless of what other people did, the truth for them was the Torah.

It’s not our place to denigrate other religions, other mythology. Our emes [truth] comes out in many different ways: stories rabbis give over to us, texts from Torah , writings from different rabbis. [We can] compare and contrast, but don’t denigrate. Emes of the Torah will show itself through.

They [her children] understand that the social and moral implications were not as pleasing as what the emes of the Torah gives us. They came to that themselves.

What was your reaction to the Chinuch Roundtable article in Yated Ne’eman?

I was just surprised that every mechanech [Jewish educator] was negative about homeschooling. Not one of them had one positive thing to say about homeschooling. I was disappointed that they were as insecure as they are in the benefits of group education; their type of education. I was disappointed that they felt a need to belittle a different method of educating Jewish children.

When I read it, I thought these rabbis have never met a homeschooling family who have done it for positive reasons. They’ve met families who are homeschooling because of a negative reason, a child is being bullied, having issues with teacher, a school can’t deal with the special needs of a child. That’s one way to come into homeschooling.

A lot of people, Jewish and non-Jewish, come into homeschooling this way. Other people want to come to a place where their family is the centre of their life; they’re not running here, there, everywhere; they’re not having other people taking responsibility for their children.

I hope that they’ll all meet homeschooling families who homeschool for positive reasons and learn that we’re doing okay.

Here, I mentioned a trend I’ve noticed, of Jewish schools “splintering” to offer a more specialized hashkafa (Jewish outlook) and serve a narrower spectrum of the community. Instead of one community-type school, as might have existed 30 years ago, there are now many smaller yeshivas, day schools and high schools that all seem to be struggling for money, recognition, teachers, students, etc.

It’s similar in many communities. [Where once there was] one big school, two big schools, now there are tons. There are schools that are trying to break away trying to start new schools in this community.

When I bring up the idea of homeschooling, they say, “No, no, we want this for the whole community.”

[If I may jump in, I think what Yael is saying here is that people WANT a very specialized hashkafa for their kids, and are willing to go to great lengths to establish a school with that hashkafa, even while they would never consider homeschooling around those values.  I agree with her, and I believe they do see it as a favour to the community that they are doing this.  But as I’ve seen, it does no favours to a community or the children involved when a school turns out not to be viable and the kids must be shuffled around and absorbed in other schools.]

It’s not that I don’t care about the education of other children, I know that my children are first in my life. I appreciate people who are going to create a school for other people’s children but, right now, educating my children is about all I can handle at this point.

What about the article’s veiled threats that homeschooled children might go “off the derech” and lose their connection to Torah and Yiddishkeit [Jewishness]?

We put our energy into them, try our best to do that, and daven [pray] a lot, and we’re going to hopefully get something similar to what we’re looking for. For myself, I would love my children to be religious and be somewhat similar to me, Ovdei Hashem [servants of Hashem] in their own way, and to be menschen [good people], whether they look different from me, act different from me.

As a homeschooler, I can handle that a little more, I’m already a minority in the frum world… I think I can handle it if my children are somewhat different than me.

I don’t know that more [kids from] homeschooling families go off the derech. I prefer to think they don’t: their parents have put their best efforts into children, not just paying tuition ([Though that in itself is] actually a big thing. Parents pay a lot putting children through school).

I spend time planning their education, talking to various people rabbonim, educators, homeschooling parents. I think we put a lot into their education. I know personally my kids really do appreciate it most of the time. I think with that they will continue in the path that we have, maybe even homeschool their own children. 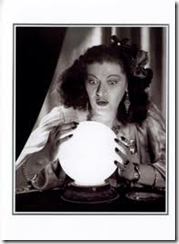 What’s the future of homeschooling in the frum [religious] community?

Hopefully, [rabbis such as the ones on the Yated panel] will get to know more people. They’ll realize homeschooling can be a viable alternative, more than an alternative to the regular school atmosphere.

In an ideal world, mechanchim [Jewish educators] will have a great majority of the children regardless. Most people don’t live a lifestyle in which homeschooling will be honestly possible. Most parents will need two incomes. We’re going to need those schools.

[Not only will homeschooling not threaten established schools, Yael hopes the conversation will be a healthy thing in itself.]

Mechanchim will learn from home educators how to deal with children on an individual basis. Unfortunately, in this day and age, classes are getting bigger, schools getting bigger. Learning from homeschoolers is something they should look towards.

I know I’ve learned a lot from my educator friends: learned a lot about certain teaching styles, things they think are important for my kids to learn so they’ll be fully actualized Jews.

More honest give and take will be good for everybody.