The Annual Packages Have Left the Building

Our annual Xmas packages… same as last year, only for the bread, I just baked an “ordinary” challah, which the big kids thought was kind of mundane, but frankly, I think it’s Good Bread – so there.

Cutting out the first gingerbread cookies of the season… both kids had a great time stamping 5 hearts into this flower pattern, which turned out to be more efficient, dough-wise, than any other configuration I have ever come up with.  The recipe isn’t fancy, but it tastes nice and the molasses does a cool foaming thing on the stove that is really fun if you’re mixing it up with children.  It rolls out beautifully immediately but also refrigerates beautifully.  What more could a girl ask??? 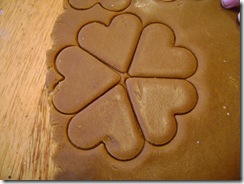 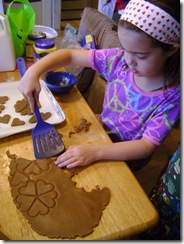 Oh, and the cookies are extra-yummy alongside the first shortbread of the season! 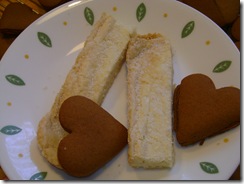 Here are Naomi’s – no idea what that head-thing is on the person in the “Uncle Bobby” card: 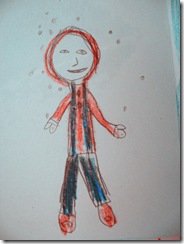 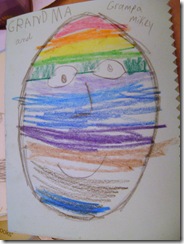 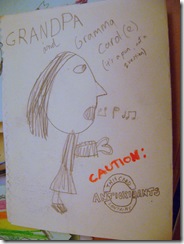 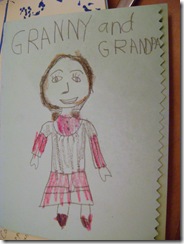 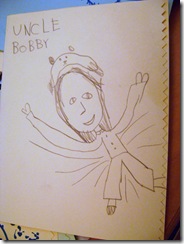 And here are Gavriel Zev’s – he’s going through an “astonishingly big head on a vanishingly tiny body” phase: 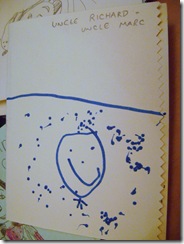 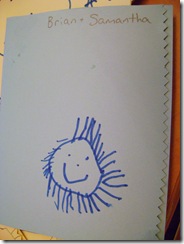 The big kids helped embellish the basic design of their grandparents’ cards with artwork of their own: 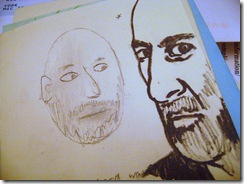 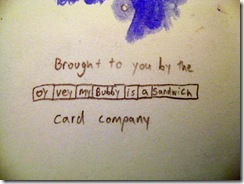 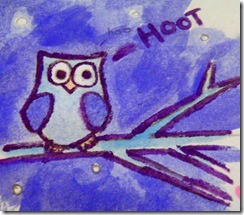 The text on the middle card reads, “oy vey my Bubby is a sandwich.”  It’s a reference to the Yiddish magnetic poetry set  I bought their (non-Jewish, but a big fan!) grandmother a few years ago.  She apparently laid out the words on the fridge to read, “oy vey my Bubby is a shiksa.”  The kids were so offended they made her take the word down.  One of them switched the word so it read “sandwich” instead.

NOTE:  While I don’t consider the word “goy” to be offensive, because it means nation, and the Jewish people are described as one time and again in the Torah, the word “shiksa” and its male form, “shaygets” come from the Hebrew word “sheketz” (שֶׁקֶץ) – an abomination – and are to to be avoided at all times when referring to human beings of ANY religion.  I’m so happy I’ve raised my kids to know this as well…

Where were we?  Oh, yes!  Finally, wrap the parcels all up in the least goyish-looking (goyish meaning “of the nations” :-)) Dollarama boxes I could find (Ted’s here helping with the packing tape extravaganza)… 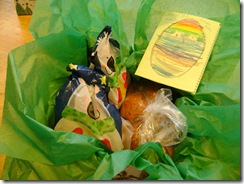 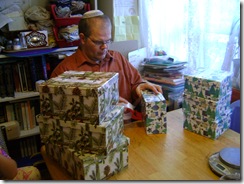 …and out the door they go for another year!