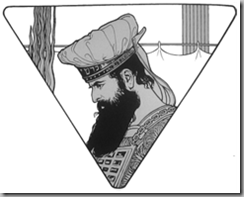 Two brothers and a sister were put upon this earth,
Destined for greatness from the moment of their birth.
They changed the world for better, through their humble ways,
Long lives lived by all of them, sustained for many days.

Miriam was first, a midwife, truly most faithful and swift,
Guarding her brother Moshe, Hashem’s redeeming gift;
Speaking to Pharaoh’s daughter, hiding away unseen,
Leading the women in dancing, playing her tambourine.

Next brother Aharon came along, smooth-spoken even with kings,
Accepting his own role and the toil that being kohein brings,
Of these three he was best loved, for the peace that he sought,
Reuniting brothers and friends if ever anyone fought. 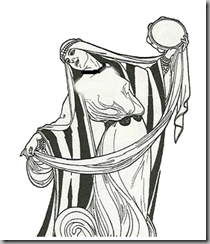 The youngest and humblest was Moshe, man of Hashem,
Reluctant leader of the Jews, often angry with them,
But also most lovingly fighting to save their souls,
Delivering their future, the precious Torah scrolls.

Each brought a gift, a special merit, to help bnei Yisrael,
But each also had a weakness, and sometimes each of them fell.
These heroes are human indeed, just like every man,
Tiring at times, but working hard, just as hard as anyone can.

“Speak to the rock,” Hashem said, to guide Moshe in his path,
But Moshe instead struck hard, venting his mighty wrath;
Yet, in his merit, every day, heavenly man they were fed,
Sustaining bodies and their souls with Hashem’s daily bread.

Making peace is holy, but Aharon took it too far,
Aiding those who sought golden gods, melting their gold bar.
But through his merit, Hashem sheltered them safe within His clouds;
Keeping out arrows shot at them by soldiers in furious crowds.

Miriam stumbled, choosing words that stung and cut like a knife.
But great water flowed through her merit, springs that gave us life
Words, like water, can flow or stop – we decide how they’re used;
Words can injure, smash and tear, or mend a soul that’s been bruised.

Two brothers and a sister were put upon this earth
Destined for greatness from the moment of their birth?
But greatness is not given, it’s earned, through triumphing over our flaws,
Living our lives to share Hashem’s truths, through Torah and all of its laws.