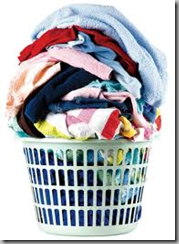 Previous posts you may or may not be offended by:

If online activity is any indication, huge numbers of non-Jews are observing Pesach – perhaps more this year than at any time since the Exodus.

Lots of these people consider themselves “Hebrew Christians” (often called Messianic Jews, but I don’t use that term, since most are admittedly not Jews), and when they’re talking about Pesach, one verse comes up time and time again – Bamidbar (Numbers) 9:14:

If a GEIR dwells with you, and he makes a Passover sacrifice to the Lord, according to the statutes of the Passover sacrifice and its ordinances he shall make it. One statute shall apply to you, to the GEIR and to the native-born citizen.

These folks claim the word “geir” means they ought to be included in observing Pesach.  In fact, they feel downright offended if we suggest that we don’t WANT to include them, or that they ought not be included.

The word geir can be a confusing one, and I have deliberately not translated it.  It comes from a root meaning to “dwell” – and we’re told in the Haggadah that Yaakov went down to Mitzrayim “lagur sham” – to dwell there.  In Mitzrayim, then, he was a geir.

Rashi and other primary Jewish commentators interpret the word “geir” in the verse above to mean a convert, and indeed, this is its contemporary usage.  Perhaps before Rashi’s time, it was more common for non-Jews to hang about at the edges of Jewish encampments, but I’d imagine that in the centuries before and after Rashi, with Jews being so unpopular in medieval Europe (and indeed, around the world), that either type of geir would have been a rare thing.

These days, it’s nothing to read the word as GEIR and see it as meaning a convert – and it’s nothing to assume that, of course, there will be one law for geirim and born Jews.  Why the heck should we draw an arbitrary line when there are so many wonderful geirim breathing life into our communities… and, sadly, so many born Jews who don’t even know the first thing about their Jewish heritage?

But here’s the thing I realized, while puzzling over the interpretation of this word:

How you translate the word GEIR actually makes very little difference in terms of Christian attachment to this festival.  Either way, their interpretation just doesn’t hold together.

As I said, these messiah-following non-Jews lay claim to the word “geir,” add themselves in retroactively with the eirev rav (intermingled Egyptians who came out of Mitzrayim) and decide they are equally entitled to observe Pesach.

Entitled, indeed, but mysteriously enough, not obligated.  Any claim that they are OBLIGATED to keep Passover is already a little iffy, because they also believe they are redeemed only through their messiah’s blood.  In the words of one congregation, “We keep the commandments out of wanting to demonstrate our love and devotion for our Creator… [not] to earn salvation or make our Creator obliged to us in any way.”

In other words, their observance, as a “demonstration of love,” is entirely voluntary.  It strikes me as rather bizarre that they can ignore the rest of Bamidbar – no, the entire rest of the Torah – which states unequivocally that Pesach is utterly obligatory on all of bnei Yisrael and on geirim.

An obligation is an obligation whether or not you feel like observing it.  Whether you “feel the love” or not, Pesach is coming, so you’d better get your houses clean (Shemos 12:15) and your sacrifices (Bamidbar 9:11) ready.  Nowhere at all is it presented as optional or dependent on your current mood and level of devotion.

In fact, devotion plays a surprisingly small role in Jewish observance.  One of the interesting things I learned early on is that Judaism suggests there is a greater reward for obligatory service than for voluntary service.  Why?

Having volunteered for various things in my life, I can tell you that it’s a good, good feeling.  You get up in the morning all purposeful, feeling like you’re making a difference in the world – feeling inspired, holy.  Maybe not every time you volunteer, but in general, don’t you get just a little self-righteous, knowing you’re doing your part to better the world?

Well, that marvellous feeling is a REWARD.  It is perhaps THE reward for volunteering.  Because it feels so good, Judaism teaches that our reward from Hashem does not necessarily need to be so great.

On the other hand, how does an obligation feel?  Say, the obligation to be standing upright, reasonably alert, and strapped into a pair of tefillin in time for a 7 am minyan?  Pretty icky, most days, I’d imagine.  There is no marvellous feeling, and most days, you might not come away with the sense that you’ve changed the world much one way or the other.

Look at the Jewish concept of charity:  or rather, tzedaka.  Charity is a bad translation, or rather, translation through a Christian lens.  As caritas, it is identified with the “agape” type of love; the inclination of one’s heart.  Whereas, as tzedaka, it is identified  most closely with justice through its root word, צדק, tzedek.  As Wikipedia puts it, “unlike philanthropy, which is completely voluntary, tzedakah is seen as a religious obligation”.

Tzedakah, prayer and, yes, the commandments involved in keeping Pesach have NOTHING whatsoever to do with feeling good, with feeling inclined, or devoted, with love or any particular feeling at all…but we do it anyway.

It occurs to me that these people’s understanding of the word “statute” in the verse above (I’ve often seen it translated as “law”) is highly flawed if they believe that it refers only to an optional devotion.

Imagine if you said there should be one “traffic statute” for born Canadians and immigrants.  Makes sense!  We really should all stop at red lights – it doesn’t matter where you were born.  But imagine if, by “statute,” you meant, “stop if you feel like it.”  That’s what they’re doing with the word “statute” in this verse.  That’s why we do it anyway, regardless of how we’re feeling about it on that particular day.

So we do it anyway, and we are rewarded anyway.  Not, as that one church website suggests, because “our Creator is obliged to us in some way,” but because Hashem is a God who keeps promises – He gave us these observances, and he is obliged to himself.

We do not “earn salvation” through Pesach or any other particular mitzvah; our salvation is assured because we are judged with love by Godly standards of righteousness, which are both infinitely more exacting and infinitely more merciful than any justice we could ever imagine ourselves.

Often, the holiday is its own reward, and certainly, I have felt blessed to be surrounded by loving family and friends, clever and cute children (each one cleverer and cuter than the next!), enjoying rare leisure time and occasionally, a bit of pleasant spring weather (not this year, I’m afraid).

Please don’t think I’m belittling feeling, of devotion, love – we are, after all, commanded to love God; what a crazy paradox, and a complete drash in itself for another day.  I really believe Judaism could use a bit more love and a ton more kavannah (intentionality in mitzvah observance).

Nevertheless, I do believe – and I guess this is what makes me “Orthodox,” despite any kicking and screaming I do over the label – that observance comes first.  That when we accepted the Torah, we said “Naaseh” before “Nishmah” – “first, we will do it… and only then will we listen”; figure out what it all means and how we can bring feeling into it without losing the essential actions of this religion, which is so much more than a faith.

One final thought, which occurred to me last week in the depths of scrubbing:  some of those most vehement about their right to claim Jewish festivals would probably also be most vehemently against diluting Christian beliefs and celebrations, whether to secularize them or to superimpose meanings which distort their unique nature.

Easter isn't simply a "spring holiday" and Christmas isn't primarily a "gift-giving holiday".   Christians adamantly defend the "reason for the season," and I’ve felt their pain at the idea of bland, meaningless but inclusive "seasonal" celebrations stripped of any Christian symbols so as not to offend anyone (except maybe Christians).

This thought left me wondering what it will take to finally earn us the right to protest the misappropriation of our own, God-given, festivals.  Alas, I sense this is a losing battle, and all I’m doing is sitting on the sidelines, chronicling the story as it unfolds, when what I really ought to be doing is… laundry.