Look at the difference 2 weeks makes!

Here are the three free sub-irrigated planters I built two weeks ago. 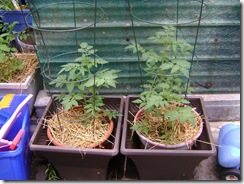 But the zucchini in the small planter is the star of the show.  Click back and see how runty it was!  And look at it now!  (in between these two homegrown bananas…) 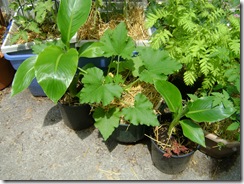 Two out of three of last year’s planters are doing great.  Kale and tomatoes in the left one: 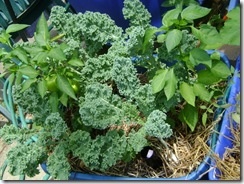 No close-up, but zucchini and a tomato in the right one: 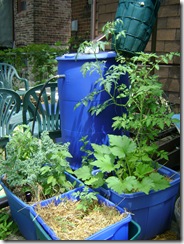 But the third one is kinda runty… I threw in another tomato and pulled out any traces of the leeks that were growing there, in case they were inhibiting the tomatoes’ growth. 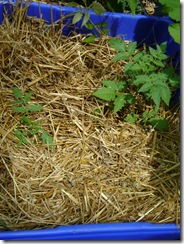 This is a bad picture, because it doesn’t really show the setup at all, but I have two more self-watering planters with tomatoes by the side door.  Again, they were easy and FREE to build and the tomatoes are growing stupendously. 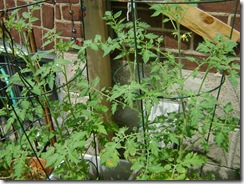 I hope by growing tomatoes in self-watering planters, they will have constant, even access to water and therefore be less susceptible to blossom end rot, which has been a scourge in past years.

I also know they’re less likely to be overtaken by the general wilty malaise that overtakes all my tomatoes by the end of the season.  Here’s a comparison of the sub-i tomatoes vs planter tomatoes at the end of last year.  No contest!