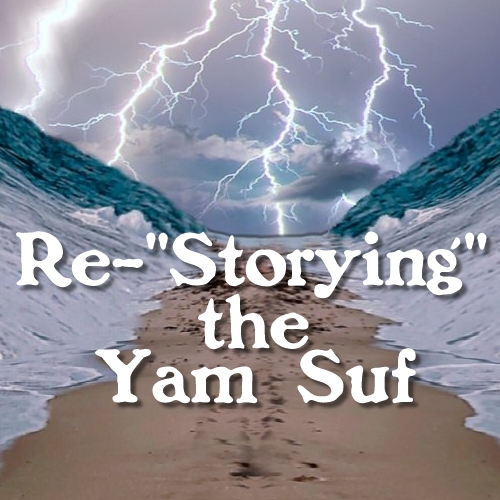 According to Rabbi Ephraim Mirvis, the chief rabbi of England, while the first days of Pesach are a historical commemoration, the last day is all about optimism and looking towards the future. On the last day of Pesach, we read about kriyas Yam Suf, the splitting of the Red Sea.

For me, kriyas Yam Suf is about two separate ideas: first, the leap of faith it took to step out into the water, and the celebration afterwards.

First, when it comes to splitting the sea, the Torah says:

Moshe reached out his hand over the water and Hashem led the sea… made the sea into dry land, and split the water.

While on the surface, the Torah is telling us that the sea split when Moshe stretched out his arm and staff over the water, a midrash explains that in fact, nothing actually happened until one brave person actually stepped out into the water. That first person, Nachshon ben Aminadav, had to walk out, trusting that Hashem would make something happen. The midrash says he was actually neck-deep before the water actually parted. I am completely confident that with that kind of faith, he would have gone all the way, covered himself up in water, if that’s what it took.

And then, once bnei Yisrael get to the other side of the Yam Suf and the sea closes, they’re not sure what to make of the whole thing. After all, they’ve just seen all the Egyptians drown, including their horses. It must have been pretty gruesome.

Looking back historically, it’s hard for me to imagine a huge party in Auschwitz the day after liberation. Everybody there was too exhausted, too defeated by everything that had happened, to have the inner resources to celebrate. That’s understandable.

There’s an idea in psychotherapy of using the narrative a person creates around an event in order to help that person heal and grow and resume normal life. Narrative therapy uses the power of stories to help people find purpose and meaning in the things that happen to them. This includes terrible things, life-changing, traumatic events, the kind some people never overcome.

As someone who spends lots of time thinking about story, this idea really appealed to me.  And as Thomas King often says, “the truth about stories is – that’s all we are.”  The stories we tell ourselves are, in some very deep and real way, our selves.

(find out more in this great book, based on his Massey Lecture series…)

In cases of PTSD, for example, the idea is that “restorying” the narrative of a person’s life can empower them – teach them that they are not just a victim, they are a survivor. They are powerful. They have overcome.

Now imagine a bedraggled band of former slaves who have just watched their oppressors die a horrible death. And imagine the one person who has the strength to say, “Let’s tell this story a little differently. Let’s be survivors.”

That takes a special kind of optimism. The optimism to pack a tambourine.

And Miriam had exactly that. The Torah says

Miriam, the prophetess, Aaron's sister, took a timbrel in her hand, and all the women came out after her with timbrels and with dances.

She’s not denying that the past has been terrible, that the journey has been rough, or even suggesting that there aren’t still tough times ahead. She’s just letting them know that there’s another way to look at it. Looking at everything that has happened through the eyes of a survivor.

Rabbi Mirvis tells an amazing story – amazing, maybe, because I’d never heard it before. I’m going to say it over verbatim, with gratitude to him for sharing it.

The Talmud tells a story of a man who was on his way to a destination he hadn’t previously visited – he arrived at a crossroads and alas, the wind had blown down the signpost. He didn’t know whether to go right, left or straight and he sat on the ground to bemoan his fate. Then suddenly a thought crossed his mind – he did know what one of the directions was – he knew where he had come from. He ran up to the signpost and placed it in the ground, with the arrow pointing in the direction of his point of origin, and from this, he could work out which way to go.

The two stories, of Nachshon and of Miriam, are not unconnected. They’re basically walking side by side. They’re together in this journey. But unlike many others, who were almost certainly traumatized by all it took to get out of Mitzrayim, these two people share the gift not only of looking into the past but weaving a narrative out of past events that builds towards a brighter, better future.

May this chag for all of us be one of optimism and looking forward to a brighter, better future.