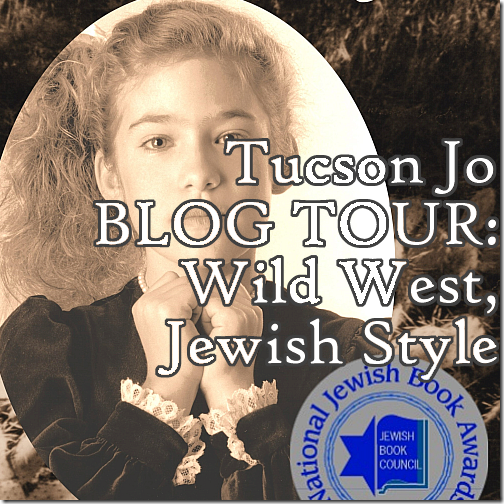 You know that saying about how history is written by the victors?

That usually doesn't include us Jews.

You've heard of Wyatt Earp, right?  But probably not of Charles Strauss, the Jewish mayor of Tucson who was among the law-abiding citizens whom Earp and his brothers tried to terrorize in 1882. 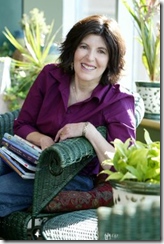 And you've probably never heard of Strauss's daughter Josephine, "Tucson Jo," either.  That's okay, though.  Because she's a fictional character in a recreated Tucson of 1882 written by Canadian children's writer Carol Matas. 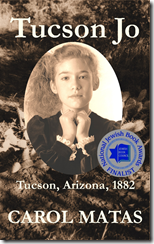 I'm proud to introduce you to Tucson Jo, the book (it’s pronounced TOO-son, like the city), as part of the book's blog tour.

Although Tucson Jo is fictitious, Matas - who's written 45 books for kids and young adults - has researched her story meticulously and woven Jo's life around actual historical events of the period.

And Tucson Jo, the kid, is definitely somebody you and your kids may want to meet.  She's 14 years old and longs for the day when women will have the right to vote, or at least, to wear pants up and down the streets of the city without causing a scandal.

She also, to her credit, wants to learn Torah, like her weird little brother Isaac, and she does manage to convince him to teach her a little of what he's learning from their father.

Like how Jo's younger brother is supposedly studying Torah just a few hours after school each week, but begins spouting high-level Jewish wisdom that I doubt he'd come across in the Chumash itself.  In one case, he even begins prophesying, which I found a little far-fetched.

Also… at one point, Matas refers to the Talmud as a "commentary" on the Torah, which is simply incorrect - perhaps she's thinking of midrash?

I was also disconcerted when Jo's family takes the opportunity of a sunny Saturday to go to an amusement park and picnic.  Maybe I found it so jarring specifically because Matas carefully points out that if they were more observant, they would be in synagogue.

I wondered if this scene couldn't have taken place on any other day, or have been written in some other way.  I understand that Jo's family isn't religious, but this (combined, perhaps, with Jo's going on and on and on about the wonders of wearing pants – a little irritating to me as a reader who hasn’t worn pants out of the house in 20-plus years) certainly means that the book will find less acceptance among religious readers.

Oh, yes… also, in a rather hasty epilogue, Jo grows up, marries her non-Jewish childhood best friend, Connie.  “All her children,” the book concludes, “are raised in a Jewish household” as Connie’s way of making amends for his father’s underhanded, antisemitic tactics during that election campaign.

So I’ll be honest:  if you’re looking for Jewish role models who dress Jewish, act Jewish and marry Jewish… this might not be the book for you. (And some or all of these might be the reason the book wasn’t picked up by a larger publishing company, Jewish or otherwise.)

However, none of these issues stopped Tucson Jo from being named a finalist for this year's National Jewish Book Award in the Children's and Young Adult category, along with Storm by Donna Jo Napoli and I Lived on Butterfly Hill by Marjorie Agosin.

I'm happy to see small presses sending their entries up against the big guns.  In fact, this year's winner, Spinoza: The Outcast Thinker by fellow Israeli Devra Lehmann (and fellow SCBWI Israel member!) was another small-publisher entry, from Namelos Press.  So not only are these guys entering, up against companies like Simon & Schuster, but they’re actually winning.

(Sorry to go on about this, but it really is very, very, VERY good news for those of us whose books aren’t likely to be picked up by the big guys.)

My only issue with Tucson Jo’s small-press provenance is the book's cover, which I found slightly amateurish and distinctly unappealing, with its layers of brown on brown on brown.  But perhaps others will disagree.  It is reminiscent of others in the genre, particularly the Dear Canada books and other period novels for kids.  And certainly, it looks a whole lot nicer with the National Jewish Book Award seal on the front!

Despite its flaws, there’s a lot to like about Tucson Jo, including its active, go-getter female protagonist and its unique perspective on a period of U.S. history where Jews are rarely seen in history books.

Matas is an incredibly versatile writer, who, to her credit, refuses to be pigeonholed as a writer of Jewish fiction, historical fiction, or even of fiction at all.  Some of her other many books include Greater Than Angels, Of Two Minds, Pieces of the Past (part of the Dear Canada series), and When I Die. She lives in Winnipeg, Manitoba, a lovely place I have flown over numerous times (and spent a total of two hours, but my mother had a lovely Shabbos there a couple of years ago).

Look for much more from Matas in the future, both for kids and for adults, including what she describes in yesterday’s interview with Deborah Kalb as "a new speculative fiction book for Scholastic."

I’ll be hosting another blog tour later on this week, a Q&A with Jewish children’s writer Barbara Krasner, to share her new book, Goldie Takes a Stand, about the childhood of Israeli Prime Minister Golda Meir.  I hope you enjoy discovering these books as much as I enjoy reading them and sharing them with you!