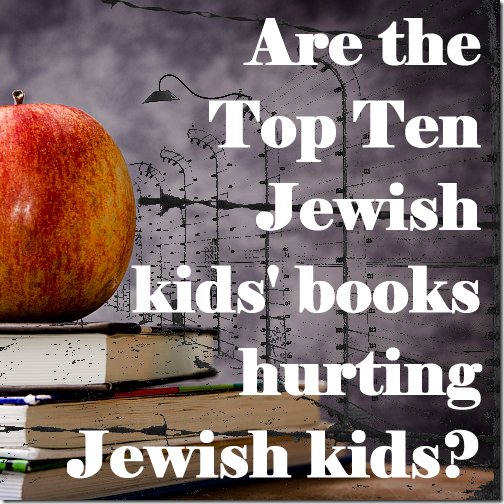 Remember that Paperclips movie a few years ago?  There’s a book out about it now, too.  The movie made me angry, and tonight I’m angry again, for almost the same reason.  Am I the only one?

In case you missed it, h

ere’s one description of the Paperclips movie:

When the principal of Whitwell Middle School sought a program that would teach diversity to a predominantly white, Protestant student body, the notion of focusing on the Holocaust--specifically Hitler's extermination of six million Jews--seemed like an obvious way to go.

Seriously???  If you’re trying to teach diversity to kids who have never met a Jew, you teach the Holocaust?  That makes as much sense as using slavery as the core of a curriculum about African pride, history and culture.  Or smallpox as a way of teaching about native Americans.

See why my brain is steaming out my ears just thinking about this movie?  Do I really want the only thing kids in Mississippi to learn about my ancient faith is that six million of us were killed?  Sheesh.

That’s why the paperclips movie made me mad, even though everybody else was gushing all over about how wonderful it was at the time.  Well-meaning or not, the Holocaust should not be the core of a diversity curriculum.  Diversity should focus on Judaism as it’s LIVED, not as it’s died.

Which is why I was appalled tonight when I took a look at Amazon's Top 10 list of Jewish kids’ books.  Amazon updates its lists hourly, so this is totally subject to change at any second.  But these results are not atypical.

#2, The Boy on the Wooden Box – Holocaust book

Maybe you see where I’m going with this…?  But hang on, 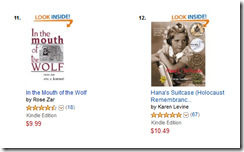 Numbers 11 and 12 appear to be Holocaust books as well… along with quite a few others as you go through the Top 100.

So what does this mean for us as Jewish parents, Jewish readers… or even, perhaps, as Jewish children’s-book writers?

In the rest of the world, they say sex sells.  Here in the Jewish world… the Shoah (Holocaust) sells.  Period.  At the moment, at least where our kids are concerned, there’s very little else creeping into the Top 10.

And by the way, I here’s you noticed that the three books that were NOT Holocaust books were all historical, set 70 years ago or more.

So what's the message these books are teaching about Judaism?
That’s easy.

A message like this may not hurt our kids physically… but if we think it isn’t hurting them spiritually, we’re kidding ourselves.  It’s telling them a ton about who we are as Jews and what our role is in the world, and that message is not entirely positive.

“Your job, my Jewish child, is to be hunted and survive.  You can do it… we’re tough.”

Here are excerpts from some of the book descriptions from those Top 10 books:

Yup.  Jews may be survivors… but most weren’t.

Is this what we want to teach?

So tell me.  Would you want to be a Jew if this was 7/10ths of what you knew about Judaism? 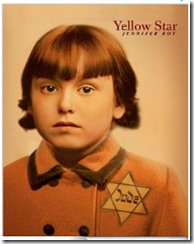 Don’t get me wrong.   These are wonderful books (top of my must-read list is Yellow Star, which is written in gorgeous, spare free verse).  They are Important Books.  They are and should be a HUGE part of our narrative of modern life as Jews.

If the books we hand our kids and buy for them and assign on their curricula represent what we want them to know about Judaism, then seven-tenths is far too many.

Of course, a big part of the fuss is that non-Jews buy Holocaust books, too.  There’s a huge market right there.  Especially considering Holocaust studies are mandatory (or very nearly so) in many public schools.  So they appeal to mainstream publishers like Simon & Schuster, Houghton Mifflin and Macmillan, in a way that say, a Shavuot book would not.  Most Jewish books, apart from those about the Shoah, are only considered by “niche” publishers.

So there’s big money in it.  Like I said, the Shoah sells.  And almost nothing else does. 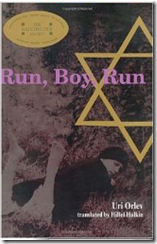 “'Srulik, there’s no time. I want you to remember what I’m going to tell you. You have to stay alive. You have to! Get someone to teach you how to act like a Christian, how to cross yourself and pray. . . . The most important thing, Srulik,' he said, talking fast, 'is to forget your name. Wipe it from your memory. . . . But even if you forget everything—even if you forget me and Mama—never forget that you’re a Jew.'"

What looks like a positive message here, “never forget that you’re a Jew,” is in my mind almost totally wiped out by the imagery and mood of danger that the book creates around the very idea of being Jewish.

I don’t know what to do about this problem, but it IS a problem.

The Tree of Life

And okay, I do know what to do about this problem, too.  What we need to do is share our history with kids… but also affirm the joy and meaning in Jewish life, as it is lived, by the living.

Just out of curiosity, I searched through Run, Boy, Run for words like “Torah,” “Shabbat,” “Holiday.”  Nothing.  That doesn’t prove anything.  Except, maybe, that it’s a little hard to remember you’re a Jew if the only reason you’re Jewish is so you can keep on running.

The question for all of us is how to create books that are Important and Serious and properly historical (because we should not forget our history) but at the same time, make them Joyous and Life-Affirming and Fun.  That doesn’t mean they can’t have grit.  Maybe just a little more sense of purpose in place of random, meaningless suffering.

It’s an open question… and a challenge to us as parents, as educators, as writers.

The Torah, Judaism, our tradition; it’s all a Tree of Life to those who hold fast to it.  But as with the case of poor Srulik, a lot of these books are about clinging to a Judaism that isn’t really there.

If we must teach the Holocaust, shouldn’t we first establish who Jews were, are and will continue to be?  And the only way to do that that I can see is with more books on how to live as a Jew… and fewer about how to run, flee, hide and too often die as one.

Something to think about – and I’d love to know what you think.

Am I the only one angry about the paperclips thing?  Appalled at this Top Ten list?  Let me know in the comments.